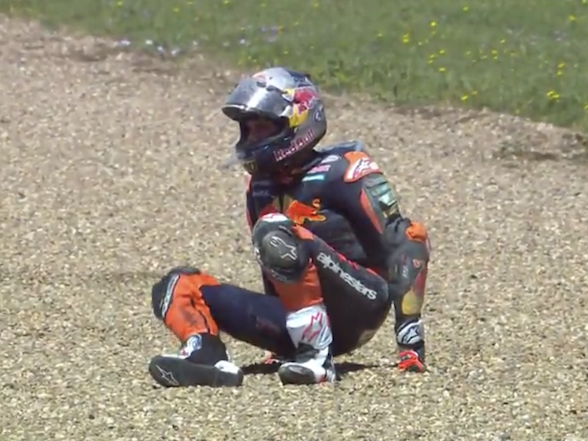 Things have not gone according to plan for Darryn Binder after two crashes during the Saturday at Jerez, the first being a highside during the morning practice that he walked away from, and the second being a particularly nasty one where he made contact with the back of another rider coming out of the fast turn four sweeper. He tumbled massively, dislocating his shoulder and damaging his ankle in the process. 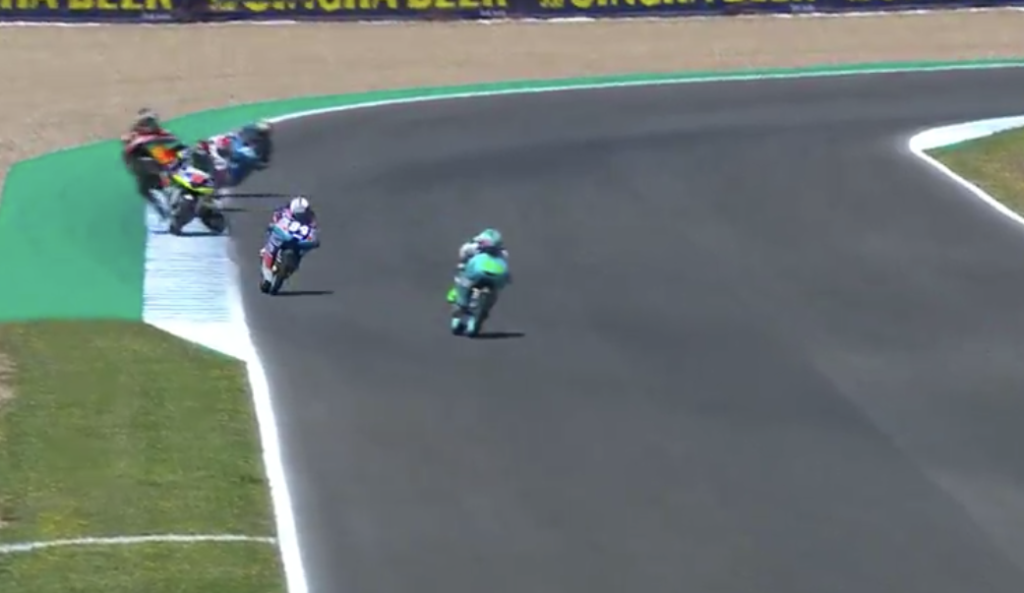 After the accident, Binder commented: “I honestly don’t know what happened in the incident. I was just starting my first real hot lap, was coming out of Turn 4 and following in the slipstream of the rider in front of me. I don’t understand what happened, but it was a very big crash. I’m lucky that I haven’t broken anything, but I feel really banged up. The strongest pain is in my right ankle at the moment. It was a really big one. Now I will try to rest up as much as possible, and we’ll see if tomorrow we are lucky and the doctors let me participate in the race.”

This morning the medical team unfortunately marked him as unfit to race, but without any broken bones he should be strong again for the next round. See the video below: