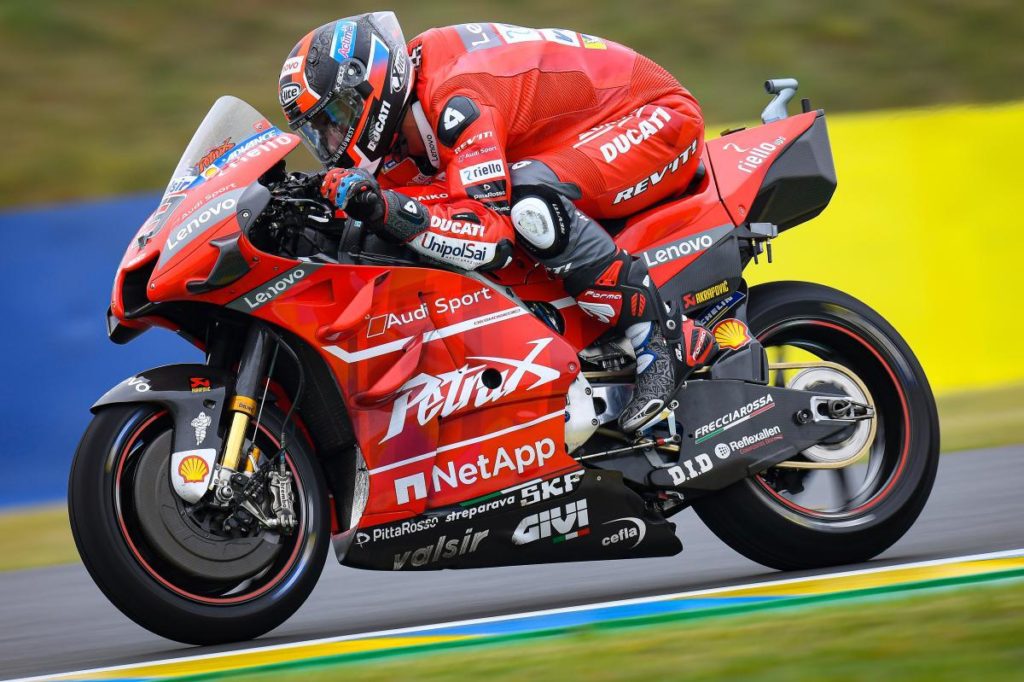 Shaun Wray does a good deal of thinking, pondering and thinking about pondering. Motorcycles, having played a significant role in his life since a little after he parted ways with his pram, are usually at the forefront of these thoughts. Today, he’s thinking about MotoGP and Danilo Petrucci’s life after Ducati.

Having watched two-wheeled racing for my entire life and having gone to various races, both here and abroad, there is no denying that MotoGP is the absolute pinnacle of the sport. Race weekends are filled with spectators from FP1 right through to Sunday evening, in Mugello you can hear chants of ‘Vale’ all night long and the party goes on until the early hours of Monday morning. The races are attended by a variety of celebs from footballers to movie stars and the MotoGP village is a red-carpet affair.

However, for a rider all this pomp and splendour comes with pressure – the teams need results and as a rider you are desperately trying to prove your worth in every session. In previous years, there was a strong trend where MotoGP teams would pluck the occasional exceptionally talented rider from World SBK and let them play with the classic pedigree of MotoGP rider.

What is the classic pedigreed GP rider? Well, if you look around, it’s fairly obvious names like Rossi, Pedrosa, Marquez times two, Lorenzo, Dovizioso, the Espargaro brothers and Alex Rins, just to name a few, would have raced mini-moto in their home country, then progressed to 125cc two-strokes or a Moto3 European championship, and as soon as they were quick enough, would progress to 125 or Moto3 World Championship level normally all by their 16th birthday. For the Australian, South African or American talent they would typically, need to win everything in their own country and try head to a single-make series in Europe or the UK to see if they are fast enough. Both Casey Stoner and Brad Binder started their European careers racing in the Aprilia junior cup in the UK, and once a rider really believes they have what it takes they can look at joining Redbull Rookie Cup, or maybe just find a decent ride in the entry class and make the most of their time. Riders will be tried, they will be tested and if they are very good one day, if they have done and said all the right things, they might just become a MotoGP rider. 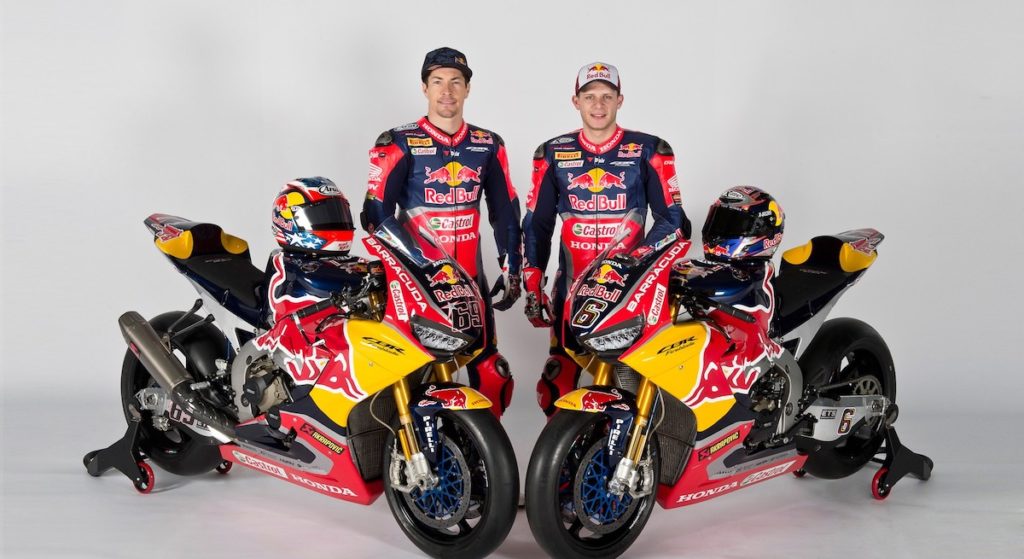 Now, for some riders who have less of a budget (still more money than most) you can try your hand in the World SBK paddock – the racing is great and you race modified production machines similar to ones you race in local series with parts you can buy online. Not so long ago, there were more classes which aligned closer to many local series, such as Stock 600 and Stock 1000s, all springboards to craft your skills on and hopefully launch yourself towards the World SBK class, the cream of the crop for modified production race machines. A lot of you may not know or maybe just not remember but the very likeable Ducati Factory rider Danilo Petrucci started on this path.

His road racing career started in 2006, in a local Superstock 600 class before eventually spending 2008 and 2009 in the European Superstock 600 class which follows the World SBK to all their European rounds as a support class.  By 2011, he was runner-up in FIM Superstock 1000 category onboard a Barni Racing 1098R, second only to Davide Giugliano also on a 1098R. In 2012, his career took a massive shift though – he was scouted by a MotoGP team.

Now, before we go any further, he definitely wasn’t the first to jump from the World SBK paddock to the MotoGP one, but those riders were guys like Troy Bayliss, Colin Edwards, Cal Crutchlow and Ben Spies who were proven to be cut from a different cloth, and if they only had marginally more talent, they had tons more grit and determination which lead to successful MotoGP seasons. However, for Danilo it was not a Factory Ducati team or even a Tech 3 Yamaha team knocking at his door in 2011. It was Ioda.

Who TF is Ioda? Exactly!

Ioda was that little CRT team that built a bike with their own chassis and an Aprilia engine in 2012. Then, in the same year, changed to a Suter chassis and a BMW s1000 engine, used the BMW and Suter combination for 2013 and back to the v4 of Aprilia for 2014. I am not surprised it was a tough time for Danilo, but despite being 20% down on horsepower to the top factory bikes, he smiled a lot and managed a best of 8th position in his three years on the CRT bikes.

Being the likeable guy, he is mixed with some determination, elbow grease and connections. He was given a one-year contract with the Pramac Ducati Team for the 2015 season, which saw him grab a maiden podium by coming second at a very wet Silverstone, and quickly became a force to be reckoned with in the wet. Year on year, combined with his likeable attitude and the occasional podium performance, his fan base grew and by 2019 he was a fully-fledged Ducati Factory rider. His factory career started in style with nine top six finishes, and a first premier class victory in Mugello; a dream come true for any Italian rider. However, the second half of the season left him and his team scratching their heads after not achieving any top eight finishes in the last seven races of the year with two DNFs. Some say this is due to his size, and others say the pressure of being a factory rider was a little too much for the humble Wreck-it Ralph look alike.

It didn’t come as a massive surprise when Ducati factory, who are desperate to win a championship, announced the signing of Jack Miller shortly followed by Petrucci’s announcement that he will be leaving the team. If you were Petrucci what would you do?

As I mentioned earlier, the best of the best World SBK riders have moved across to MotoGP and made a success of it, so surely it is an easy transition to go from MotoGP to World SBK? Well it isn’t. World SBK is still a world championship, the riders are quick, the bikes and tyres are different, and some of the track are different. Riders before have made this move, some with success and some were unlucky, and one even bought his way back to MotoGP.

Let’s look at some of the top names to move from MotoGP to World SBK. 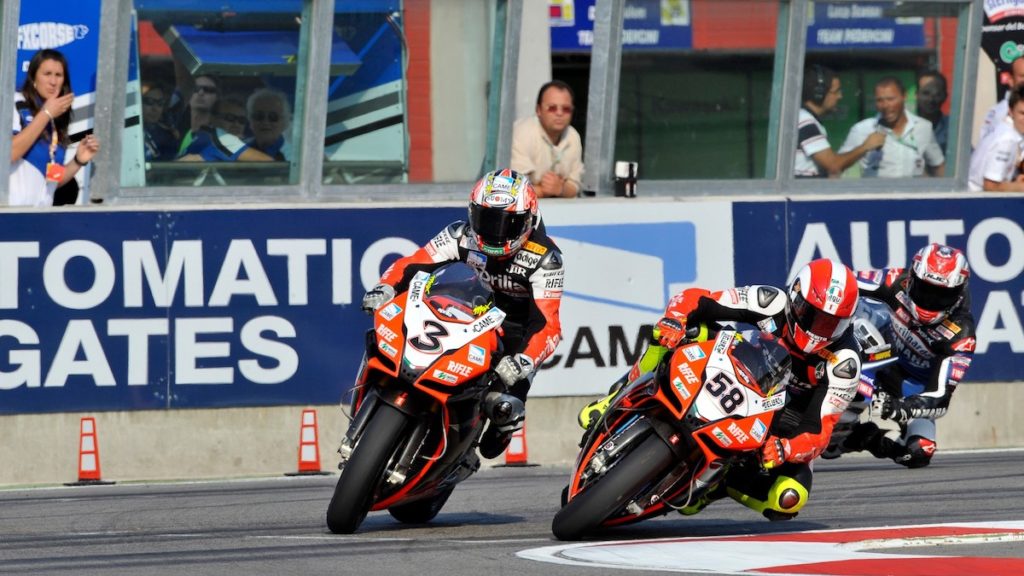 If in fact the pressure of the Factory ride was too much for Petrucci, then a jump to World SBK isn’t the best move for him. Fans, media, sponsors and bosses will expect results. He will without a doubt be in the spotlight, just as Bautista and Scott Redding are and that’s before he dons a lid and goes to battle with the what appears to be the unstoppable duo of Johnny Rea and Kawasaki. Alternatively, he can stick around the MotoGP paddock, which he enjoys. He is adored by fans and he can join the ragazzi at Aprilia who speak his language,  will welcome him with open arms and great him with a big bowl of gelato as a GP winner. He can give valued input on the development of the bike and depending on who his team mate is, he could be the number one rider. But, most importantly, he will do as he has always done, and that is try his hardest with the right attitude, something that the Noale factory really needs at the moment.

Wherever the big friendly Italian goes, I look forward to his charisma and the occasional surprise result.