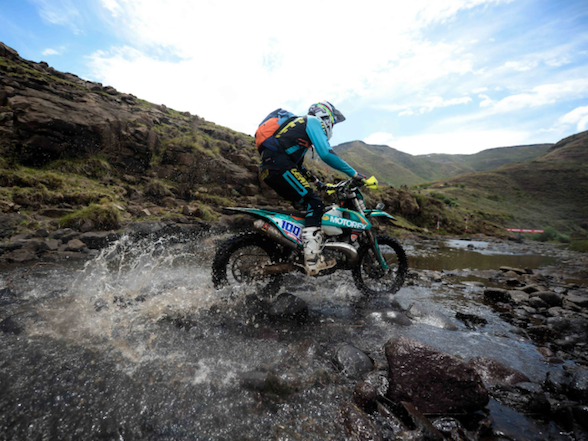 Pics: www.zcmc.co.za
The weekend marked the 51st edition of Africa’s oldest enduro race – the Roof of Africa. Making a guest appearance in the Brother Leader Tread KTM squad was Lyndon Poskitt, an international rider well-known for his popular travel series ‘Races to Places’. 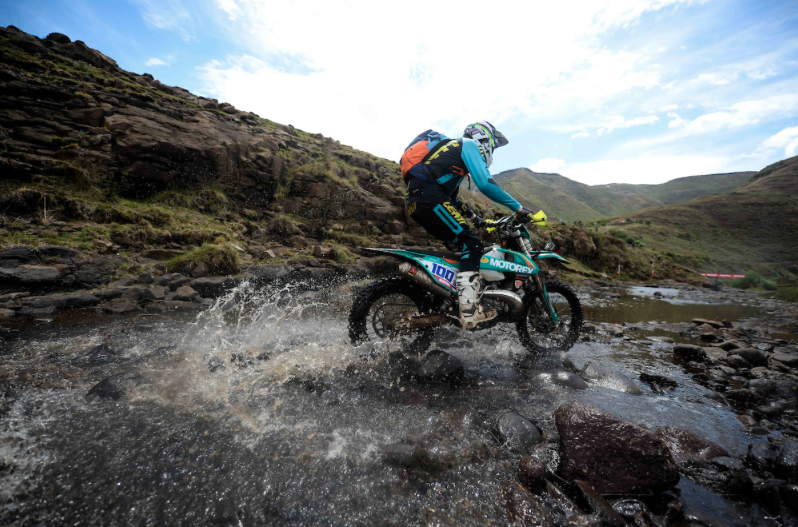 As a Malles Moto Dakar Rally specialist, signing up for Africa’s ‘Mother of Hard Enduro’ was a massive undertaking. While navigating through unfamiliar territory came as no surprise to Poskitt, the pounding Lesotho trails, heat and high elevations were certainly a rude awakening.

“To put this into perspective, I spent nine hours taking on massive distances at the Dakar. Today we did 140km’s and it took me the same amount of time!” he said.

While he admits that after the time trial he grew extremely nervous about what he had signed up for, the rider stood in triumph on his Motorex green 2018 KTM 250 EXC TPI on Saturday as he crossed the finish line. Not only did he complete his first enduro race of this nature, but managed to place 23rd in the Silver Class.

“I felt a bit like a fish out of water coming to do this, but here I am at the finish line! The terrain has been amazing and so diverse – from river crossings, drop-offs and steep climbs to rolling hills. The bike has been absolutely perfect, I loved it so much that I rang the dealer back home and bought one!” said an excited Poskitt. 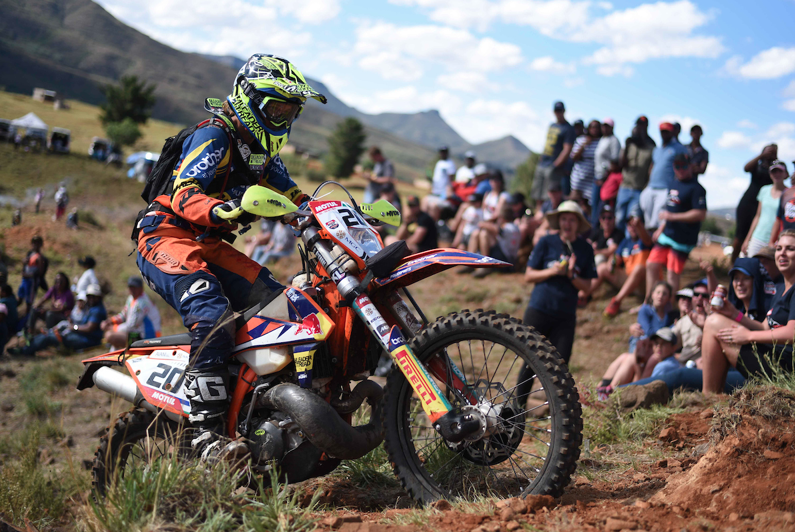 Another stand-out achievement came from Brother Leader Tread KTM’s Kirsten Landman. As the only female in her class, she impressively conquered the Gold route for the third time in her career. After 21 hours of riding in three days, Landman finished in 25th among the country’s enduro elite – the highest she has ever ranked in this event.

“The days were long and there were lots of passes, it was an absolutely incredible route. There were times I just opened up the throttle and closed my eyes, but that’s why it’s called an extreme enduro – the stuff we do out there is extreme! This was by far the most victorious Roof of Africa for me, I’m over the moon,” enthused Landman. 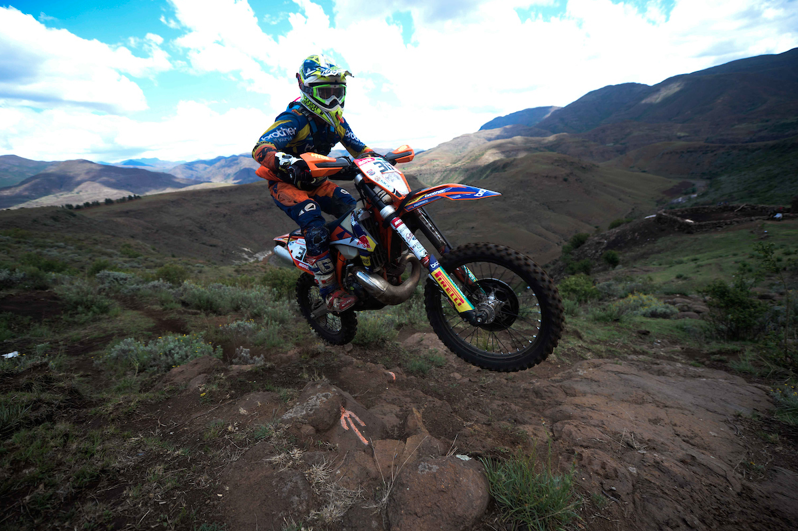 Rounding out the orange squad was Dwayne Kleynhans, who put on the best ‘Mother of Hard Enduro’ performance of his career. A podium finish looked promising for the rider when he wrapped up the first long day of mountain racing with a third place overall. However, after coming back from an arm injury that almost cost him the entire 2018 season, Kleynhans was pleased to have finished as high up in the ranks as he did.

“It was touch and go at some points whether I’d even be able to enter the Roof this year. I’m slightly disappointed to have missed the podium, but at the same time I feel so privileged to have made it to the start line and raced as hard as I did,” said Kleynhans. 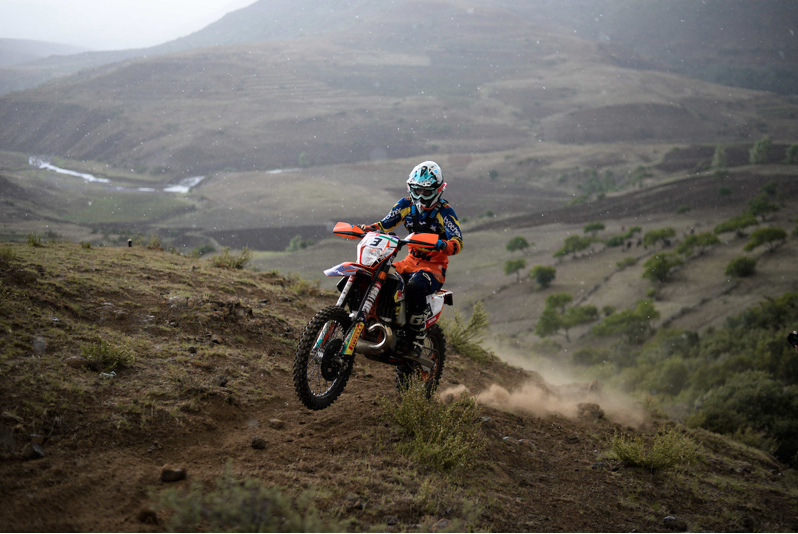 Missing from action was Scott Bouverie, who had to pull out of the event on the first race day due to illness. After a time trial that put Bouverie in the position to fight for the coveted Roof of Africa title, the Brother Leader Tread KTM team were gutted by the news.

“Scott has gone through a testing year, filled with injuries and health issues, a year he’d more than likely want to forget. Despite all of this we continue to believe in Scott. He is one of the most talented riders in South Africa and seeing him push through pain to a point that his body could not take it anymore was heart breaking to say the least. Scott is the type of rider that will push on, even though in pain, so to see him abandoning his race shows the severity of his health issues and was the wise call to make. We’re hoping to see Scott come back strong again 2019, he has proven his worth many times and will sure continue to do so.” said Franziska Brandl, Managing Director of KTM South Africa.