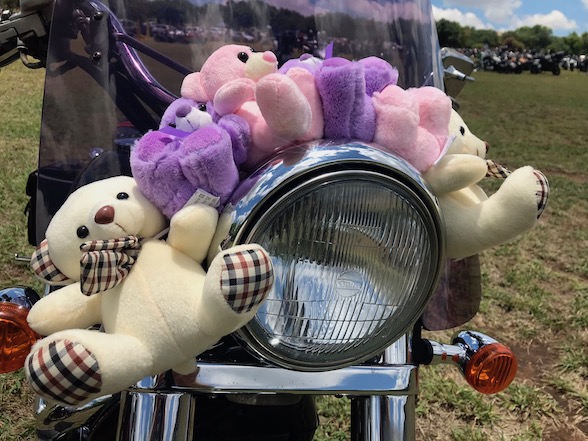 According to News24, a Democratic Alliance councillor in the Northern Cape Province has been suspended after he took to social media on Sunday and called for all motorcyclists to die gruesome deaths.

Ockert Fourie (no relation), the councillor for the Sol Plaatje Municipality – an area that includes the famous mining city of Kimberley, wrote on Facebook in Afrikaans: “I wish I could just take pieces of steal [and see the] blood and intestines and brains [of motorcyclists] against lamp poles and on tar roads.”

This post was in response to what he perceived as biker’s lack of respect for the elderly. “You can’t educate them because they swear and gang up on you and just make more noise. So, blood tissue and pieces of skull and intestines against lamp poles will give satisfaction for this hateful conduct and conscienceless people.”

Today, the DA announced that Ockert (we are going to leave his last name out of this for now) is suspended from the DA, and according to DA Northern Cape leader Andrew Louw the party seems less than pleased with his conduct.

“Fourie has brought the province into disrepute and I would like to apologise on behalf of the DA in the Northern Cape to every biker whose human rights have been affected,” he told News24.

The post has since been deleted, but not before a backlash of angry people could comment. Among them was Amelia Rensburg Viljoen who quite rightly pointed out: “Did you know that bike clubs exist and ride mostly for charity?”

This statement is exactly right, with the likes of The Toy Run and The Santa Run being the biggest two motorcycling events of the year, plus each club and organisation hosting their own individual charity events every weekend, it’s a wonder that people can be so narrow-minded and short sighted.

What are your thoughts? Please comment at the bottom of this page.