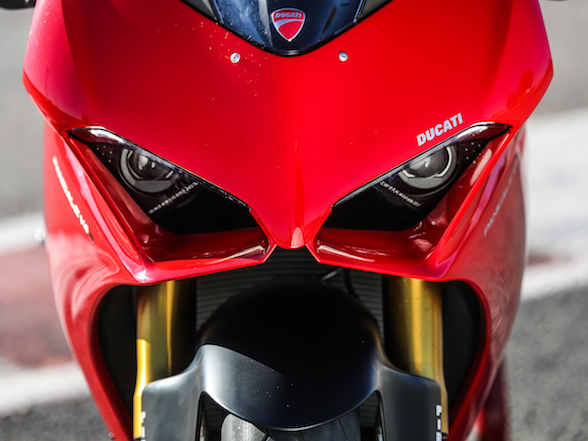 In much the same way as Ducati Johannesburg did last weekend, Cape Town will be hosting their Season Opening this weekend between 23 – 25 February at the Ducati Cape Town store in the V&A Waterfront.

On display they will have, of course, their mighty new Panigale V4, a bike all the press has been raving about, particularly Donovan, who went to the World Launch in Valencia, despite it not ending entirely well for him – see the footage and explanation here.

The press’s enamour for the V4 is not surprising – its new V-four cylinder motor pushes 214hp in a bike that has a wet weight of 195kg. That’s a power-to-weight ration 1.1:1, meaning it makes 10% more power than it weighs. Think about that for a moment. This is coupled with a new chassis and upgraded electronics, including a drift control feature on the rear ABS that will allow the back to be backed into a turn while the ABS keeps everything under control, much like the slide control feature on the traction control.

Also being unveiled at the Season Opening is the new Multistrada 1260 that Donovan (whose dogs have forgotten what he looks like) also went on the world launch of in Gran Canaria. The new Multi runs along the the same principles as the previous model – whereby it is a travel bike, a sports bike, a commuter and an adventure machine all wrapped into one – except that every part of it is a bit better than before. The motor is from the XDiavel, and the enlarged 1262cc unit churns out much the same max power as the previous Multistrada, but with bucket-loads more midrange and bottom end. The new wheels and frame mean more nimble handling and the new electronics mean a better, safer ride.

There is also the updated version of the evergreen Monster 821 that sports the same chassis and motor as last year’s model, but gets some styling changes to look more like the original M900 that put the Monster range on the map, plus receives a new TFT dash.

Like the Jo’burg Season Opening, the Friday night event is only for Ducati owners and media with snacks and drinks being served. The next two days are open to the public. See the below ad for the times. 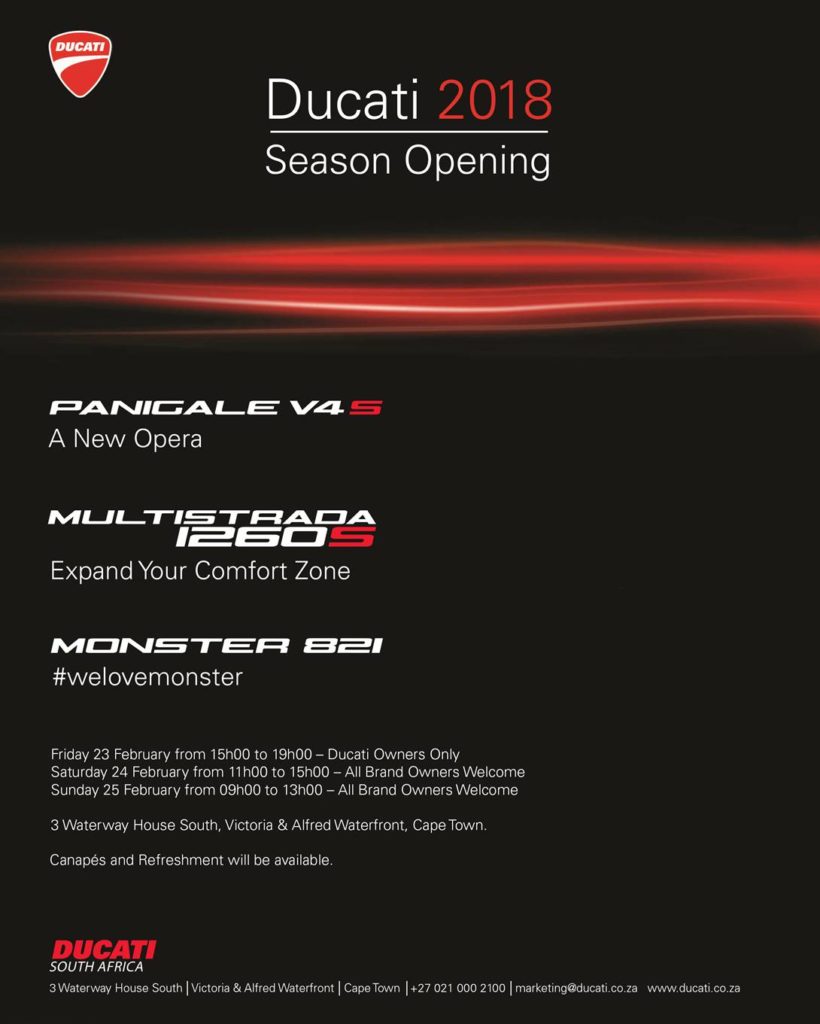