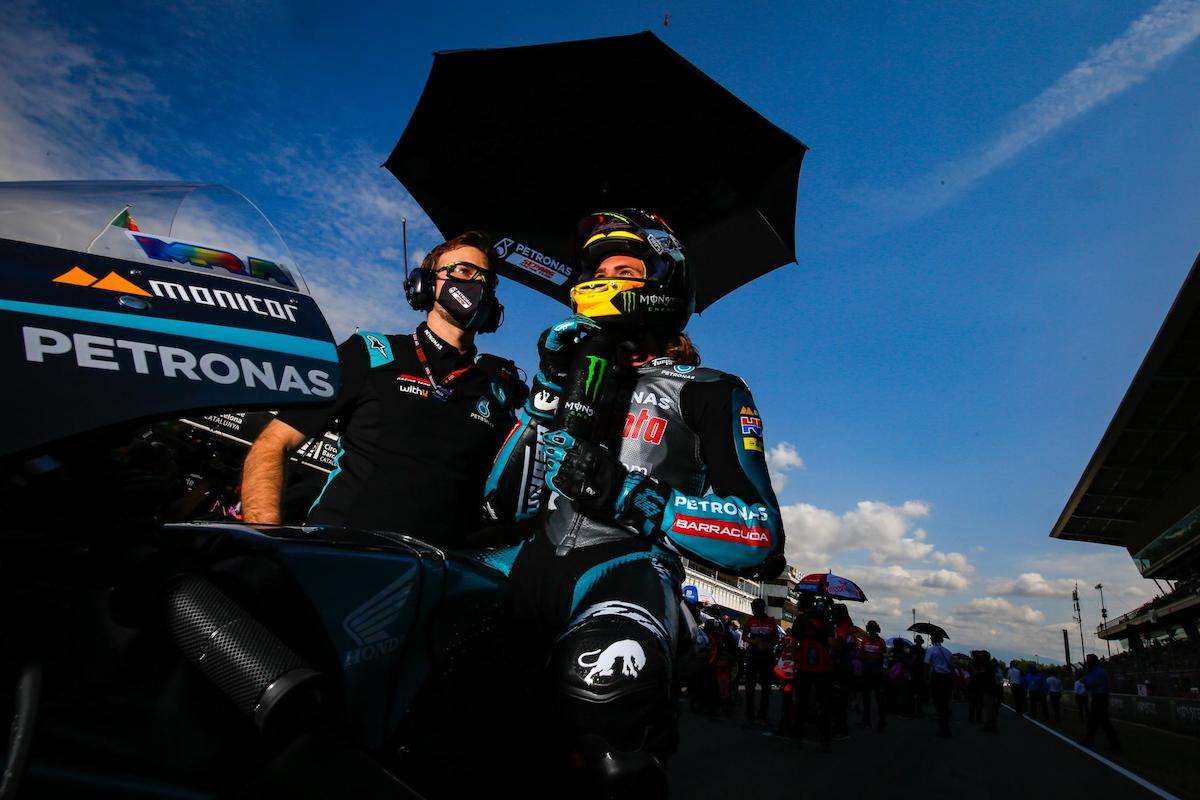 Right now, possibly as you’re reading this, South African Moto3 racer Darryn Binder is circulating the aptly un-vowelled Brno Circuit in the Czech Republic aboard a Yamaha R1 World Superbike. While no official word has been given as to why he is testing a 1000cc superbike, it does seem somewhat obvious – they are seeing whether he has the goods to ride a bigger, faster motorcycle.

If the day goes successfully, and the stars adequately align themselves, Darryn will be offered a sensational opportunity to race in the Petronas SRT Team (or whatever it will be called next year after Petronas pulled the plug) in MotoGP next year.

That’s a canyon-sized jump. The difference between a dainty Moto3 machine and the fire-breathing MotoGP behemoths is massive. A Moto3 bike weighs 82kg, and its 250cc single-cylinder motor dishes out 60hp. From that, Darryn would need to adapt to a bike weighing nearly double and blasts out a continent-shifting 300hp. It’s like moving from a go-cart to a jet car.

It could be too much of a gap to clear, and this is a problem. MotoGP is a cut-throat business with sponsors tapping their feet impatiently and hungry riders lining up for a ride. If he doesn’t cut it in MotoGP within two years, they will cut him.

We are seeing it this year with Tech3 KTM rider Iker Lecuona. After a relatively short career, and at the tender age of 20 years old, he was moved into the Tech3 MotoGP team with great hope and expectation. A year and a half later, he has yet to show significant results or improvement and has therefore fallen victim to the cut-throat-ness of the industry. What he will do next year is yet to be seen, but let’s just say that his services are not exactly in high demand.

And Lecuona moved from Moto2 – the jump from Moto3 is far bigger than that. It can be done, though – we’ve seen it happen successfully. Garry McCoy climbed off a 125cc GP onto a Red Bull Yamaha 500cc. Some might remember his race on the 500 at Phakisa, where he slid and drifted his bike past the regulars to win the race. And went on to score many great results.

More recently, Jack Miller made the jump from the KTM Moto3 bike to a Honda customer MotoGP machine. It took him some years, but he kept improving and kept showing promise. Now, he is a factory Ducati rider with multiple wins to his name.

The “safe” route from Moto3 to MotoGP via Moto2 isn’t exactly a red carpet affair either. Take Lorenzo Dalla Porta, for example. Remember him? You’ll be forgiven if you don’t. In 2019, he dominated the Moto3 Championship and earned himself a ride in Moto2 with the respected Italtrans Racing Team. From consistently being at the pointy end of Moto3, he finished his first season in Moto2 in 27th place and is currently 25th in this, his second season.

When you are in MotoGP, even a MotoGP rider not featuring towards the top of the timesheets, you are a celebrity. People know who you are. You have options. An example of this is Toni Elias, who competed in MotoGP until he lost his ride in 2009. He joined the Moriwaki Moto2 Team for 2010, won the championship and was back in MotoGP in 2011.

Similarly, Thomas Luthi moved to MotoGP in 2018 after eight years in Moto2. It didn’t work out for the Swiss rider, finishing the year with no results to brag about and a 29th in the championship. Clearly, the bigger bikes were not for him. The following year, he was back in Moto2 and managed a respectable third place in the championship.

If not a turn to Moto2 after MotoGP, there’s also the World Superbike route. Johnny Rea is not going to be champion forever.

Darryn Binder does have some things going for him that the likes of Lecuona do not. One is that he will be 24 years old, and any man over the age of 25 can testify to the difference in brainpower between a 20-year-old and a 24-year-old. Also, Darryn has many racing miles under his belt, many more than Lecuona. These miles may not be in MotoGP, but they make a huge difference when dealing with difficult situations and his ability to move forward and adapt.

Every budding young racer wants to be in MotoGP. It is the undisputed pinnacle of motorcycle racing, and the riders competing in this hallowed championship walk as gods among men. If any rider gets the option to race in it, in whatever capacity taking whatever route, it needs to be jumped at. Once you have your foot in the MotoGP door, a world of opportunity opens up for you. Take it.