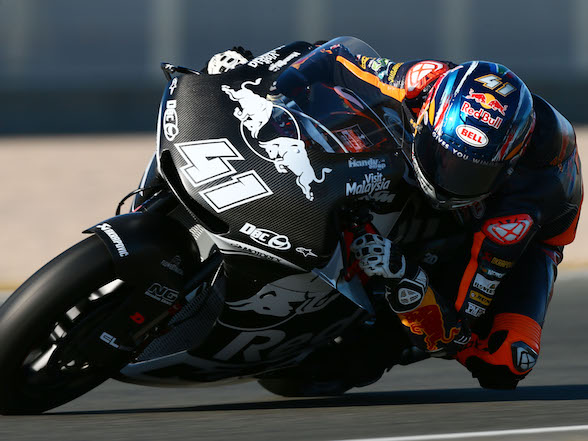 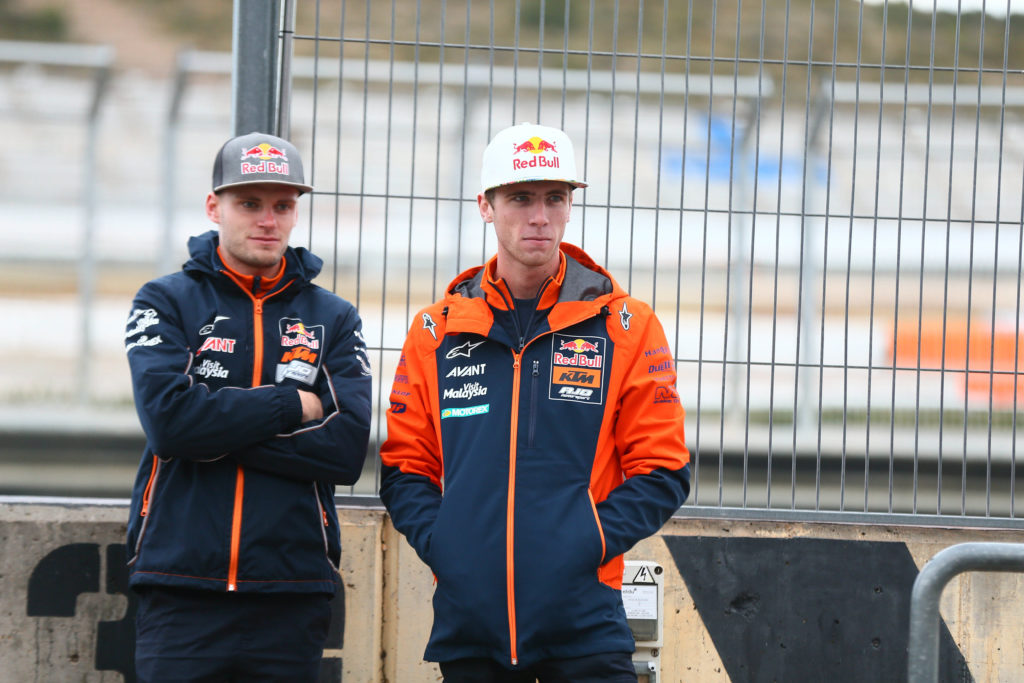 Brad and Darryn Binder had their first outings about their Ajo KTM machines for 2018 during the first combined Moto3 and Moto2 test in Valencia. This test is especially significant for Darryn as it is his first time on-board the works KTM Moto3 bike.

The first day was completely rained out, as was the morning yesterday, so it wasn’t until session two that Brad exited pitlane for the first time aboard the 2018 KTM Moto2 racer. He completed 32 laps throughout the day as he meticulously came to terms with the new bike. He eventually finished the day in ninth place, 0.754 sec behind test leader, Lorenzo Baldassarri, and roughly half a second behind his team mate, Miguel Oliveira. 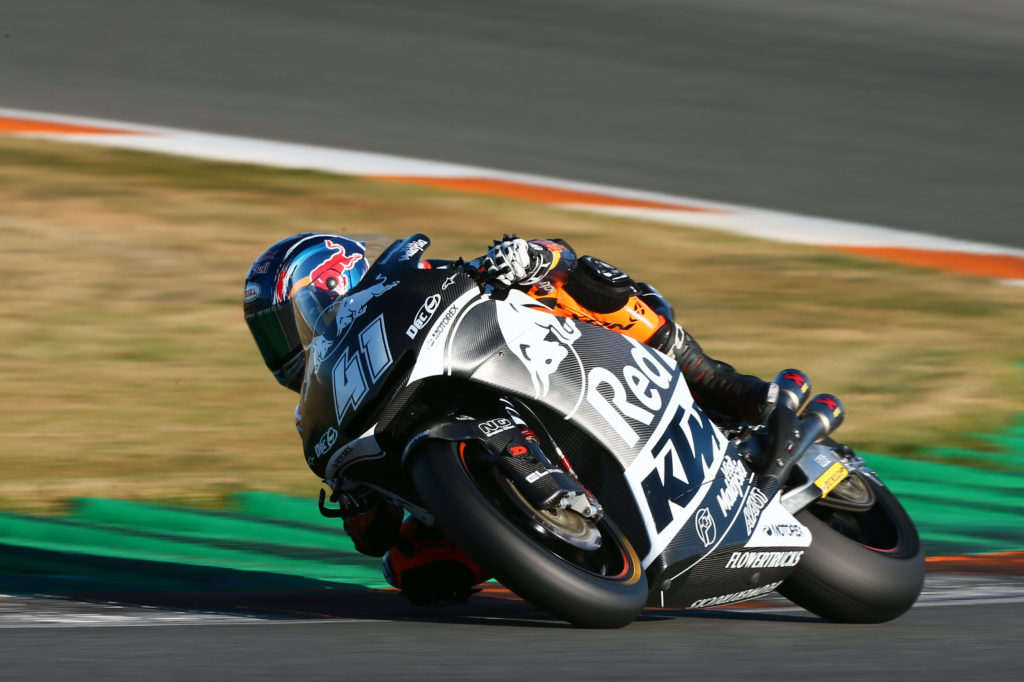 “After two months without being able to ride my KTM, it has been good to be able to undertake my first laps of the year here in Valencia. The weather was not the best, as it was too cold, and we have not been able to work on many things, but at least it has helped me to start finding a feeling and adapting to riding in Moto2. Tomorrow is set to be another very cold day, so we’ll see if we can ride in all of the sessions or not. We will try to make the most of the time available.”

Darryn Binder also suffered with the weather, not being able to ride on the wet first day, and was able to exit the pitlane at only the end of session two yesterday, and therefore was able to put in only an hour of riding aboard his new machine, finishing the day in 18th place 1.673 sec behind the test leader, Gabriel Rodrigo. 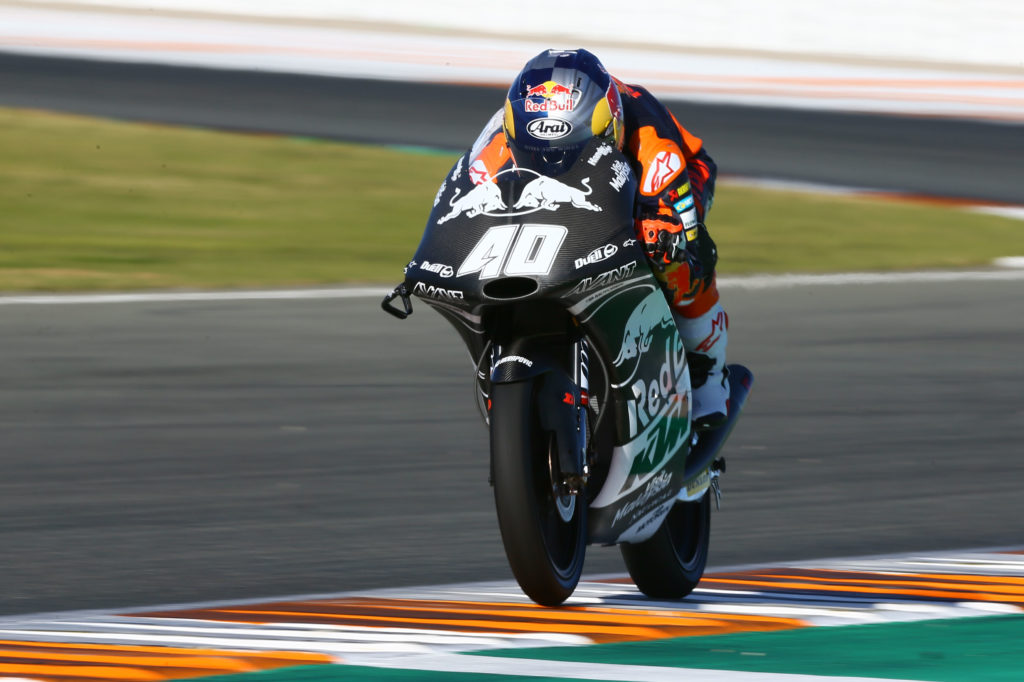 “It was a good first day. Unfortunately, yesterday rain did not allow us to ride and today the track stayed wet until noon. We could almost say that we have only taken advantage of the last session. We have not been able to go as fast as we would have liked, but it has been good to be able to put in some laps again, since I haven’t been able to since the Valencia GP. The track conditions were good, although I felt a bit strange riding, and we were enjoying ourselves again and starting to work a bit on the setup. Tomorrow we will try to continue progressing.”

This is only the first day testing for the Binder brothers, and it wasn’t even a full day. We know from every year since MotoGP has existed that pre-season testing cannot be used to predict race results. We all know the Binders are racers, and the race starts when the lights go out. That’s when they shine.