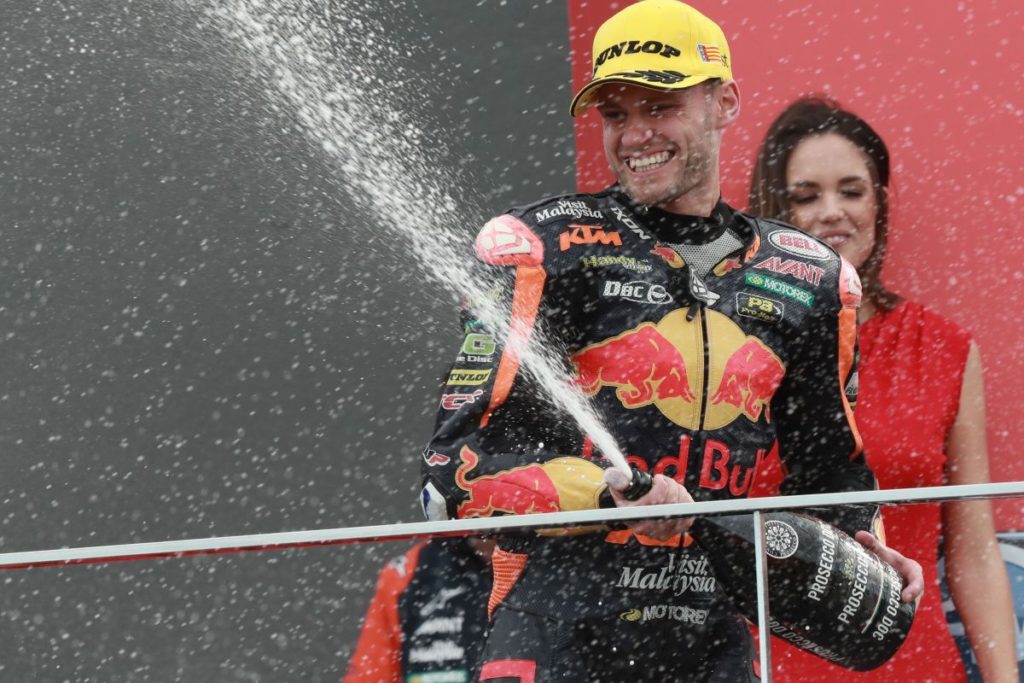 Brad Binder ended his Moto2 career at Valencia by taking his third win in a row aboard his Red Bull Ajo KTM. He also wrapped up second in the championship, just three points from title winner Alex Marquez, after a difficult start of the year plagued with severe handling problems from the KTM chassis. From Assen onwards, the South African and his team managed to turn things around. To illustrate this, here are the top six championship positions if we took the season only from Assen onwards:

In those last twelve rounds, nine were podium finishes and five were wins. To say his move to MotoGP next year is deserved is an understatement.

Binder started the Valencia race in seventh place, by the end of lap one he was in third and second by lap two. From then, he looked ominous, trailing Thomas Luthi by an ever decreasing margin. That was when the wind began to pick up making holding lines and determining brake markers difficult. He also struggled to find a way past Luthi with the Swiss’s stop-go riding style making life difficult for Binder’s flowing lines.

After a few failed attempts, he made a block pass into turn eight with two and a half laps to go, and then pulled a 0.7 second lead to take the win, his third win a row. With Marquez crashing out, Binder finished just three points behind the championship leader. 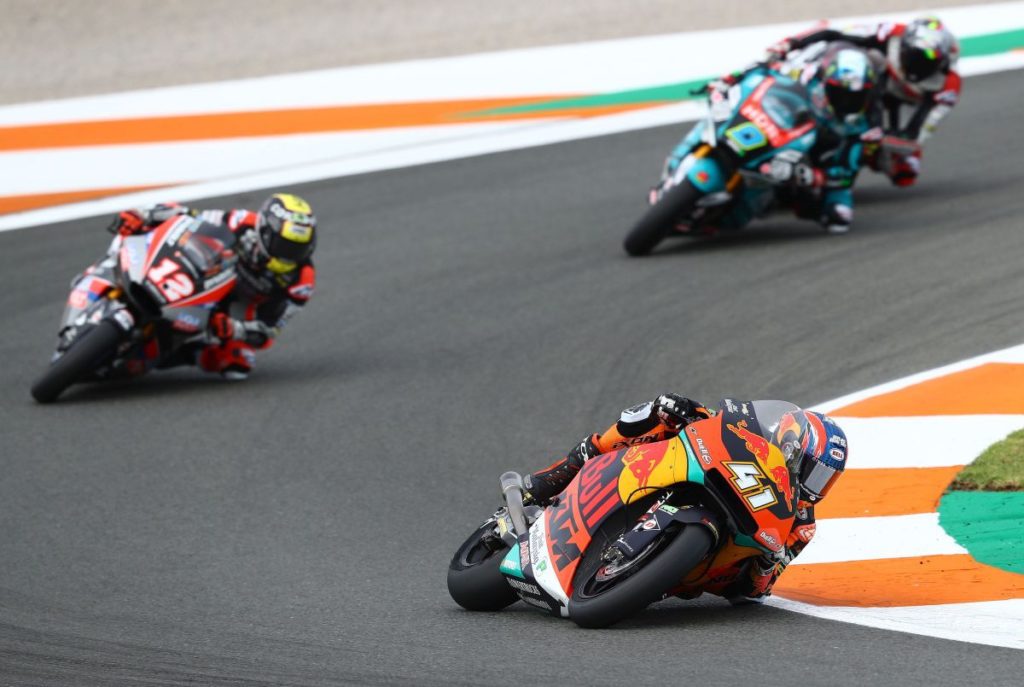 “I want to thank the team and KTM for all the work they have done throughout the year,” commented Binder. “The start of the season wasn’t easy but we kept fighting and working hard. We were in with a shot of winning the championship, and being just three points away from the title is incredible. Throughout the weekend I was riding alone, not following anyone, and today it was a bit harder trying to hunt down the other riders. I stayed focused, gave it all I could and in the end we did it. I have finished my time in Moto2 with a victory.”

With Binder moving up to the factory MotoGP team next year, this race marks his last with the Ajo team. “It was a special end for Brad,” remarked team owner Aki Ajo. “As he’s been on the team for five years and we have never had a rider with us for so long. He has been a great rider, with a good attitude and a hardworking spirit. He’s given us a lot and we’ve learned a lot from him.”

Binder starts his MotoGP career on Tuesday during the official post-race test at Valencia.