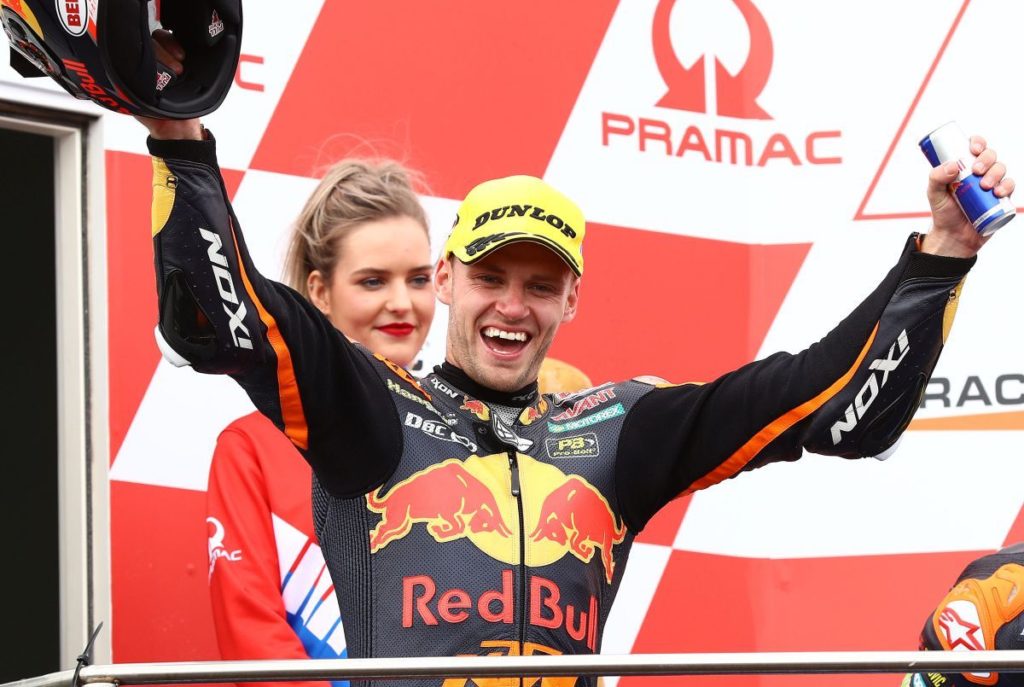 Brad Binder took his Red Bull KTM Moto2 machine to a flag-to-flag victory during the Australian Grand Prix this morning. To add cherries to his cake, he was joined on the podium by his teammate, Jorge Martin, and his chief championship rival, Alex Marquez, finished a lowly eighth place meaning Binder has brought his points disadvantage down from 50 at the beginning of the race to 33. This race brings Binder’s win tally for the year up to three and is podium finishes up to seven. It also gives him the most wins in the Ajo team’s history.

Binder started the race from second on the grid and managed to holeshot into Phillip Island’s sweeping first corner. From there, he and Martin pulled ahead of the pack with no contention from anyone else. The race was far from easy, with Binder posting consistently good times yet was not able to shake off Martin who was never more than half a second behind.

With five laps to go, raindrops started falling, causing Binder to have a few moments, allowing Martin to close right up on the back of him. However, as is the way of the wily Binder, he recovered and managed to start pulling ahead again. He eventually crossed the line 1.9 seconds ahead of Martin who was jubilant at finishing on the podium for the second race in a row. 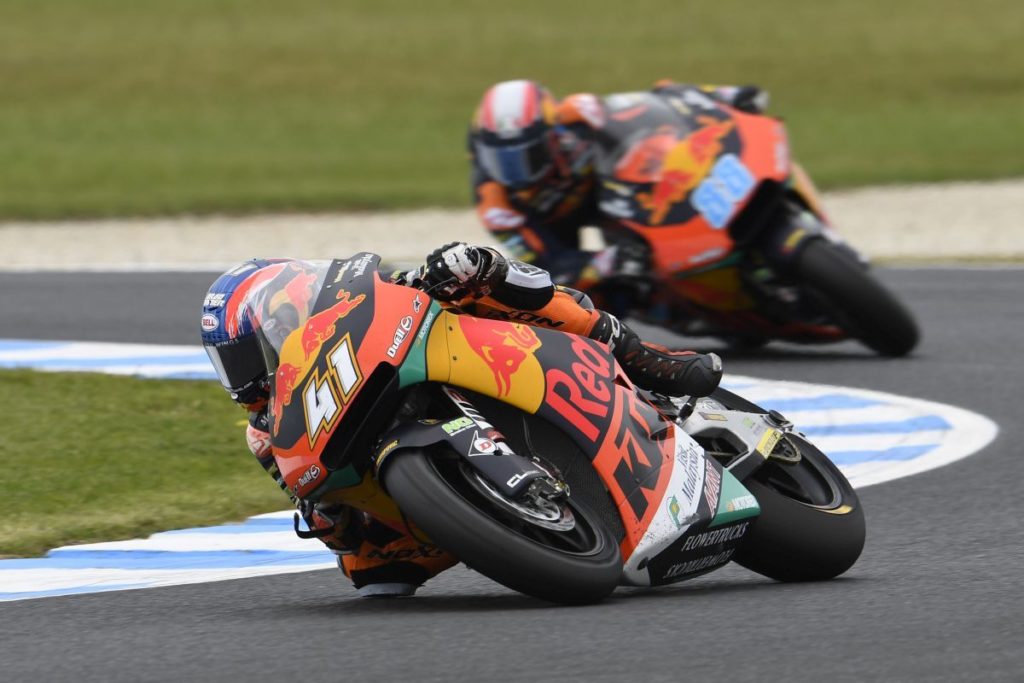 A championship will be difficult for Binder. He is now in third place behind Marquez and Luthi, and 33 points off Marquez. With two races to go, he will need to finish 17 points ahead of Marquez and beat Luthi in both races. It is one hell of an ask for the South African; however, the resurgence of form from the KTM and the inverted form of Marquez in recent races means this is not entirely impossible. The next two races will be interesting.

“It’s great to be on the podium again,” commented Binder. “But today wasn’t an easy race. The gap to Jorge [Martin] was increasing and decreasing throughout the race, but I just never got away from him. I gave it my maximum, pushing from the first to the last lap and we kept up a good pace throughout the contest. I’m very happy to have contributed to the 1-2 for Red Bull KTM Ajo and, of course, it’s always a very nice feeling to win in the World Championship.”