Brad Binder will again ride for the Red Bull KTM Ajo Moto2 team in 2019, his third year in the Moto2 class and his fifth year with the team after signing with them in 2015 and winning the Moto3 championship in 2016. Since then, Binder has spent the last year and a half campaigning in the Moto2 class with the KTM Moto2 machine that debuted last year.

“It is a great pleasure to be continuing with Brad [Binder] as part of our team, because we have had many fantastic times with him, including winning a Moto3 World title,” said Pit Beirer, the head of KTM racing. “I think that the combination of Brad, Aki Ajo and us, KTM, is very strong and we can see that he is not a rider who is wild and over the limit, but who always wants to understand what he is doing. I think he is ready to take the next big step in Moto2, which will surely come now.”

It makes sense that Team Ajo, run by the eponymous Fin Aki Ajo, would re-sign Binder again having developed quite a relationship with the amiable South African over the last five years. “We have never had a rider be part of our structure for so many years, so I am very happy.” commented Ajo. “He is a rider with whom it is very easy to work, and I’m sure that he is one of the most dedicated in the paddock. He always wants to improve and that’s the most important thing for growing as a rider. We are very pleased to be continuing with Brad and will try to finish this job that we started with him in Moto2 last year.” 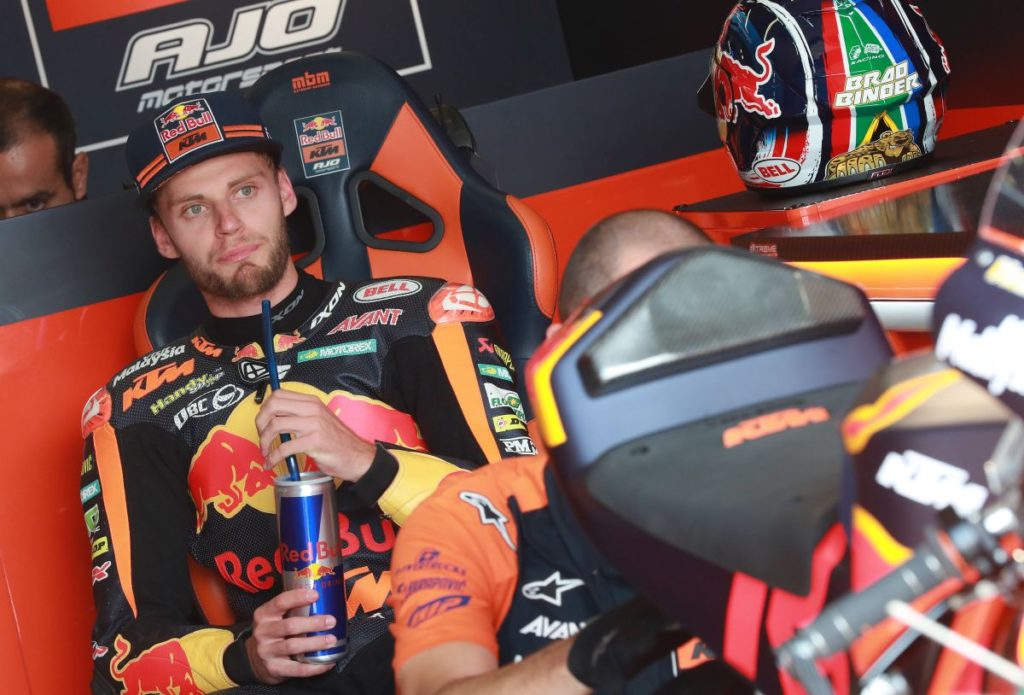 This is also a big boost for Binder, because not only is his future for the next year secured, but next year he will be the number one in the team. From what we can tell, Miguel Oliveira – Binder’s current team mate – and Binder get on well and support each other, but the current results would suggest that the direction the KTM Moto2 bike and the team have gone better suit Oliveira than Binder. We saw the same thing when the two were team mates in Moto3 in 2015, where Binder suffered all sorts of handling issues and Oliveira had none. The next year, Oliveira moved up to Moto2 and Binder was made the team’s number one. He also ran away with the championship that year.

“The new agreement we have signed this weekend is fantastic. I’m really excited to continue at Red Bull KTM Ajo for another year, making it five seasons with them! I feel that we still have unfinished business in Moto2, and great improvements to make, so I am very happy and it motivates me to have a whole factory supporting me again. That’s what I wanted, because I’m very happy as part of this family. I really want to continue growing as a rider with them and achieve great successes. The goal is always to fight for the highest honours and I think we can achieve this. This year we had a difficult start, but I know we can be up there for the rest of the season. Now it’s time to continue working hard this season and improve GP after GP.” 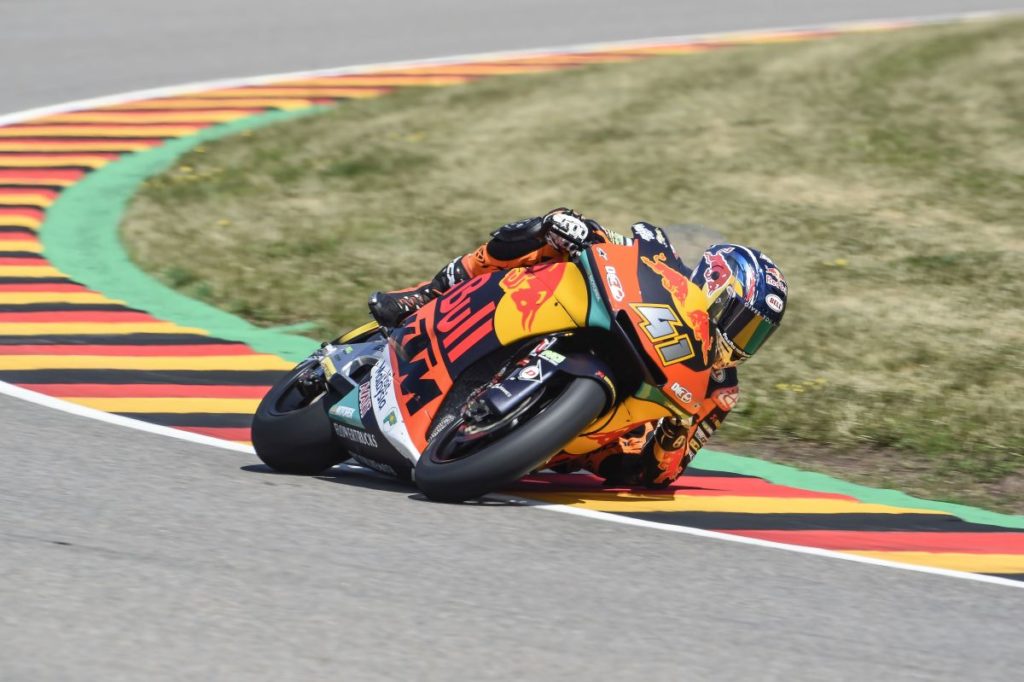 This year, the South African has been struggling with front end woes, both with battling to get the bike to stopped, affecting his usual strong braking performance, and with the front end tucking in the corners. Next year, Binder will lead the KTM Moto2 project as they move into a new are of Triumph engines, with the Honda CBR600RR-based motors that are currently used as the spec engine being replaced by a 765 triple motor.

This weekend, Binder is competing in the German round of the Moto2 Championship and will start the race in tenth place.