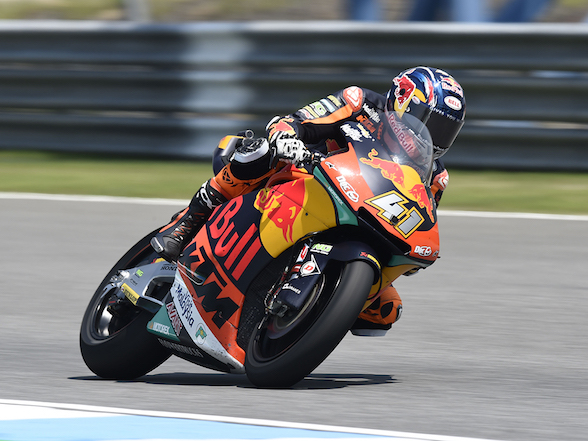 Brad Binder on Thailand Moto2: “I had several scares and I was able to save them” 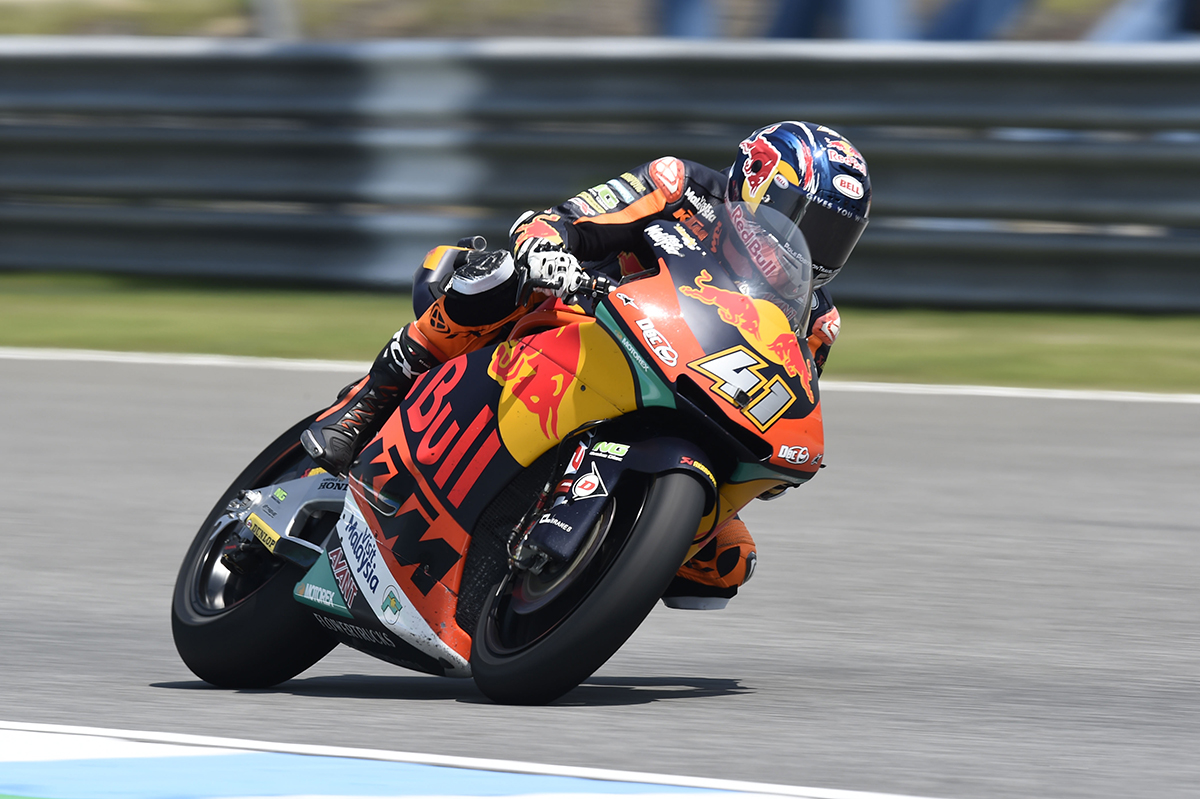 The Red Bull KTM Ajo team leave Thailand under a cloud as their riders not only failed to to take home the gold, but also lost serious ground in the championship. Sky VR46 rider Pecco Bagnaia won, despite spirited attempts from both Oliveira and Binder, but more so Bagnaia’s team mate, Luca Marini, slipped past the pair in the last two laps to put himself between Oliveira and Bagnaia giving his team mate an extended 28 point lead in the championship with just three races to go.

“I’m not entirely happy with how the race went,” remarked Binder, “because I couldn’t repeat the pace I had set over the weekend. That was a little frustrating. In the end I have to be satisfied, because I had several scares and I was able to save them, even though I would have liked to have placed on the podium; we were very close, which is positive. We learned a lot throughout the weekend. It was a very good GP, although honestly I expected more from the race. It’s time to turn our attention to Japan and continue working hard to achieve a better result.” 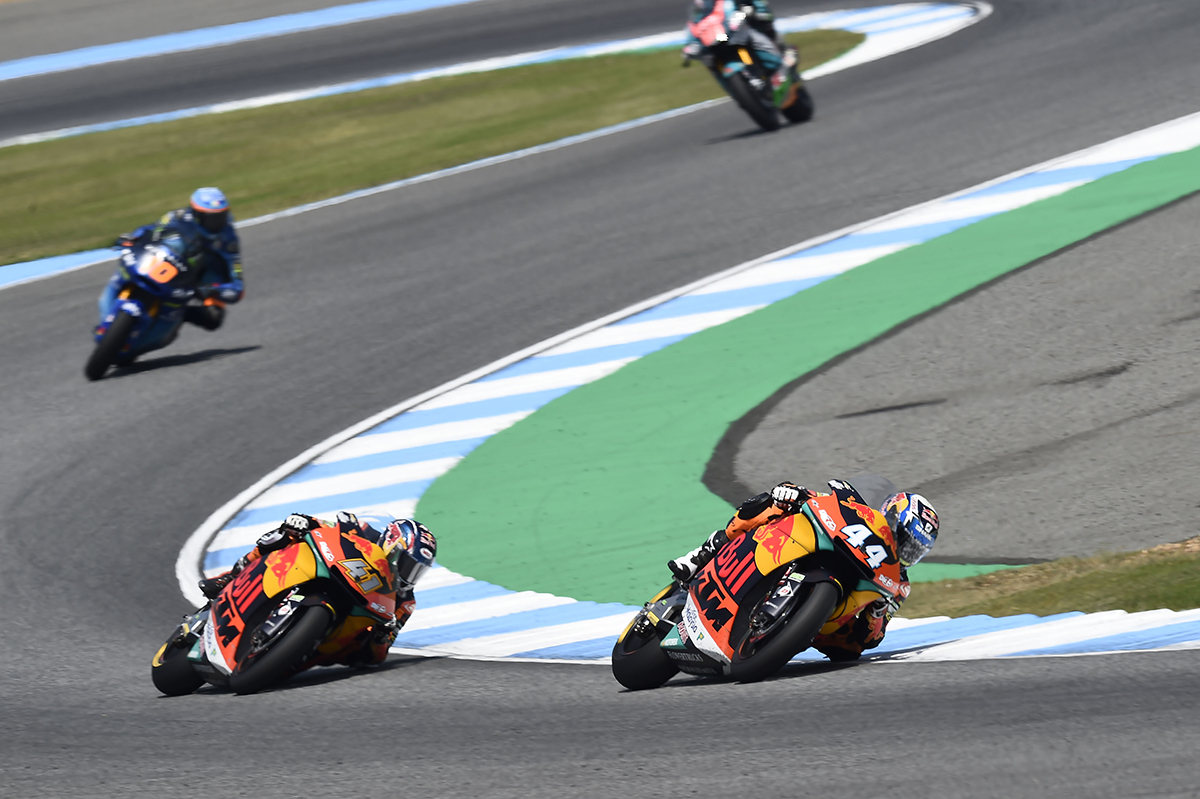 While Marini did wonders for his team mate, Binder showed his team player colours throughout the race too. It’s not mentioned in any official press releases, and when team own Aki Ajo was asked about team orders his reply was “no comment”, but it seemed that Binder was very much in it for his team mate.

Even when he was knocked backwards by incidences, he had little problems re-closing the gap on Oliveira but, apart from one huge lunge towards the beginning of the race, at no point did Binder make any true effort to get past. 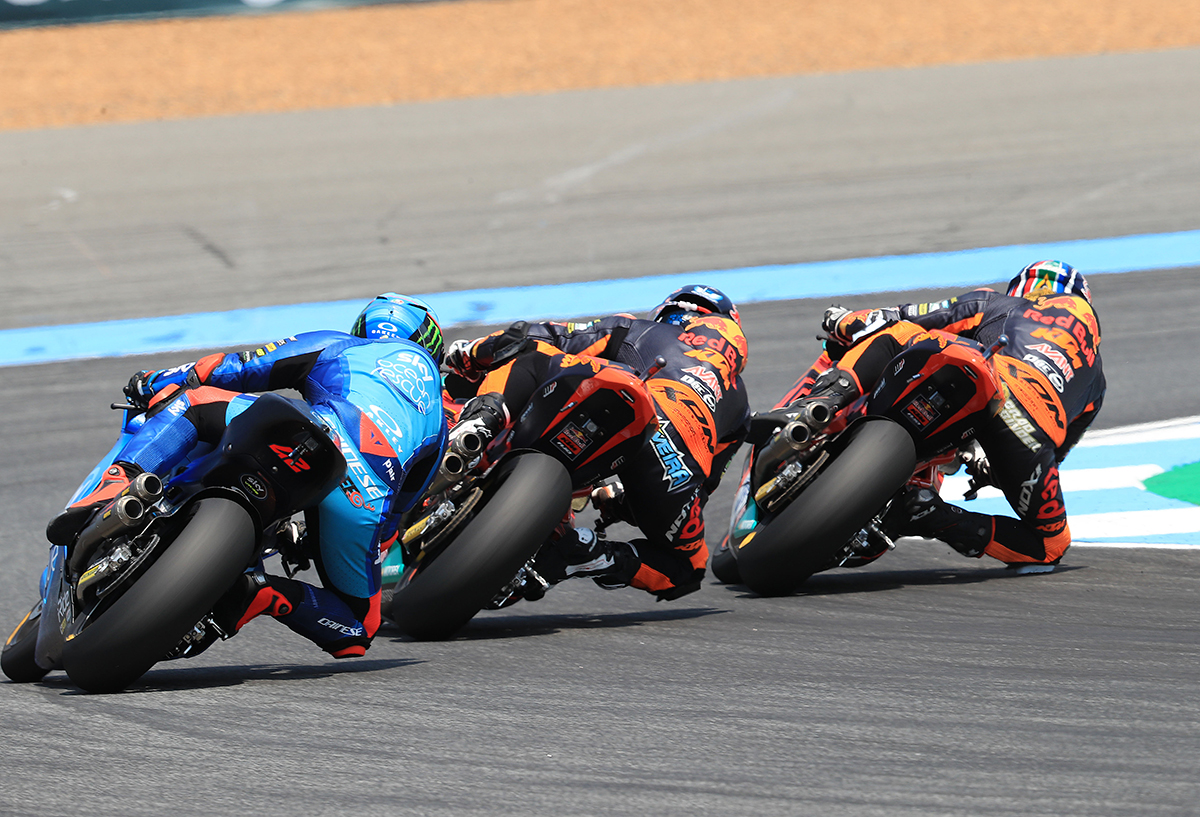 While this is disappointing for his fans across the world, it’s worth keeping in mind that Binder is a far cry from winning the championship himself having entered this race 90 points adrift. Also, Binder’s main championship advisory, Lorenzo Baldassarri, crashed out early in the race meaning Binder’s third spot in the championship is quite secure.

Also, like the team did when Binder helped Oliveira when the 2015 Moto3 championship, they will look upon him with great fondness and we can be sure that they will be ready to help him with the 2019 Moto2 championship.