Brad Binder on Jerez: “We are able to do much more than what we are showing now.”

Brad Binder on Jerez: “We are able to do much more than what we are showing now.” 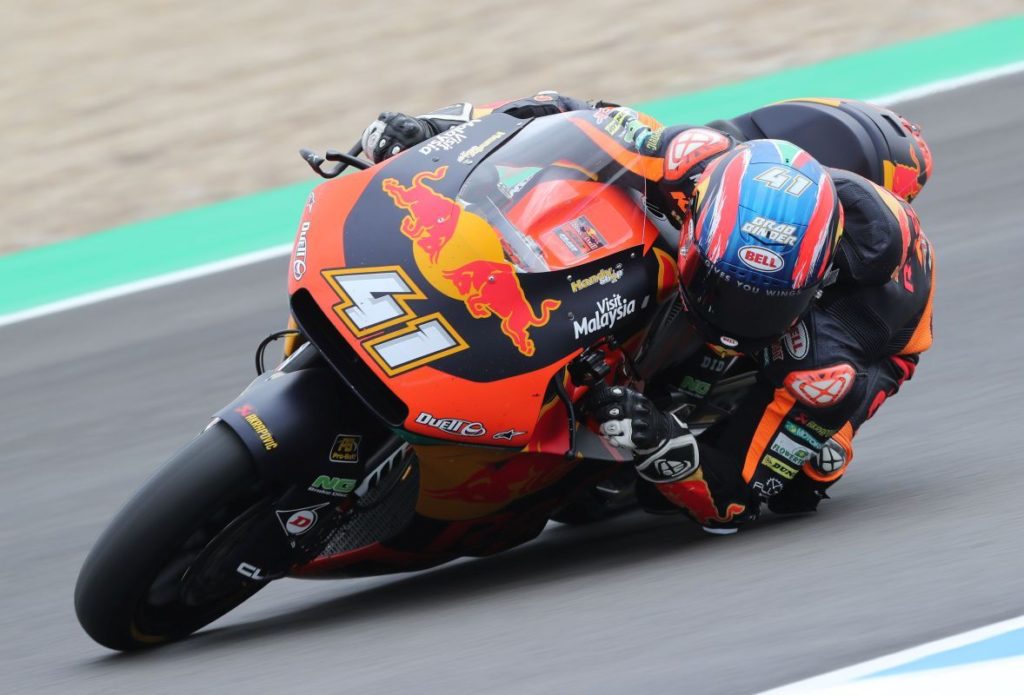 Brad Binder secured a fifth place in today’s Moto2 race at Jerez following another problematic weekend for KTM and his Red Bull Ajo team. This is a strange situation because Binder was unstoppable during the Jerez test earlier in the year, where every pundit had him down as the title favourite. As is the way with racing, testing results do not always translate into race wins, and so far KTM has failed to pick up even a podium.

The problem at Jerez seemed to be the heat that caused their machines to chatter. This problem wasn’t picked up during testing because it all took place during winter when it was cold, and their machines seemed to work better. And so, in the heat of Southern Spain, Binder was once more the top KTM on the grid in tenth.

After the start, there was a monstrous collision where Alex Marquez hit Remy Gardner’s crashing machine, and Binder had a close call after swerving onto the grass to avoid Marquez’s tumbling bike.

The race was restarted and by lap seven Binder was up to fifth with the leaders a couple of seconds ahead. He was not able to catch them and stayed in fifth until the chequered flag, but a positive aspect is that he was able to run similar lap times to them and once more was the fastest KTM.

This might seem like a dire situation for Binder but KTM is a large factory, and updated parts are continually being developed. There are still 15 rounds left, and the championship is far from over. 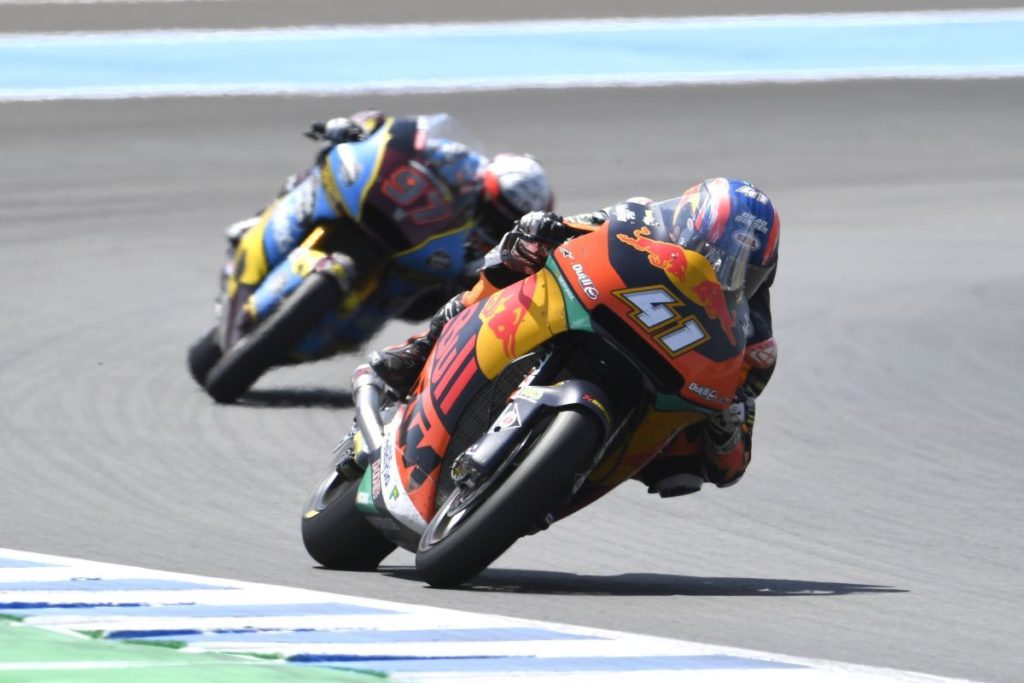 “I have to thank the team because we tried everything and worked very hard. Despite this, we weren’t able to find the way and we suffered from the same problems. When we managed to improve in one aspect, we had issues with another. Today was a very hard race for me; I tried to stay calm and be smart because when you see that you have riders ahead, it is very difficult to resist the urge to push. I did my best, so we are happy about that. I hope we can change things for Le Mans because we are able to do much more than what we are showing now.”