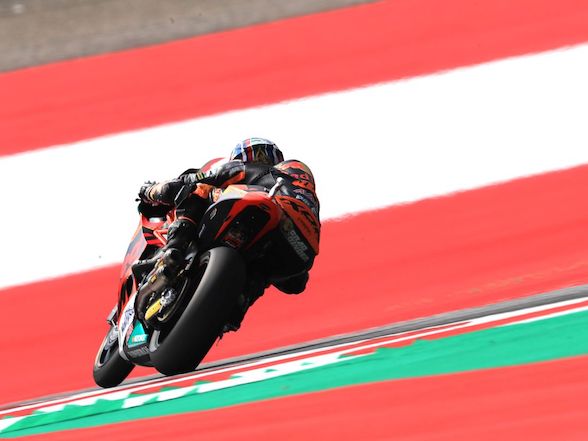 Brad Binder on Austria: “I felt I could fight for the podium”

Brad Binder is probably in the Guinness Book of Records for the most sixth place finishes in any form of competition, and at the Austrian GP Binder once more took his Red Bull Ajo KTM Moto2 machine to sixth place after a strong performance and an unfortunate penalty. 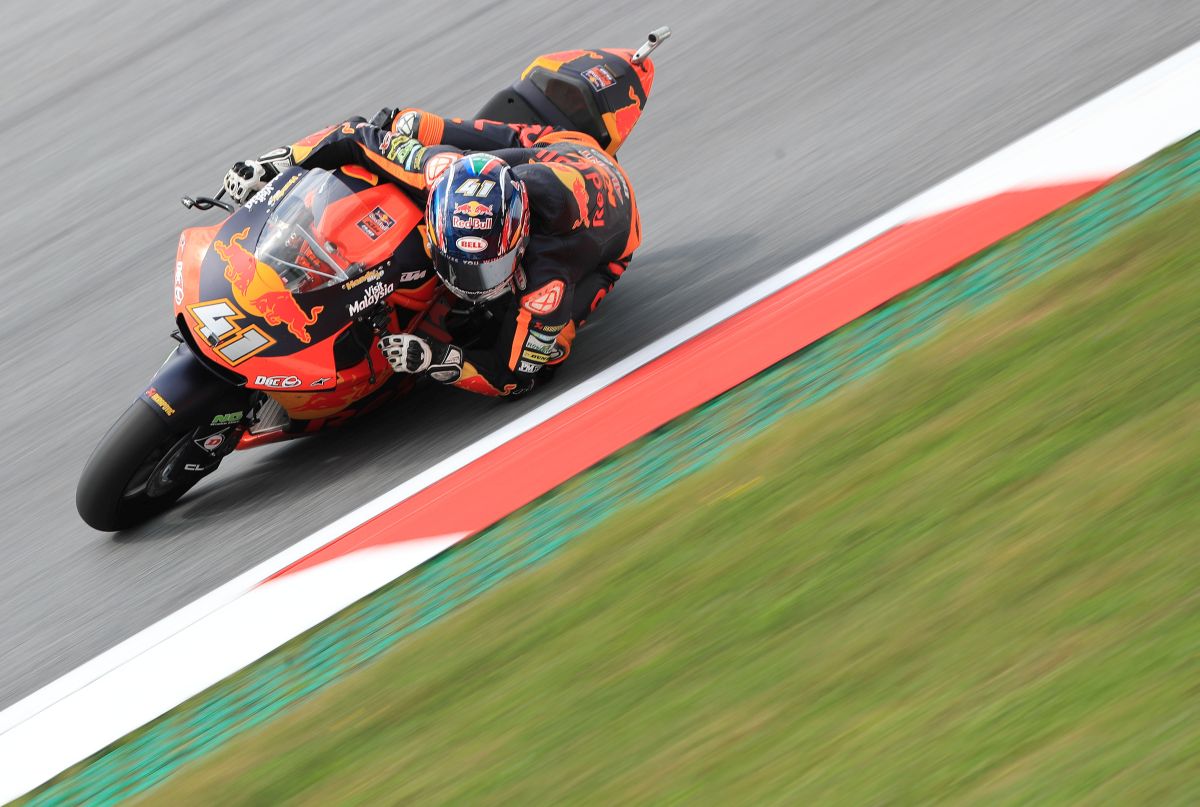 The weekend was tricky, with rain continuing on and off throughout the weekend, and with Binder’s already reduced dry time being reduced further after a fall on Friday morning. Thankfully he was not injured and was free to commence with the wet afternoon practice. The only real dry time he had was during the Saturday afternoon qualifying where he found himself on eighth on the grid, one of his best qualifying positions of the year.

After a good start, Binder spent most of the race in sixth, closing down on the trio of Pasini, Marini and Marquez, and was right behind them in a prime position to go for a podium when he was given a penalty for exceeding track limits, and was told to drop one position. Often, this means simply letting the guy behind you through, but sadly the closest rider was Jorge Navarro three seconds back. 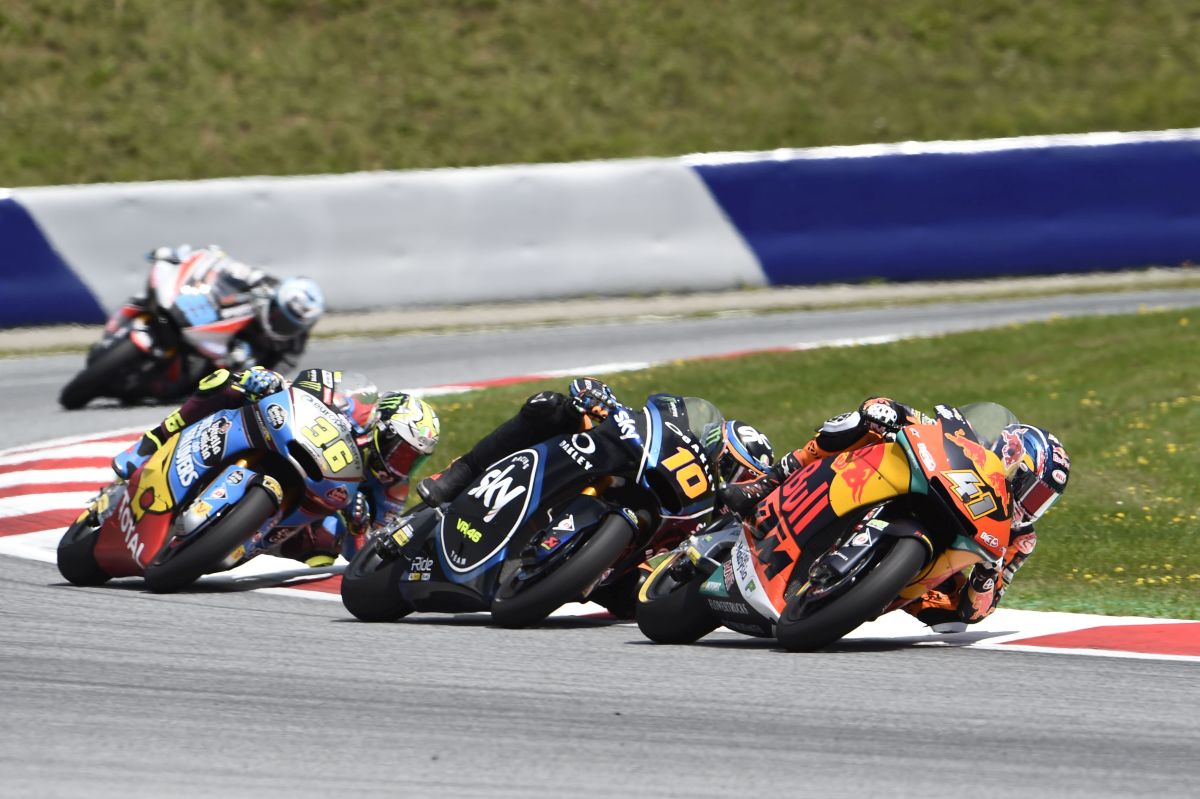 This put an untimely end to his podium challenge, and he finished in sixth behind Navarro with him gaining one position after Alex Marquez crashed on the last corner.

“Once again we finished in sixth place. The truth is that we were unlucky today. The key moment in the race was when I was penalised with losing a position. Additionally, that made me lose time with only four laps remaining and ended my chances of fighting for something more. Before that, I felt I could fight for the podium. The important thing is that in the end we have taken further points and that we are getting increasingly stronger.” 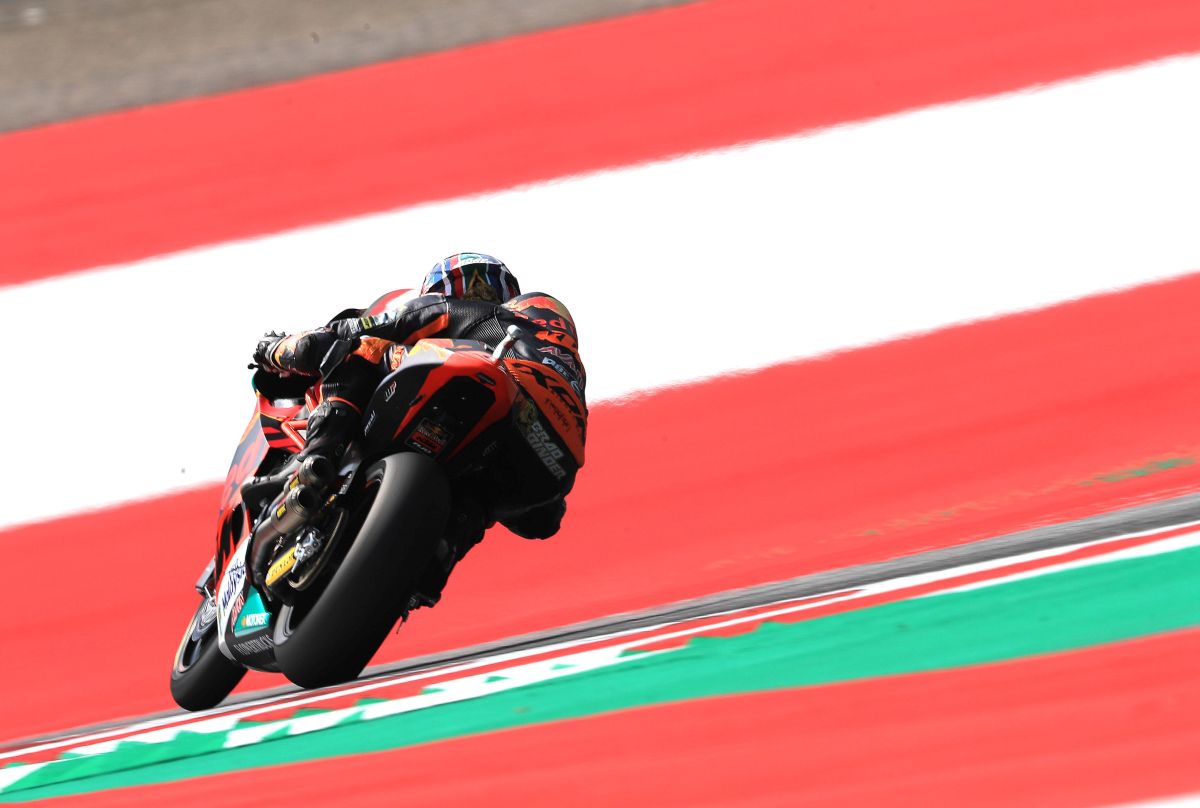 On the plus side, Binder’s consistent top ten positions has moved him up to fourth in the championship, although a hefty 78 points behind the leader.