Brad Binder on Aus win: “It was a crazy race; I thought I was in Moto3!”

Brad Binder on Aus win: “It was a crazy race; I thought I was in Moto3!” 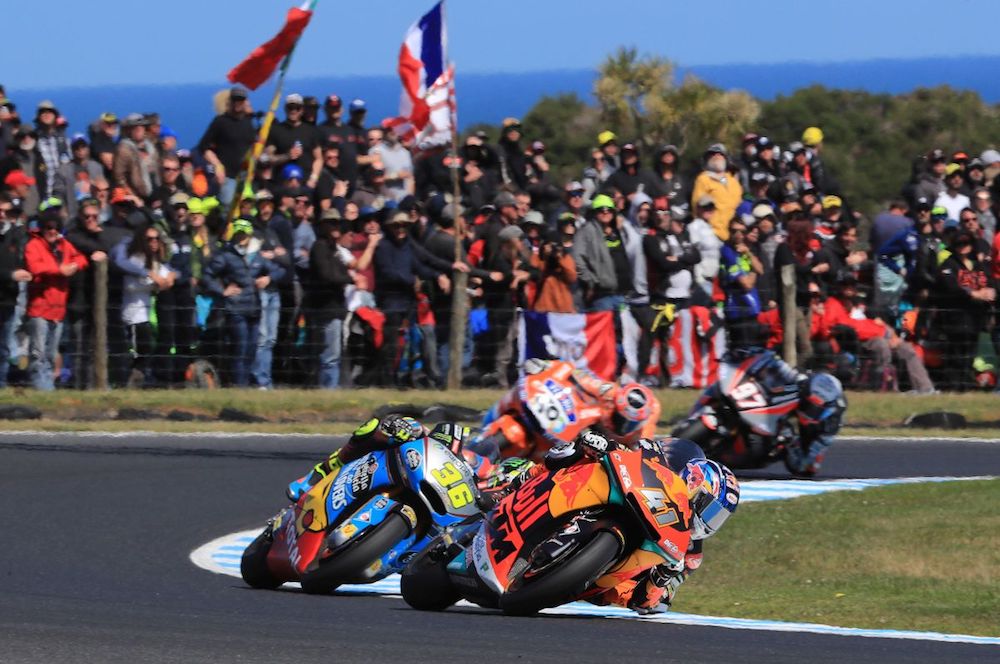 Brad Binder took his third win of the season in the Moto2 class aboard his Red Bull Ajo KTM during the Australian Grand Prix at Phillip Island. This came after a tough five-way battle where Binder started off leading the race and attempted to pull a lead. While his pace at the beginning of the race was good, it was not enough to gap the trailing riders.

With 13 laps to go, he moved back to third and tried to bide his time, a job that was made difficult by other riders constantly jostling to and fro. With two laps to go, he re-took the lead and managed to hold it to the flag, beating a pursuing Joan Mir by a mere 0.036 seconds. 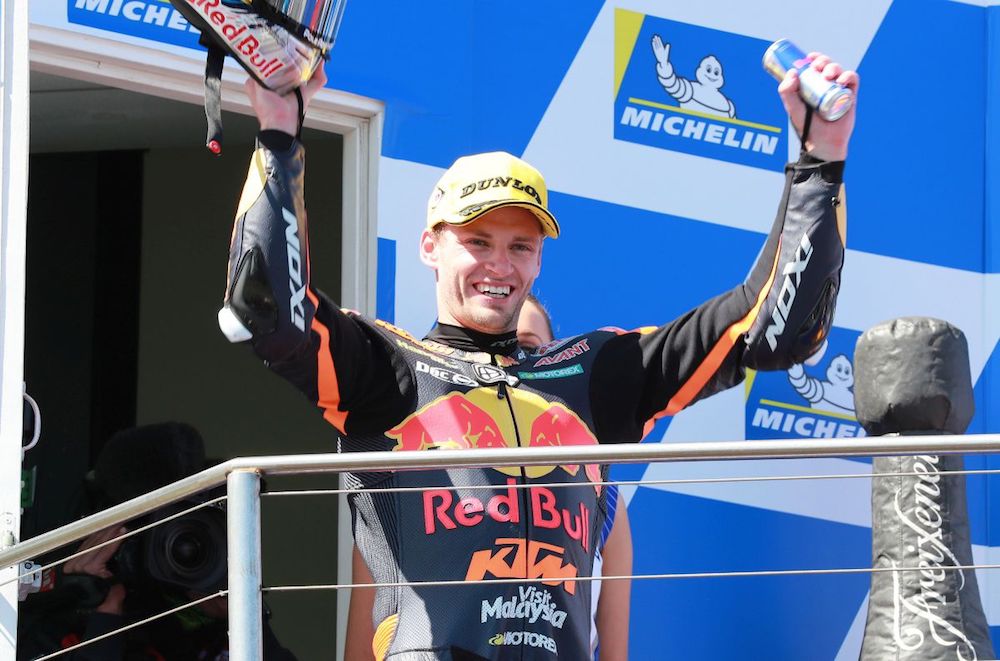 These last few races of the championship are particularly important for Binder’s long term future, because MotoGP teams will already be eyeing the Moto2 championship for potential 2020 signees, and contracts will be looked at in the first quarter of 2019. A strong showing in these last three races will make any negotiations next year a good deal easier.

“It was a crazy race; I thought I was in Moto3! I made a good start, got to the front and tried to break the group, but with 13 laps to go I saw that there was no way to do that. I tried to stay in the group and save something for the end. There were a few scares involving other riders; it was a little crazy, as there were people everywhere. I had planned to take the lead when there were two laps left and I pushed with everything I had. I was able to have a good race and take another victory, so I’m very happy. I thank the team a lot, as after the crash in FP3 I had to ride a completely new bike and it worked wonderfully. I hope that things remain the same in Malaysia.”

Previous Post B. Binder fifth on grid in Australia after massive highside crash
Next Post Darryn Binder on Australian Moto3 race: "I got forced onto the grass"