Brad Binder rockets at Mugello – from 19th to sixth place

Brad Binder rockets at Mugello – from 19th to sixth place

At Mugello, Brad Binder did something typical of him, having qualified in 19th and not once breaking the top ten during practice, he stormed through during the race to finish in sixth.

At the end of the first lap he had gained five positions already, and spent most of the first half of the race in 12th. For the second half, he made his way through the second group, pulling away eventually and finishing sixth. Most interesting was his pace at the end of the race which was not far off that of his team mate, Miguel Oliveira, who won. 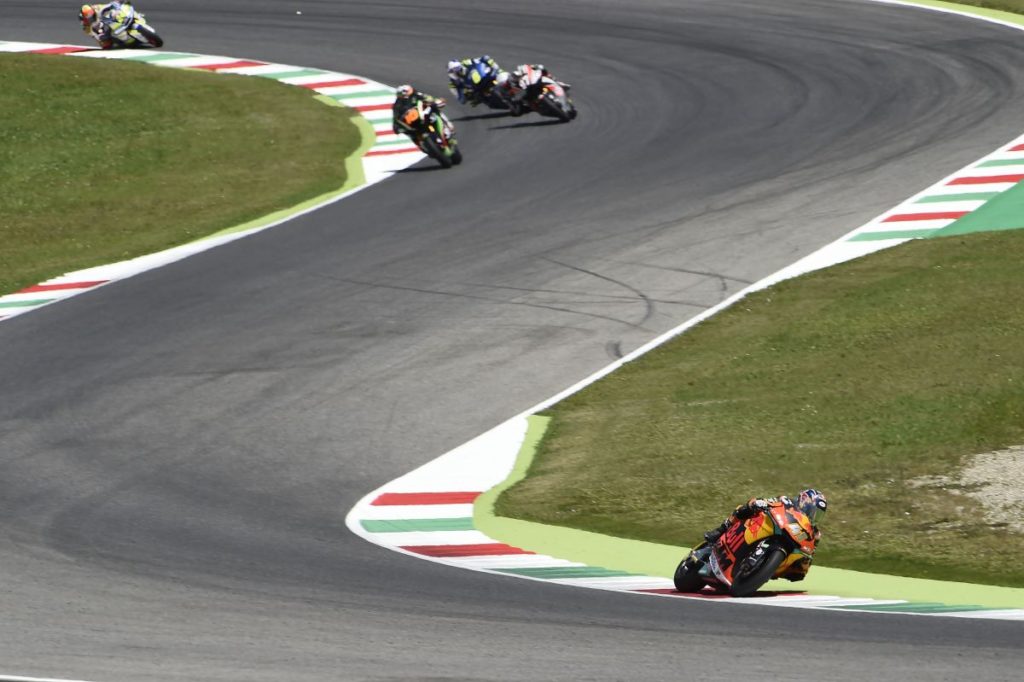 “We made a great comeback, because I started from 19th and I finished in sixth. On the first lap, during the first three or four corners, I didn’t feel as fast as I would have liked. But little by little I picked up the pace and was able to ride faster, although I still didn’t feel completely comfortable. In this race we used a setup that we hadn’t used during the weekend. It has its positive side but also some things that we can improve, although overall the bike worked well. Finishing in sixth place is a good result. Now we will have to continue working hard in tomorrow’s test that we have here.”

During the Monday test, the team continued working on findings from their previous test two week ago at Catalunya. The goal is to improve on the KTM’s cornering, something they have been lacking this year, especially after their strong showing at the end of last year. For most of pre-season testing, the team worked on improving settings rather than new equipment, whereas the Kalex teams obviously made some huge steps. Now it’s all about catching up again. It seems unlikely that a big manufacturer like KTM will be behind for long, as the win and sixth place at Mugello already showed.

“Everything went well today. We tried many different things that helped us, above all, to turn the bike in better on corners. We also worked with two different chassis setups and one of them worked really well, although we want to double-check to see which one works best in the coming races. In general it has been a good day; we have been able to try all the things we wanted to try during the weekend and didn’t have time. I’m happy with the test and I’m already looking forward to going to Barcelona to continue making progress.”

Previous Post Darryn Binder: "When the race started I forgot about everything"
Next Post Review and video – BMW RnineT Urban G/S: "Things have changed in Munich"