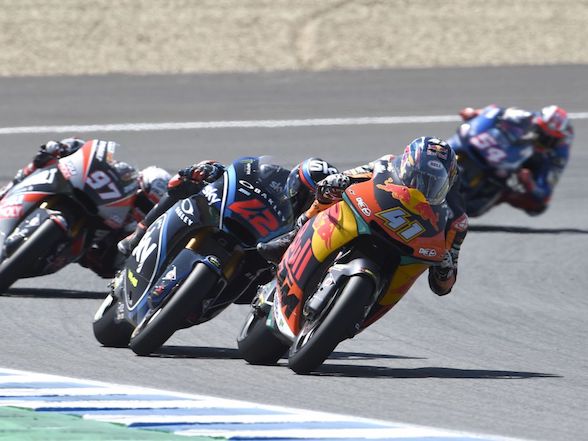 Brad Binder did not have the race he had hoped for at Jerez on his Red Bull Ajo KTM, after being quite strong during practice and qualifying in a commendable sixth position. The race started and he looked good in the beginning, running up in second and looking good for a possible win. 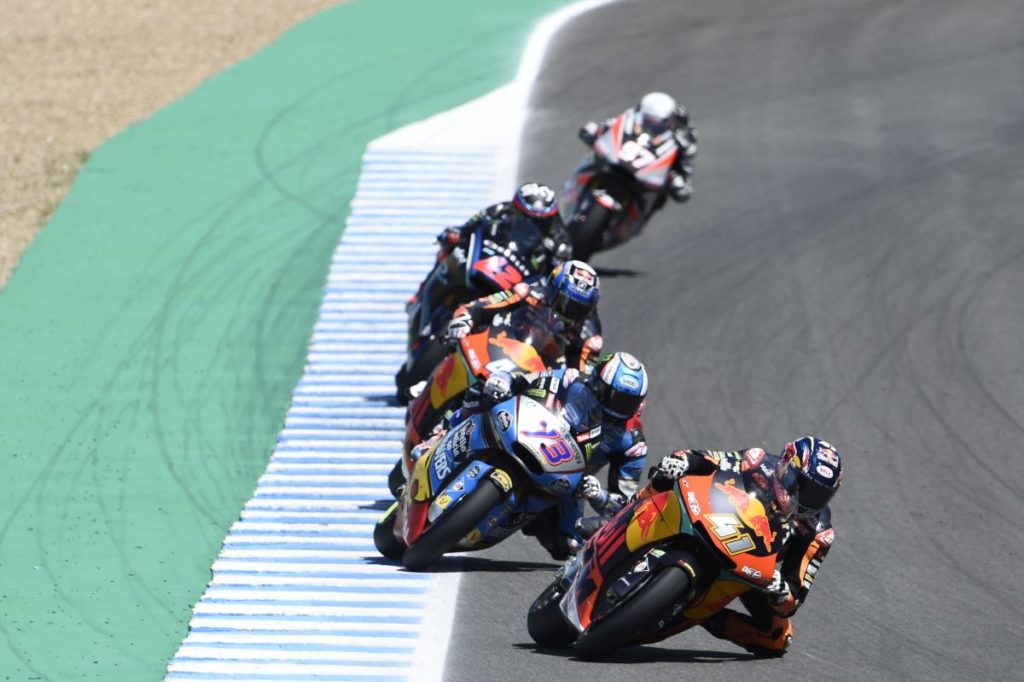 Unfortunately, he then began having visible front end problems as he battled to stop the bike and ran wide a good few times. This is a problem they had during practice on Friday, and seemed to have found a solution during the two days of practice, but the heat of Sunday’s made it return.

Binder slipped back to seventh place, with a crash from Alex Marquez promoting him up to sixth. While this isn’t a victory, he at least managed to keep it in line to bring home valuable points.

“Normally I feel better in the race than in practice, but I don’t know what happened this Sunday. I almost lost the front end several times during the race – at least 5 or 6 times – so I was lucky to be able to finish. It’s not the result I had hoped for because the team did a great job all weekend, and for some reason in the race things did not go well. It was a shame not to be able to round off a great weekend with a better result. At Le Mans we will try for more.”