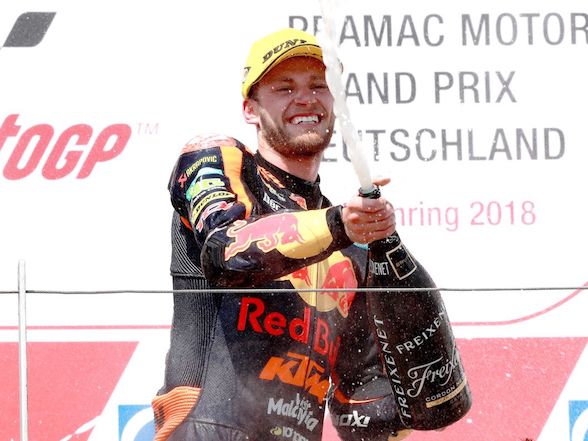 Brad Binder on German win: “It doesn’t seem real to me.” 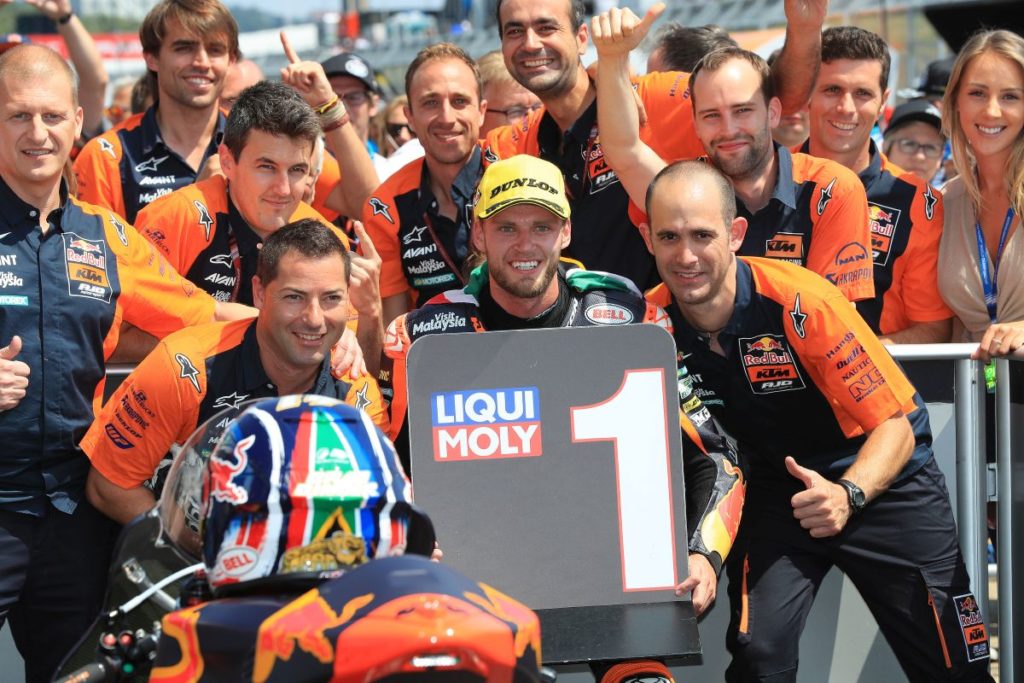 As we reported earlier, Brad Binder took his first win in the Moto2 class today at the German MotoGP round, the first win for a South African in the intermediate class since Kork Ballington won, in Germany as it happens, in 1980.

The South African started in tenth place, but was up to seventh already by the end of the first lap. On lapt ten, he slipped past Marini and Mir to take the lead, and while he never managed to pull too much of a gap, he held onto that lead until the chequered flag. 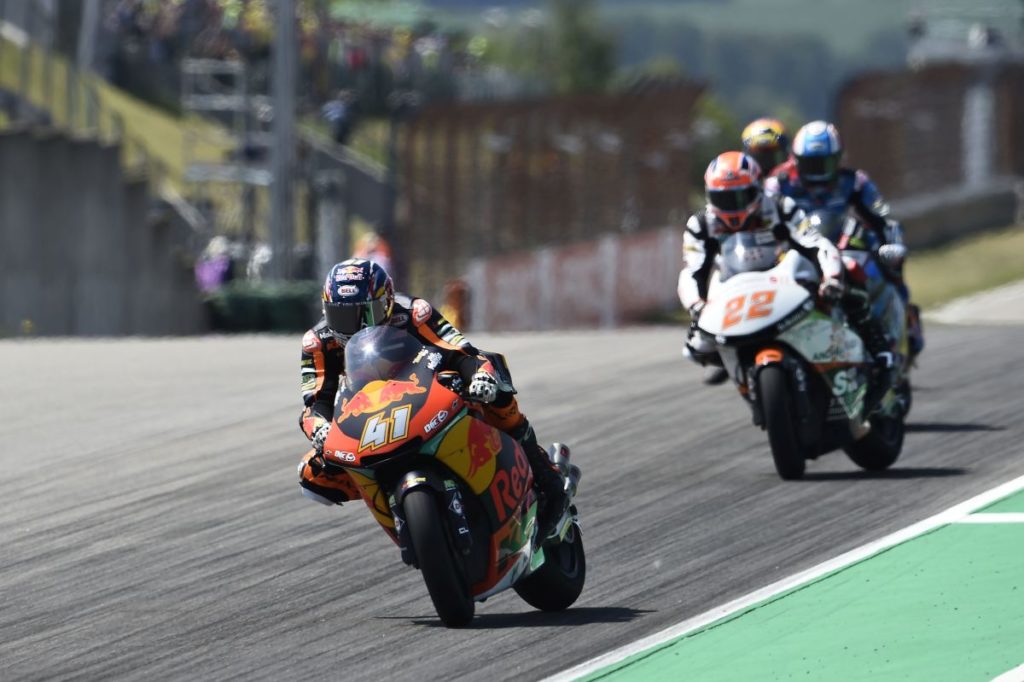 This win is a big deal for Binder and his team, after a difficult start to the season that saw the Kalex chassis make huge steps forward while the KTM developed some problems. Hopefully this win clears the way for many more in the second half of the season.

“I tried not to do anything crazy at the start, because I knew our rivals would be a little faster than us, and everything went perfectly. I was able to overtake most of the riders on the first laps and then, seeing that I had enough pace, I went after the lead. At the end of the race I had to be careful, because my rear tyre was practically worn out and I suffered a lot on the final laps. I controlled the lead but it was very tough, as even on the last lap I almost had a highside at Turn 1. It was amazing to get the victory, and I can’t thank my team enough for their help. Honestly, I still can’t believe it -it doesn’t seem real to me. This year we have been suffering a lot and now we have a victory to our name. We couldn’t have finished this first half of the championship any better.” 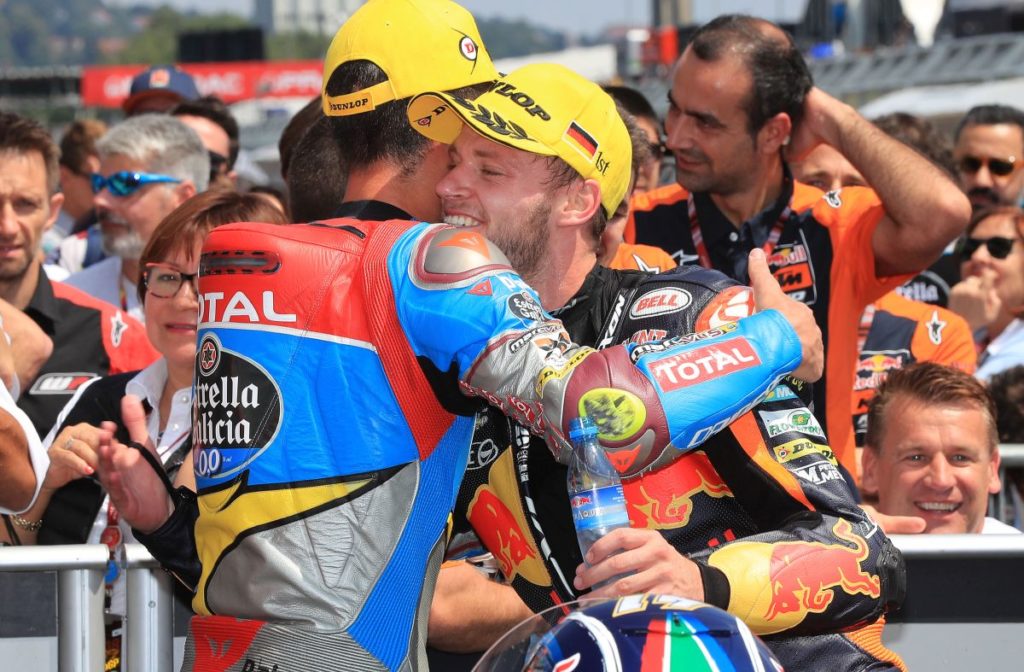