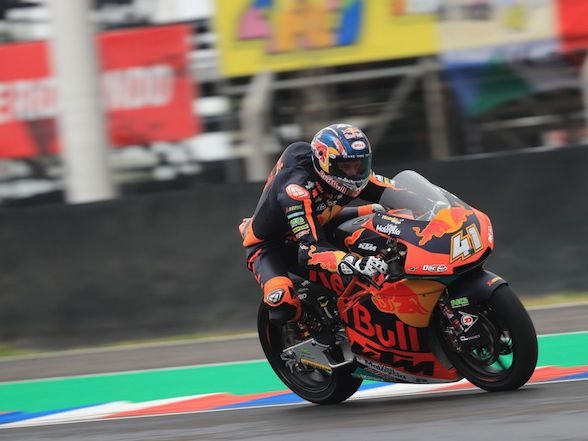 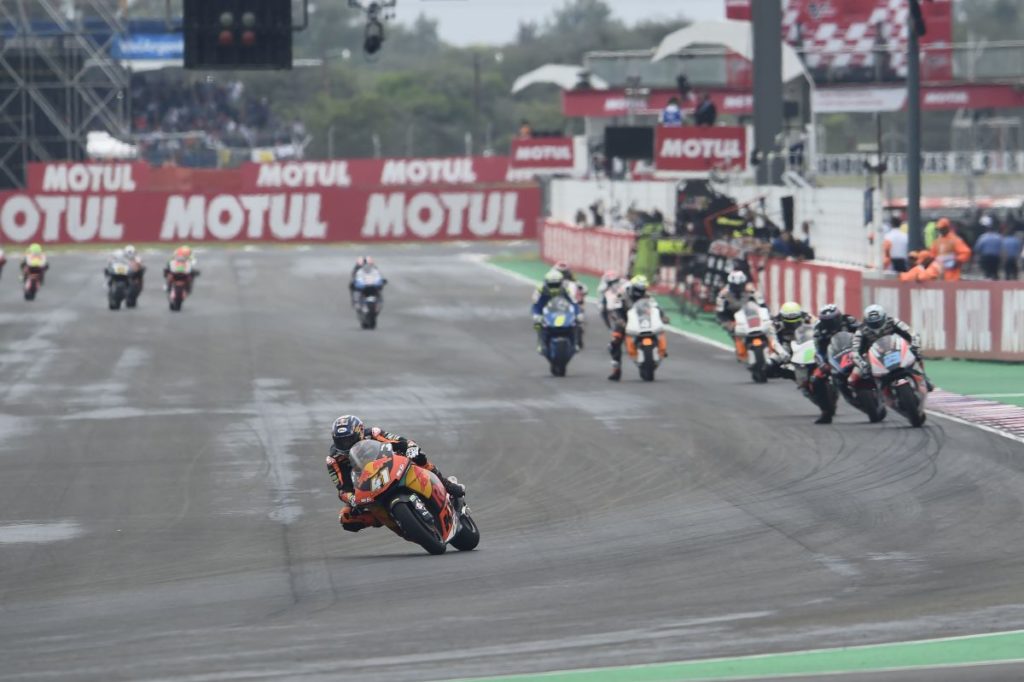 Brad and Darryn Binder’s fortunes took similarly dark twists when both riders were involved in collisions that put them out of any sort of fighting chance.

Brad Binder had had a tough qualifying on his Red Bull KTM machine after he had been caught out by the weather and couldn’t put in a fast lap, and had to start the race in 16th, despite running a top five pace throughout the weekend.

Conditions during the race were similar to that of the Moto3’s, the track still being severely damp with a mostly dry line running along the racing line. This meant that all riders were on slick tyres, but had to to be cautious of an ominous crash should they drift into the wet sections.

Binder got his usual good start, moving up to to 13th and looking good to soon move into the top ten, until he approached the last corner on the second lap where the rider in front of him, Jorge Navarro, appeared to brake sooner than expected, causing the South African to careen into the back of him causing a high speed crash.

Luckily, he was not injured, but it did put an end to what looked like a promising weekend.

“It has definitely not been a good day for me. I think I made a good start, but there were few dry lines and it was difficult to overtake without touching the wet patches. Everything was going well, but unfortunately, I was behind another rider, who braked several metres earlier than he had done on the previous lap. I didn’t expect it and I collided with him. I apologise to Navarro. We have to reset and go for the next race in Austin.”