Brad Binder completes three day test: “There are different aspects that we have to improve”

Brad Binder completes three day test: “There are different aspects that we have to improve”

The Moto2 class held a three day official winter test at Jerez in Spain. What made it particularly significant is that it marked the official debut for the new Triumph 765 triple motors that not only add roughly 20hp compared to the previous Honda motors, but add a new triple soundtrack. 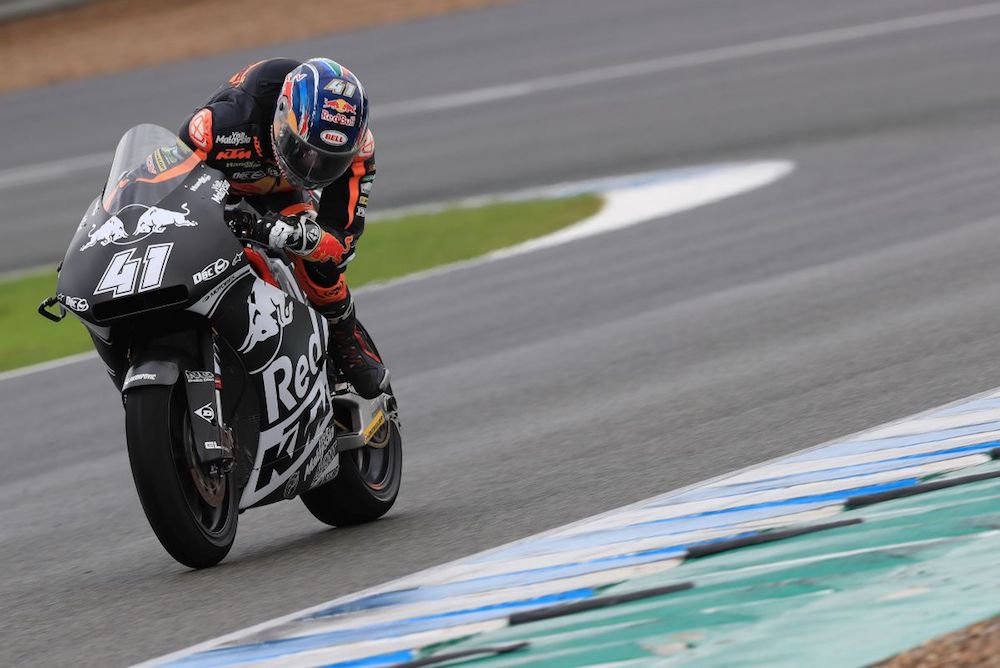 The extra horsepower and accompanying torque has changed the game somewhat, as riders cannot rely as much on corner speed but need to stand the bike up more when they accelerate, more like the MotoGP bikes. This sort of means that all data collected over the past eight years of Moto2 gets chucked in the skip out back and teams begin with a clean sheet.

It was a three day test starting on Friday and finishing on Sunday evening, but this is Spain in winter, so more than half the time was spent with a soaking track. What made it more complicated was that Binder’s new team mate, Moto3 champion Jorge Martin, crashed on the first day and broke his foot, meaning all testing duties was left to Binder. Later, the team brought in 2018 KTM rider Lacuono to assist, but it still made Binder’s task that much more laborious.

While KTM is the only major factory in the field – in fact, it is the only actual factory with the likes of Suter, Speed Up and NTS being more workshops and MV Agusta being rookies – and yet didn’t perform too well. Binder was the fastest of the orange bikes, finishing the three days in 13th place and all the other KTMs were outside the top twenty. 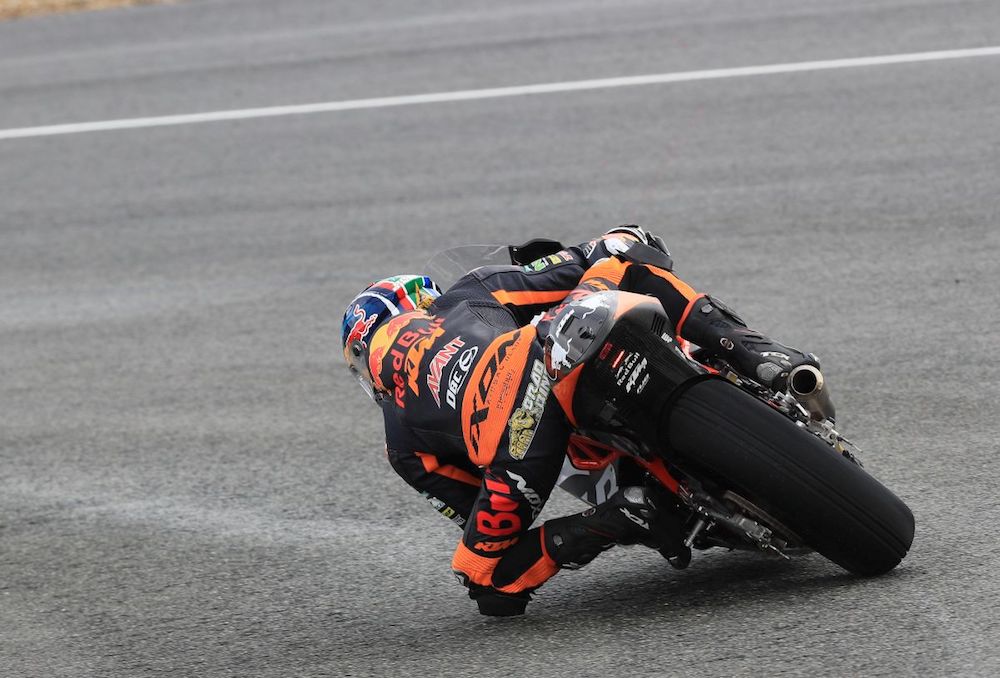 This is not the end of the world, though, as end of year testing is a shake down of the new bits and the factories (and workshops) still have three months to tweak their goods.

“These past three days have not gone as expected, since we spent a lot of time in the garage due to the weather conditions. It was important to take full advantage of these days of testing to put in laps and get to know the bike thoroughly. There are different aspects that we have to improve, but the positive thing is that we have detected them now in November and we have the entire winter break to solve them. My feeling with the bike is more or less the same in dry and wet conditions. I thank the team for the work they have done during these three days, since everyone has worked their hardest.”