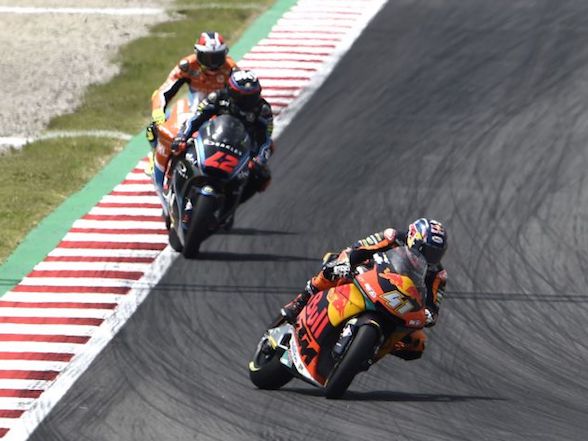 Brad Binder Catalunya race: “I had to save many crashes”

Story: Donovan Fourie
Yesterday morning we reported that Brad Binder was looking mighty strong ahead of the Moto2 race in Catalunya. He had shown good pace all weekend and he had qualified in a commendable fifth place. If his previous races were anything to go by, where he qualified in the teens and sometimes even twenties and still finished well within the top ten in the race, he should’ve won this race by ten seconds. 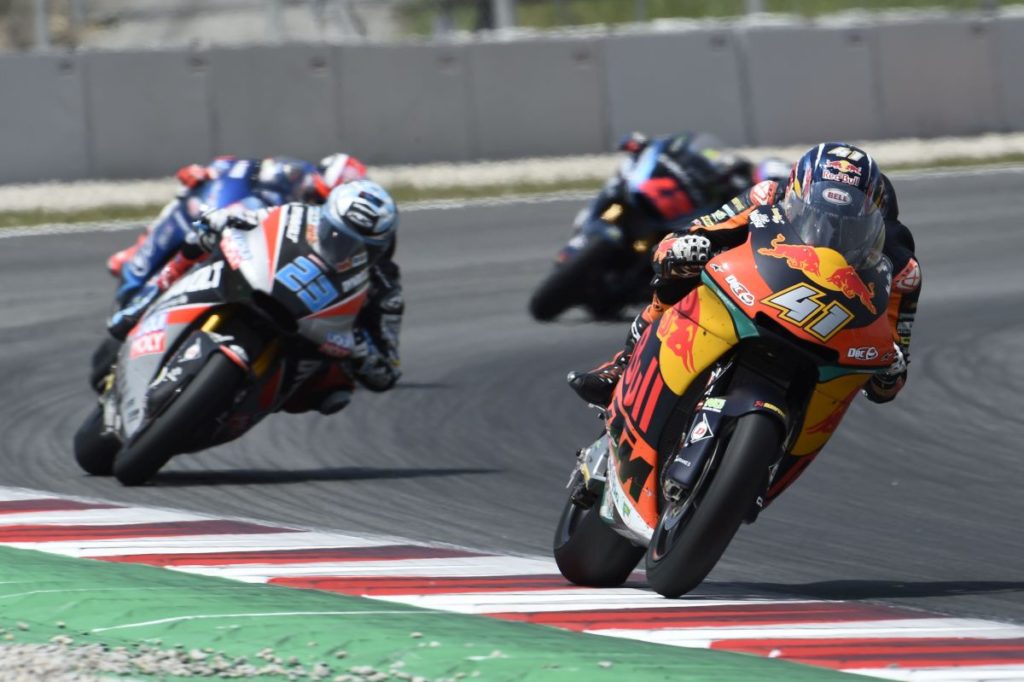 It wasn’t to be though. Binder started well, and was up in the front group, but as the race went on, he began slipping backwards. Eventually, he finished in sixth place, one place lower than he qualified.

Binder’s trouble with his Red Bull KTM Moto2 bike seems to be stemming from the front end. In Moto3, Binder’s strength lied in the ability to brake late, brake hard and get the bike stopped quickly, yet since he has joined Moto2, he has not shown any of his last-of-the-late-brakers prowess. At Catalunya, there were a good few moments where he slip-streamed along side other riders but was never able to manage the late brake. 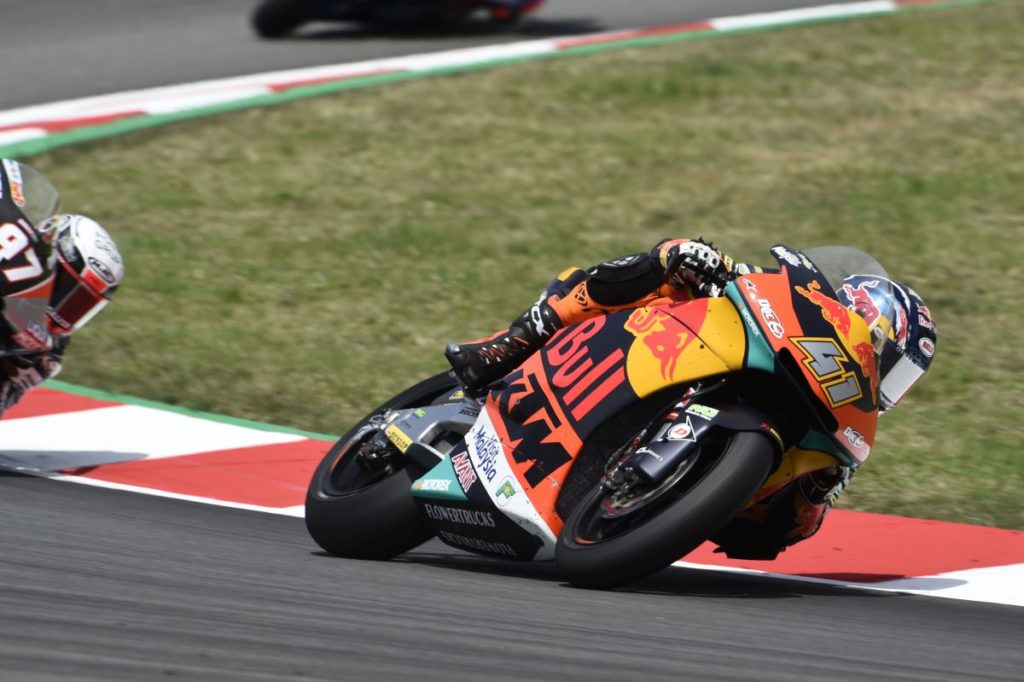 “My weekend went great until the final laps of the race. I worked hard and the team did an incredible job. That is what I’ll take away from here. Unfortunately, in the race the bike was slipping out at the front and every lap was worse. On the last three laps I could barely control the bike, I lost the front whenever I went into the fast corners and had to save many crashes. I gave my all from the beginning to the end, and we had to settle for sixth; it was the best result we could achieve. We just have to keep focused on Assen and try to give everything there.”

Is this setup or the Moto2 style not working for him? Time will tell. Next year, Oliveira moves up to MotoGP and Binder becomes the team’s number one. The last time that happened Binder cleaned up the championship. Let’s hope.