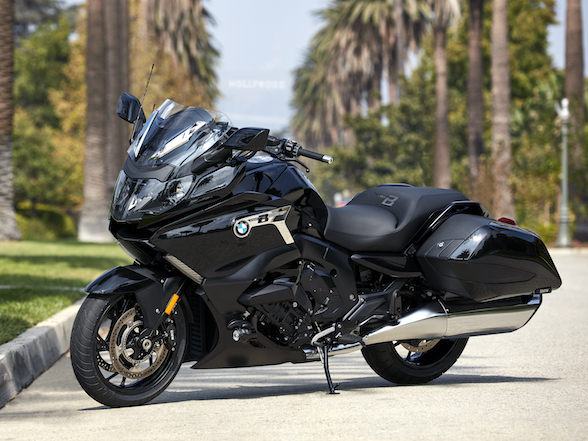 Story: Mat Durrans
BMW has built a bagger. They have done this because they want to sell more touring motorcycles, mainly to Americans.

The rest of the world looks for something different from its tourers, and so BMW has long had the K 1600 GT and R 1200 RT, both of which epitomise modern, efficient, comfortable two-wheel distance-crushing ability. 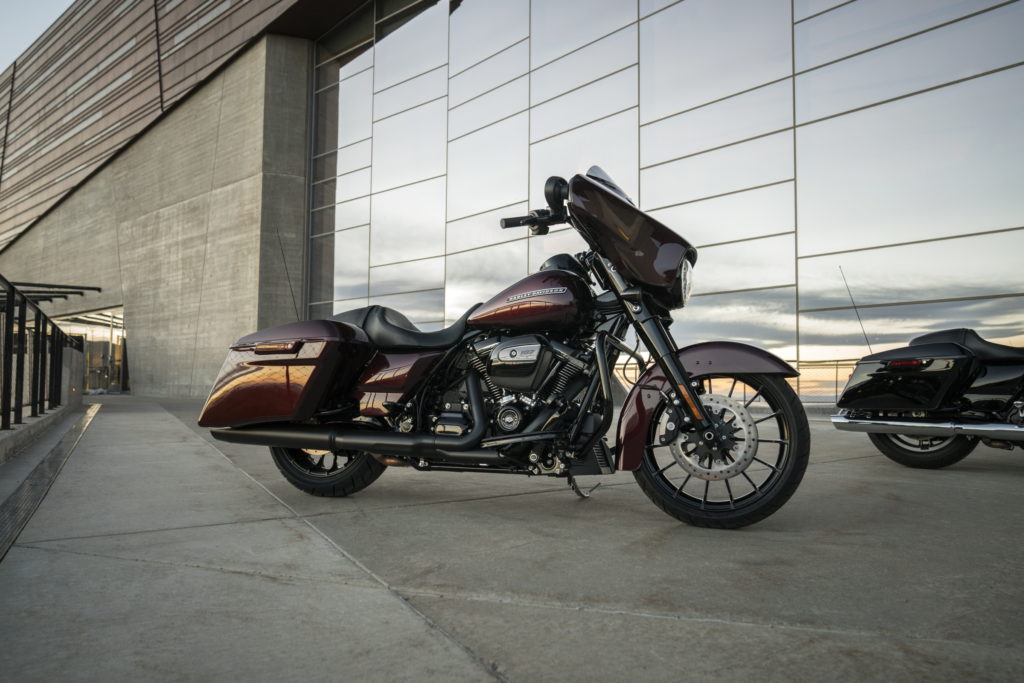 The American market is dominated by the cruiser, and if you want a bike for touring you get yourself a cruiser with some luggage. Thus was born such legends as Harley-Davidson’s Electra Glide and the Indian Chief.

Unfortunately the major plus point of a cruiser – its mean and moody looks – is spoiled by a top-box and big fairing. In order to keep the long and low stance of a proper cruiser a smaller, lower front fairing and only some specially sculpted panniers are used.

The practicalities of extra luggage space and the useful backrest of a top-box are sacrificed in the name of aesthetics, and truth be told it works. Baggers still look like cruisers, and riding one definitely makes me feel less middle-aged than the equivalent full-dress tourer.

This is an ideal configuration for solo touring, because if you have a pillion that you really care for, there really is no reason to opt for the Bagger. Its pillion perch offers nothing but pain and unnecessary strain on your relationship, and that should probably outweigh your need to look cool.

Because of its origins the Bagger is invariably powered by a big V-twin. American cruisers are always V-twins, because it’s the law. Making a bike with any other engine configuration is punishable by death. I’ve yet to find hard proof of this, but the lack of any alternative American engine options is pretty damning evidence.

Fortunately no such death penalty exists in Germany and BMW’s engineers have seen an opportunity to offer our American cousins a Bagger with three times as many cylinders as their usual fayre. This is borderline blasphemy in some parts of the USA, but for those lucky enlightened souls prepared to try something new, revelation awaits. 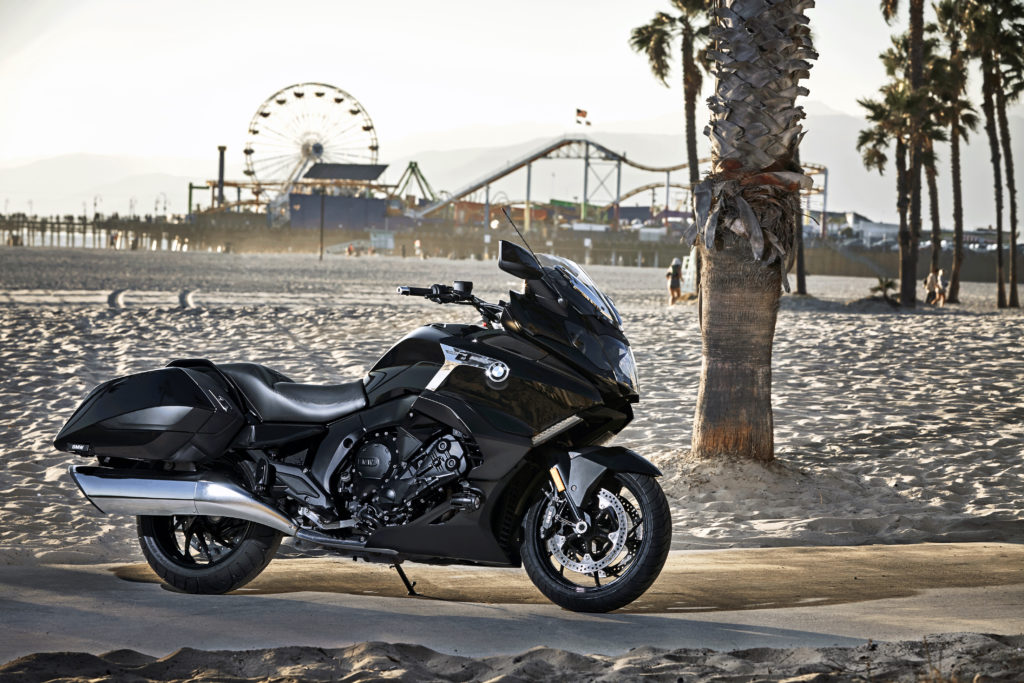 BMW’s K 1600 B is, let me search for an appropriately measured phrase… Absolutely fan-bloody-tastic. I started riding this bike full of bitter, critical thoughts about its existence, born as it was of a desire by the marketing department to worm its way into yet another new niche segment. Rip the top-box off a K 1600 GT and voila, a bagger. Exactly the type of bike that I detest.

By the end of that first day of riding I was preaching the virtues of this German Bagger to anyone unlucky enough to stray too close. I felt reborn, new life breathed into me by the first big cruiser I’ve ever sampled that is such huge fun to ride.

Not only fun, it is incredibly easy to ride, too. At slow speeds – often the achilles heel of cruisers – it feels light and manageable and at high speeds it sticks to the road like a genuine sport-tourer.

And those speeds are stratospheric for a cruiser because the 1 649cc in-line six-cylinder engine develops 119Kw and a faintly unbelievable 175Nm. That’s pretty much double the power of any of its competitors. It revs up to 8 500rpm and is so smooth you’ll forget you ever even knew the meaning of vibration. 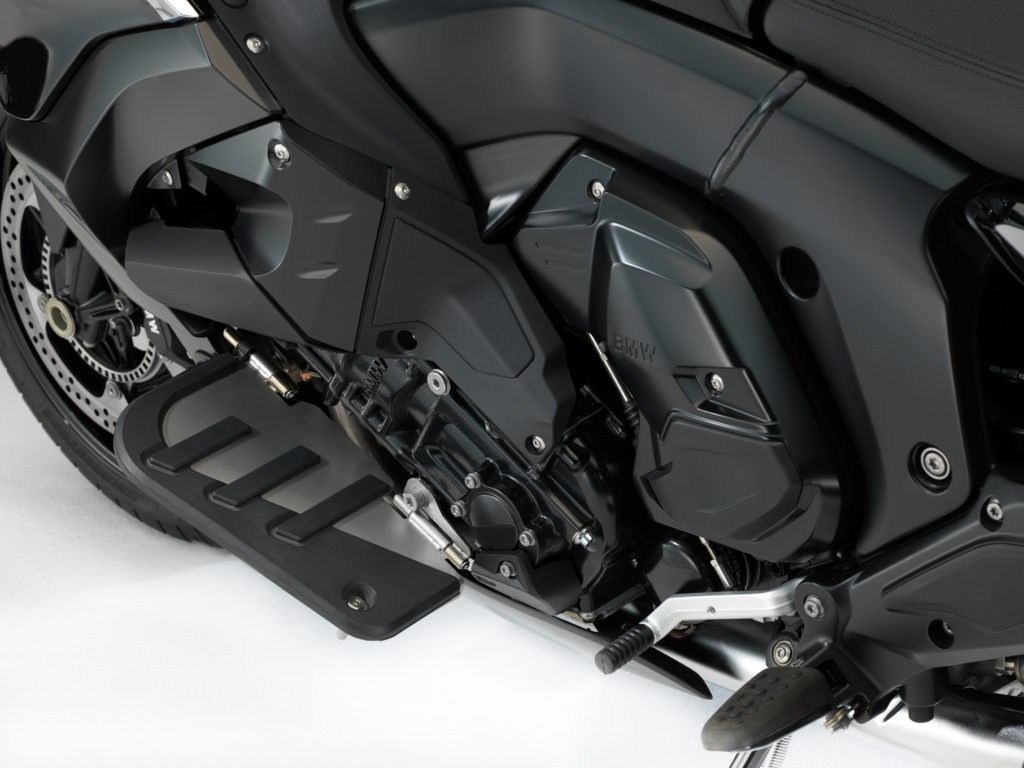 This is undoubtedly one of the great motorcycle engines of the day, combining performance with civility and delivered with a soundtrack that will bring weakness to the knees of any petrolhead.

Contrary to my own engineering assessment, much more has gone into this bagger than the simple removal of some luggage from the GT. The rear end has been modified to keep the lines low and cruiser-like, while the front has a new fairing in keeping with the bagger style.

The K 1600 B is also stuffed with more technology than any previous cruiser, featuring an array of riding modes and safety aids that would turn most superbikes green with envy.

A Rain mode is offered that tames power, softens throttle response and winds up the traction control. Road mode offers the sportiest combination of variables, but I preferred the Cruise option that changes the semi-active electronic suspension into a magic carpet capable of smoothing out the dodgiest of South African roads. 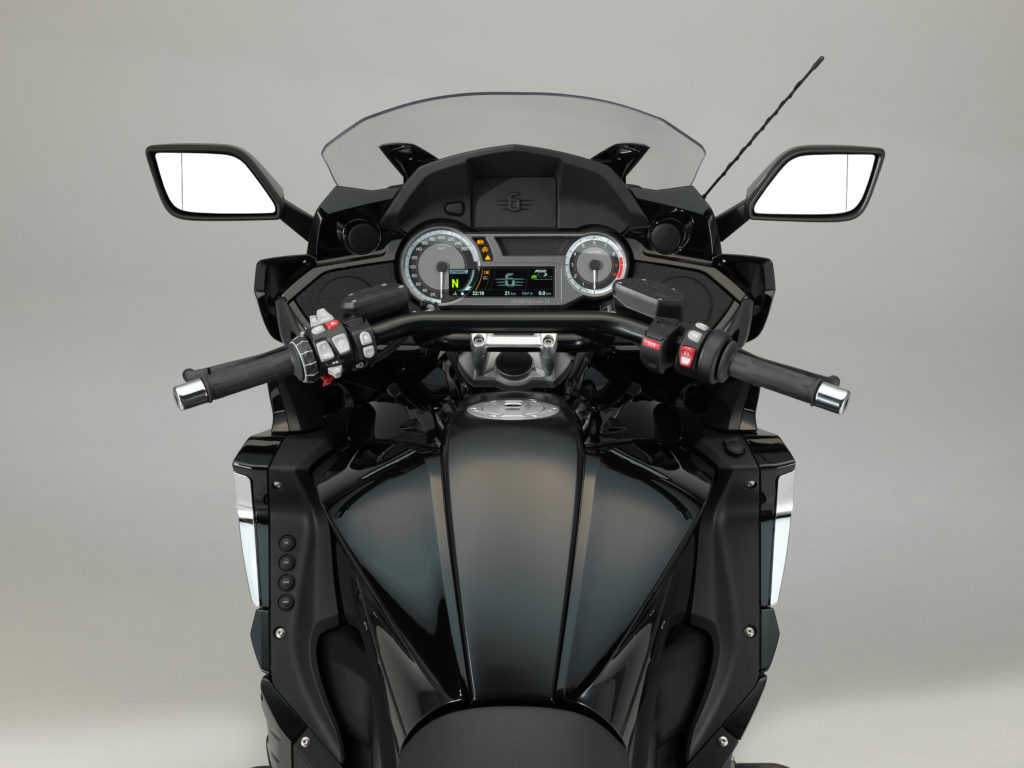 Comfort levels are high for the rider with an electronically adjustable screen for perfecting the level of wind protection and a plush seat that also happens to be heated, as are the handlebar grips. There’s a stereo with slightly disappointing speakers, cruise control, a hill-start assist system and a wonderful auto-blipper gearbox that makes the clutch virtually redundant.

These myriad functions are controlled by BMW’s unique multi-function control wheel that operates much the same way as its cars’ iDrive system.

In many ways the K 1600 B is a model designed by committee, and by all rights should be horrible. But it’s not, it is actually a superb motorcycle, bordering on the sublime. The ingredients are here for massive sales success because it turns the world of baggers on its head; but there’s no V-twin, no leather saddlebags and thankfully very little chrome.

Americans will probably hate this version of the K 1600, but for the rest of the world this might be the turning point, the beginning of a bagger revolution.

Story courtesy of The Sowetan and Times newspapers