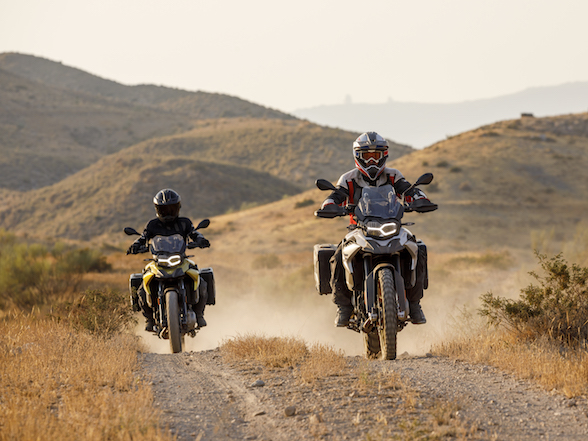 Story: Donovan Fourie
It’s been ten years since we first saw BMW’s middleweight, parallel twin F 800 GS take the stage, and since then there has been little in the way of big upgrades for it. In fairness, there has been little need for such things as even now the F 800 GS is a much lauded machine. The only major change we did see to this range is the dropping of the F 650 GS in 2012 to be replaced by the F 700 GS that featured the exact same 798cc motor as the F 800 only detuned.

Now, as part of their presentation at this year’s EICMA Show in Milan, BMW has unveiled two completely renewed F models – the F 850 GS and the F 750 GS. 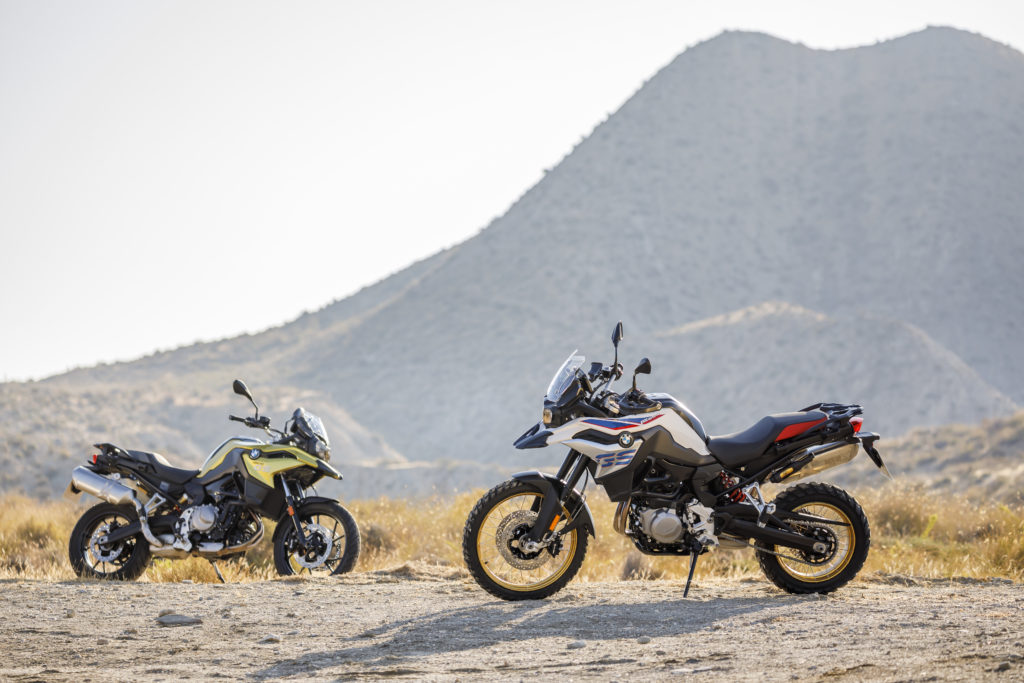 Like their predecessors, they both have the same parallel twin motor, with the 750 detuned, but they have grown to 853cc with both featuring more power and torque. Where the 800 pushed 85hp and 83 Nm, the 850 now shoves out 92hp and 92Nm, putting it very much in the class of the Honda Africa Twin. The 750 has been lifted from 75hp and 77Nm to 77hp an 83Nm; not a significant improvement but then power was never the goal of the smaller F series model.

Now on to matters even more interesting – the new motor features crank pins that have been offset by 90º, meaning the firing order is set at 270º/450º giving these models are more unique sound track and a power delivery that should be more user-friendly. The clutch has been given a new anti-hop feature that should further smoothen down changes and lighten the feel. 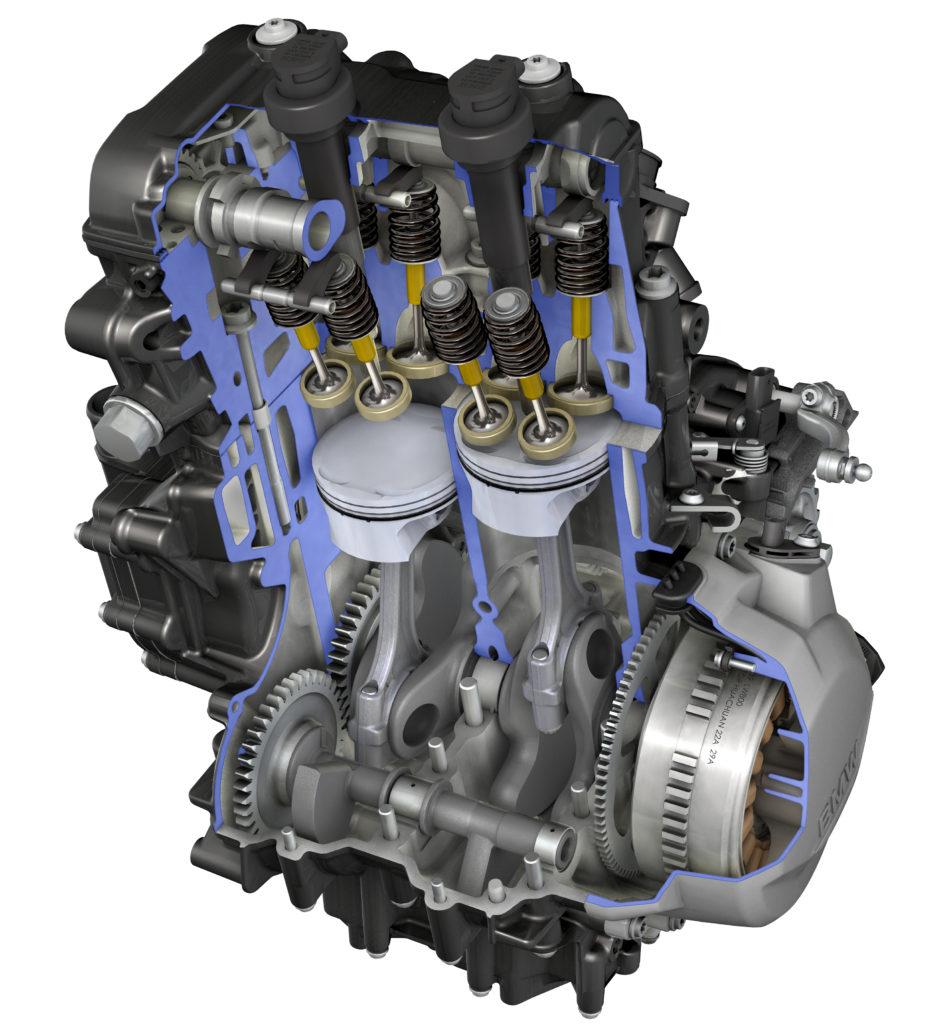 The chassis is also new and has a new steel bridge frame with revised rigidity and flex that they say will offer more stability and a better ride. The fuel tank is now in the traditional place between the handlebars and the seat, and the suspension has all been revised.

The designs are all new given them a more masculine look, and the wind protection has been improved. Both the 750 and 850 have the Exclusive variation, much like the 1200 GS, plus the 850 has a Rallye option. 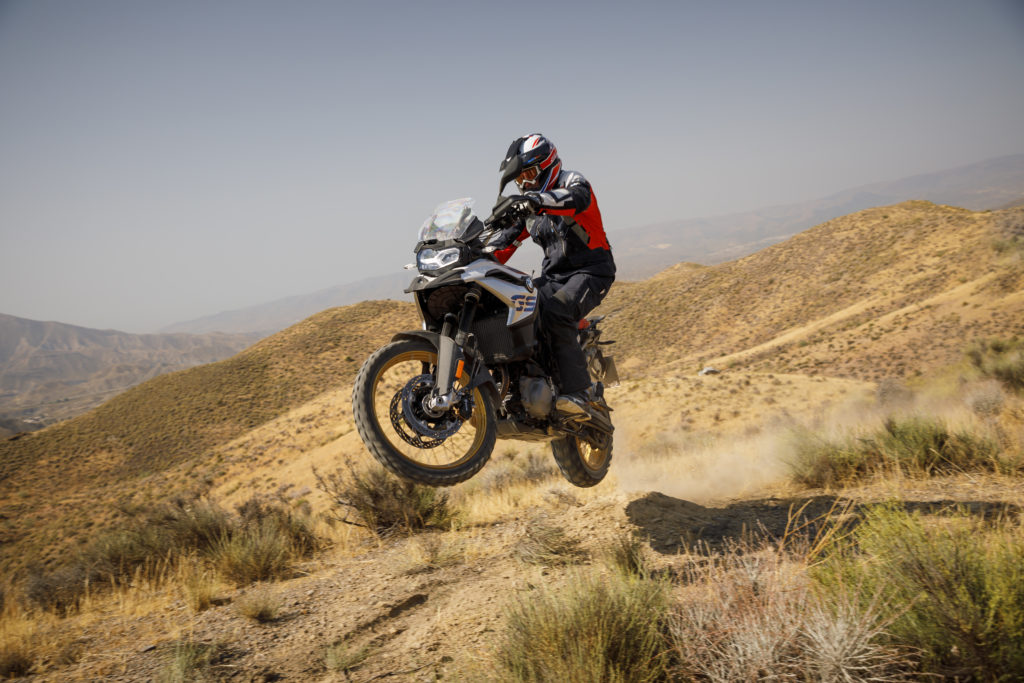 There’s a fresh batch of electronics, much of which has been inherited from the R 1200 GS, with RBW throttle offering a Rain and Road mode as standard, plus Dynamic and Enduro modes as optional extras, and a further Enduro Pro mode available for the 850. There is, of course, the standard ABS and ASC, plus the options of DTC traction control, ABS Pro and the ESA electronic suspension.

More so, there is the new BMW TFT dash with cellphone connectivity, and an LED headlight with daytime running lights.

For now we are not sure when they will be arriving in South Africa, nor what the pricing will be. This article will be updated once we find out.

To find out more, see BMW’s video below. Below that is a full image gallery: