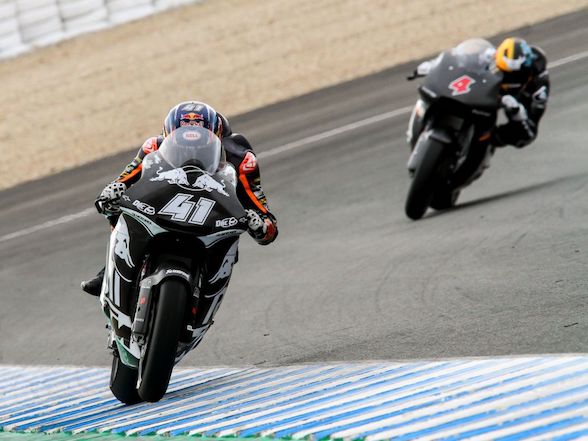 The two Binder brothers, Brad and Darryn, and fellow South African Steven Odendaal are at the Jerez Circuit in Southern Spain for a three day combined Moto3 and Moto2 test. Yesterday, they completed the first day, and were hoping to avoid the wet weather they encountered at the Valencia test last week, but had not such luck as rain fell in the middle of the day, meaning they could only work on setup in the morning and late afternoon, and even then they struggled with strong winds. 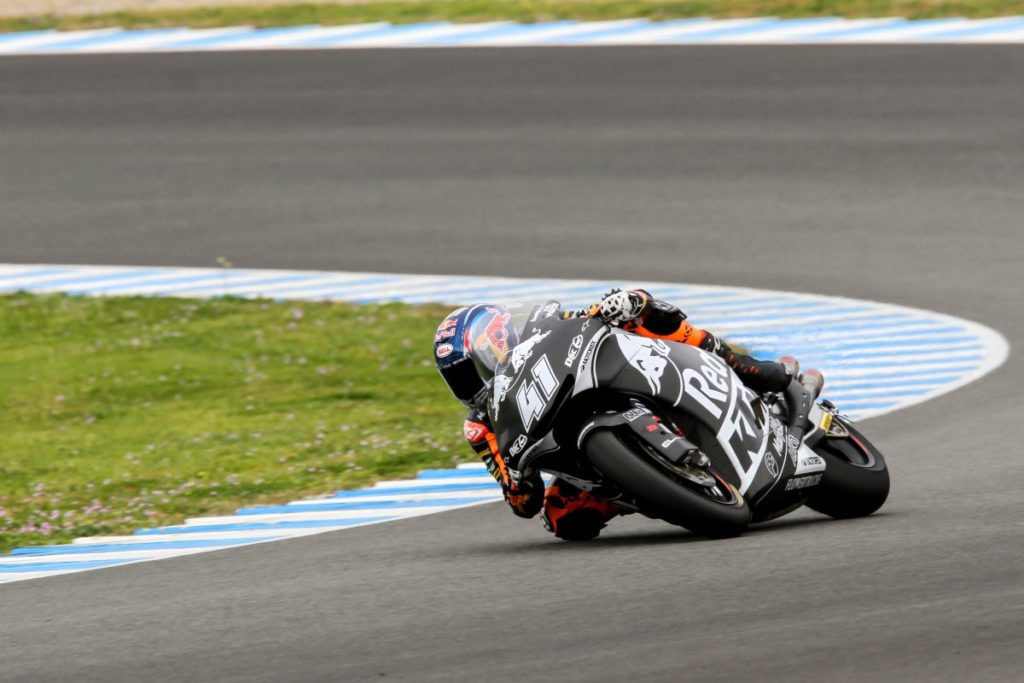 Like Valencia, Brad put in many laps, concentrating on race pace and working on setup, trying a few different options and attempting to get the best out of his new 2018 KTM Moto2 machine. In total, he completed 42 laps and ended the day in 11th place.

“The first day has not gone badly. Unfortunately we couldn’t ride in the second session of the day because it started to rain just as we were leaving the pits, and it was completely wet. The positive part of the day was the last run, when I started to feel more comfortable again and more steady on the bike. We were able to start taking steps forward with the setup. Being comfortable on the bike means we can focus on how to ride it, because the bike is very good. Tomorrow I think we can take a big step and get into a better position.” 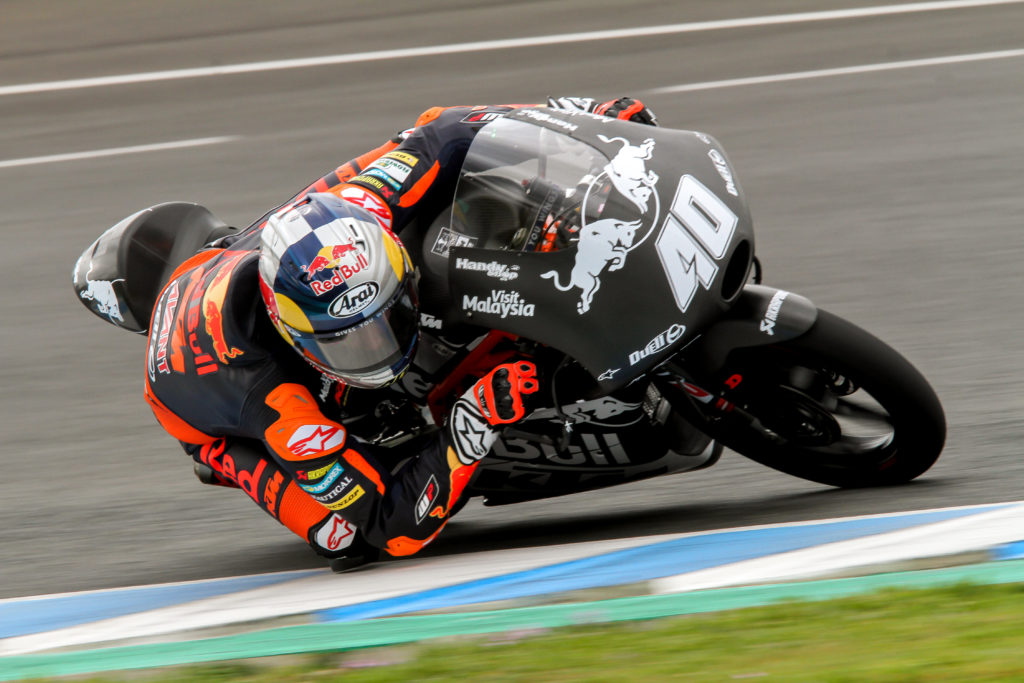 This is Darryn Binder’s second test as an official KTM factory rider in the Moto3 class, and again spent it trying to learn the new machine and work on getting the right setup. In total, he managed a massive 61 laps during the day, 16 of those were in the wet as the midday session was rained out. He finished the day in 18th place, and is closing the gap to the leaders every time he rides.

“The first day here in Jerez has gone quite well, basically because this has been a real day of testing. We were able to put in a lot of laps, although unfortunately the midday rain did not help us with our work on the setup of the bike. In any case, it has helped us to continue looking for a riding position on the bike with which I am more comfortable. It was a good first day with a good feeling. We hope to continue in the same way tomorrow.”

This is the first year for the new NTS chassis in Moto2, and it marks a return for the South African to the World Championship. Odendaal rode for NTS, a Japanese engineering firm, in the CEV European Championship last year, finishing in third, but that was a trial year for the team, and this year they step up to the big league.

The team continued to develop the new chassis, and Odendaal finished the test in 23rd place, less than 0.1 sec behind his American team mate, Joe Roberts.