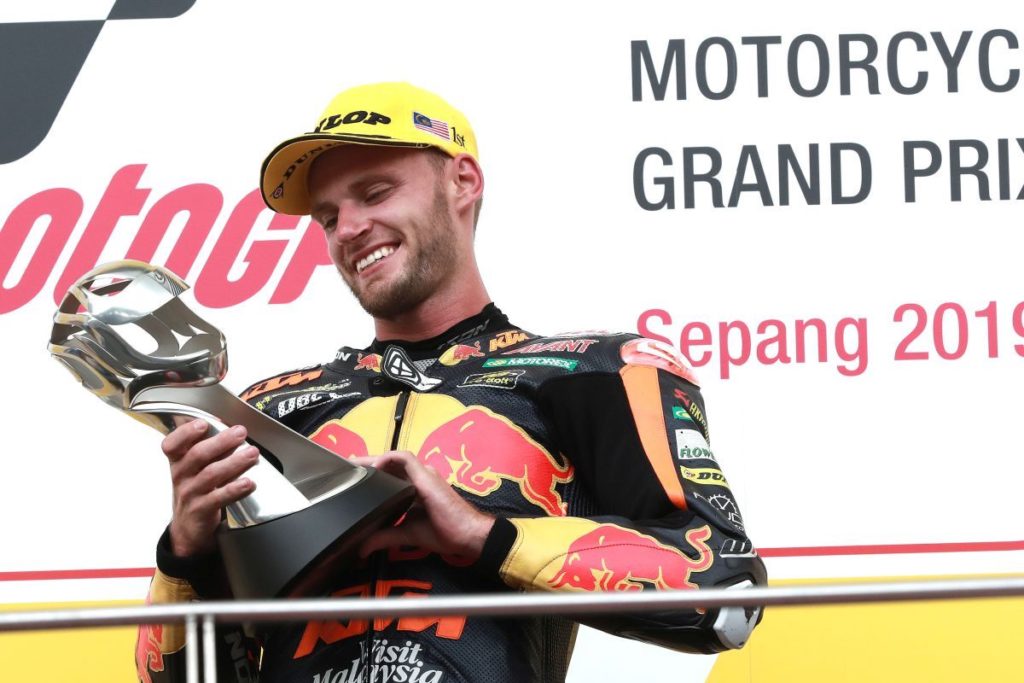 The Malaysian Moto2 race saw Brad Binder take his first back-to-back win on his Red Bull KTM since his championship-winning season in Moto3. After a torrid beginning of the year with KTM struggling to adapt to the new Triumph 765 and Binder struggling to maintain a top ten position in the championship, he is now the highest-scoring rider over the last eight races, winning four of them and finishing on the podium in six. We suspect that he not having a dud rear tyre at Motegi might have boosted those statistics a good deal more.

In fact, him not having broken down at COTA, not having a dud chassis at Brno and the tyre at Motegi could well have seen him still well within the championship chase after Sepang where Alex Marquez claimed the title. However, after battling to maintain a top ten place, Binder now finds himself in second in the points, a position he looks good to secure at the final round at Valencia. More so, if he does win in Spain, he will equal Marquez for the most wins this season and could very likely take the prize for the most laps led this season.

For the Malaysian race, Binder took the holeshot into turn one and maintained that lead until he made a mistake on turn six that saw him lock up the front and had to run off track, slipping him back to third. Three stunningly fast laps later, he was back in the lead where he stayed until the chequered flag. Alex Marquez held second, despite Binder’s attempts to manipulate the pace to allow fellow title challenger, Thomas Luthi, to catch up and keep the title chase alive. 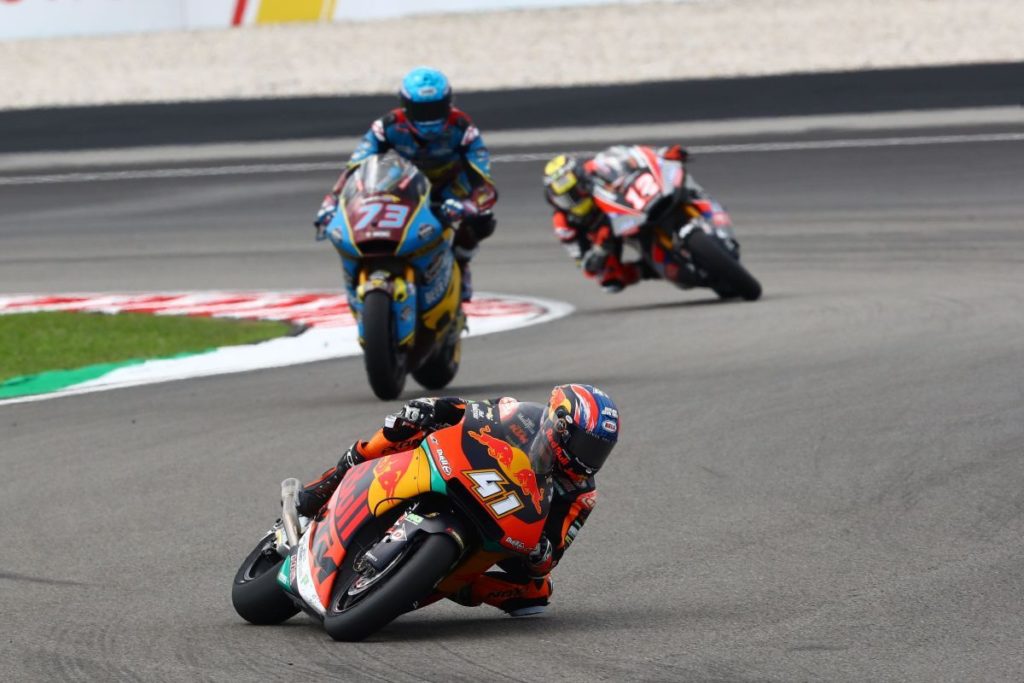 “The goal today was to win the contest. We gave it everything we had. I was close to crashing, and I had to run off track. Luckily, I pushed hard and regained the lead quickly. I tried to put the maximum pressure on Alex [Marquez], but today he put in an incredible race, and I have to congratulate him on the Championship. We did everything we could at the Malaysian Grand Prix, which was to earn the first position, and we have to be happy about that.”