Brad Binder races to fifth in the rain at Misano

in the rain at Misano

Brad Binder put on his best showing of the year in the perilous rain at Misano that saw more than 20 crashes during the Moto2 race. Binder not only kept it upright but ran the fastest pace on track towards the end of the race finishing with his first fastest lap in Moto2 and coming home in fifth.

It all wasn’t plain sailing for the South African has he struggled with his usual Friday and Saturday pace woes, finishing the day in 16th place. “At first it was a bit difficult to adapt to the Moto2 bike at this circuit. I had to work hard to find the right lines, but overall the day went well,” remarked Binder after Friday. “I’m having more problems with new tyres than with the used ones, something that – depending on how you look at it – could be positive in terms of the race, but we will try to improve in any case. We have to keep working a little more on the bike tomorrow and see where we end up in QP. It’s important to get a good position that will allow us to fight as high up the order as possible on Sunday.”

Optimism may be the way forward for career councillors, but not always in real life. With that, Binder finished Free Practice Three on Saturday morning in 24th place. This was not too much of a problem, though, as the KTM pair concentrated on used tyres instead of setting a fast lap. In the qualifying that afternoon, he improved to 17th place, 0.943 seconds behind the pole man, Mattia Pasini. While this might not be the greatest qualifying result on paper, it is above average for Binder, who is still battling to set a fast once-off time on new tyres. 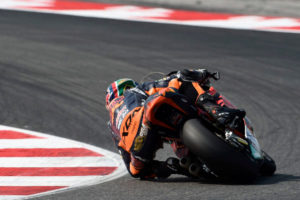 “Qualifying didn’t turn out as we had initially planned. I can take away the fact that I don’t have a bad pace and I can ride consistently -although I feel that I’m a little on the limit. We have to change some things with the bike so that I can feel there is more room for improvement. Overall, it’s neither the best, nor the worst result. Tomorrow when the race starts I know that I will be well prepared, and I believe that I can gain positions. I’d obviously prefer tomorrow’s race to be dry, but if it’s wet then it doesn’t change anything; we will give 100% and see what we can do.”

On race day, the crowds gathered as did the rain, and like the stalwart spectators, it looked ready to stay put throughout the day, offering a special on extra downpour during the Moto2 race. From a grid of 31 bikes, there were 15 DNFs and more than 20 individual crashes.

Binder got a good start, finding himself up in 14th on the first lap, but didn’t seem to be making much headway in catching the riders further up. “At the beginning of the race I saw many riders having problems, and it was not something that was reassuring. I also had a lot of difficulties.”

Many did go down, and by the time they reached lap five the South African was in fifth place, although some distance behind the pack dicing for fourth. But, as is the way with Binder, he settled down and his pace gradually improved. “When I calmed down I figured out how I could best ride the Moto2 bike in rainy conditions and what points of the track were really slippery. In those areas I tried to keep the bike as straight as possible, and where there was more grip I pushed a little more.”

Towards the end of the race he began setting a series of fastest laps, setting the fastest on the last lap before crossing the line in a personal best fifth place. ” Overall, I’m happy, it has been my best result in the class so far and I’ve achieved the fastest lap of the race. On the last lap I was very strong, because I wanted to overtake the rider ahead of me. I managed it, and I’m very pleased to achieve this Top 5 we had been looking for.”

Every race seems more comfortable for Binder as he adapts to the Moto2 machine. Even his body position seems more Moto2-like where the done thing is to seemingly have your face scraping along the ground. We look forward to seeing how he does at the next round of MotoGP at Aragon in Spain in two weeks time. 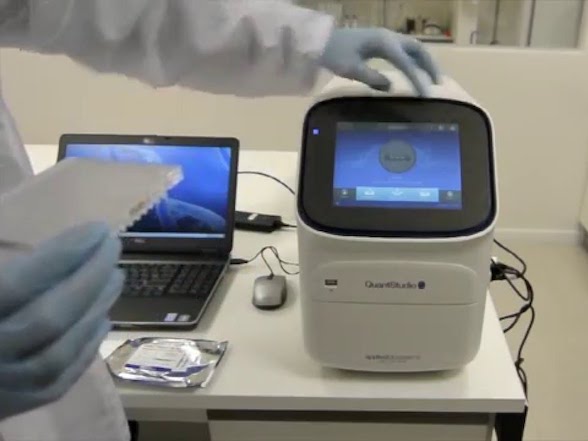