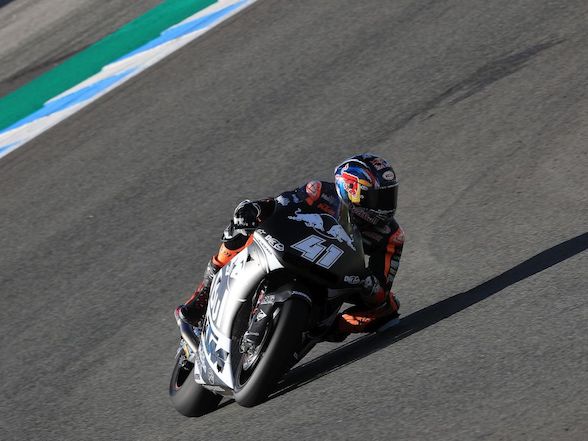 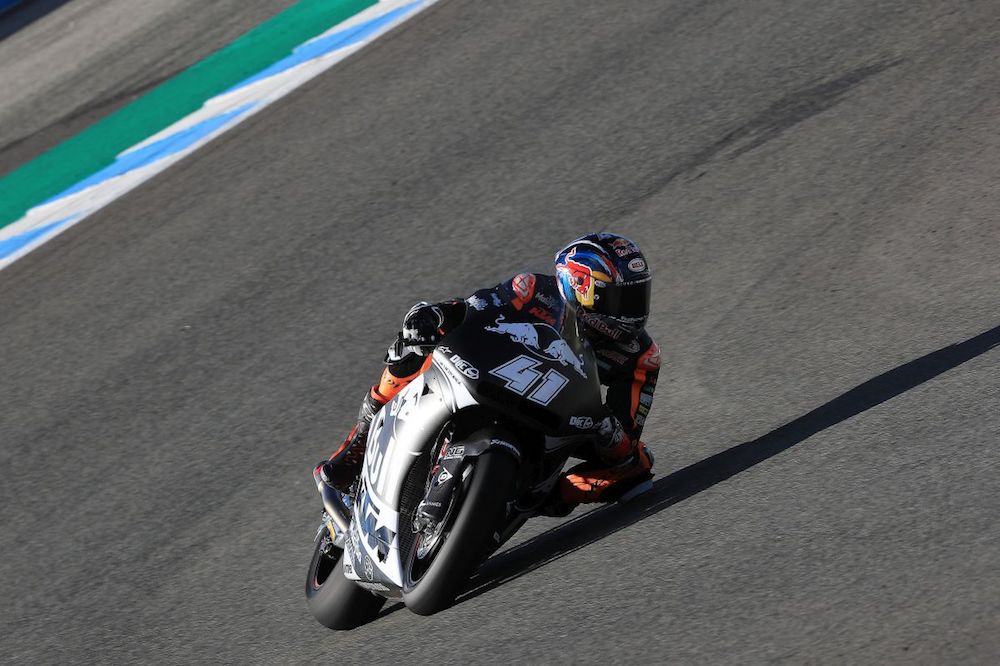 For 2019, the Moto2 class will get new motors and a new soundtrack. Friday marked the first public test at Jerez in Spain for the Moto2 teams with their Triumph 765-based triple motor, and the end of the Honda CBR600RR four-cylinder era.

Brad Binder seemingly undertook the sole testing role for his KTM team after his rookie team mate, Moto3 championship winner Jorge Martin, crashed out at Turn 2 and broke his foot, ruling him out for the rest of the test.

He completed 58 laps, a huge amount when you consider that the track was damp in the morning lessening the track time for the day. He spent most of that trying new things for the team, and yet was able to set the fifth fastest lap time in the final session and the eighth fastest time in the day’s combined standings. 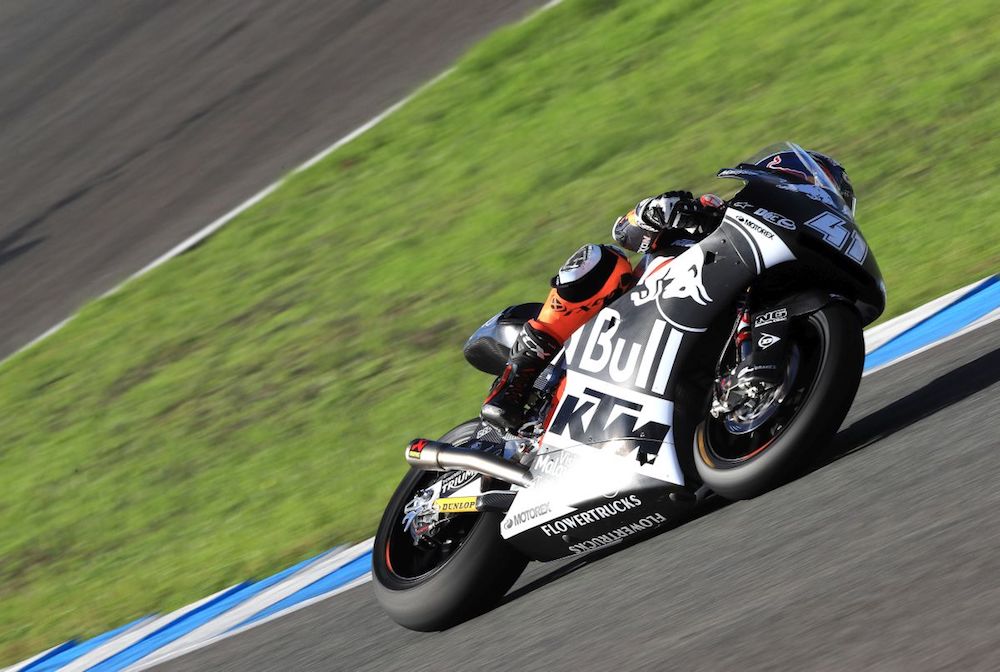 “Today was a good day. It was our first time with the new bike after the end of the season and we rode on a completely different track to last time. In general, I felt very comfortable and better as the laps went by. The team have worked very well; We have taken steps forward over the course of the day. I’m very happy with how everything went overall. We have a lot of work to do, but that’s the same for all of the teams. There is a lot to improve, but we have started in a positive way.”

The test will continue at Jerez for Saturday and Sunday.