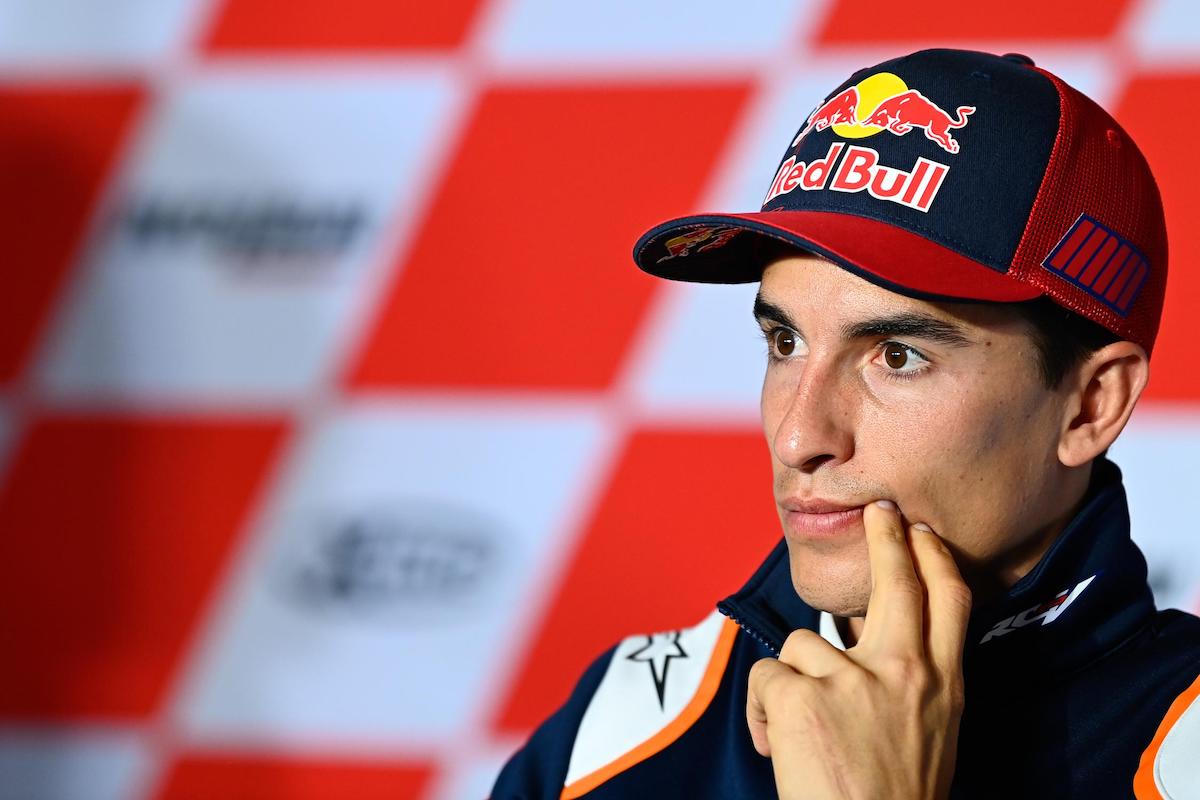 Today, Repsol Honda confirmed that Marc Marquez will be missing the Valencia round of MotoGP this weekend and the Jerez test following that. This is could be a big problem for both Marquez and Honda leading into the 2022 season.

The Spanish multiple MotoGP champion crashed an off-road bike while training last week resulting in a concussion that then led to him not competing in the Portuguese round last weekend. This raised some eyebrows, especially as we have seen the likes of Deniz Oncu return to racing a mere day after being knocked unconscious for ten minutes. Honda, who are becoming increasingly famous for hiding Marquez medical conditions, merely stated that the nine-times champion “didn’t feel well”.

There was doubt as to whether he would race this weekend, doubt that was legitimised after a press release today confirmed that he would sit out this weekend and the Jerez test after he was examined by Dr Dalmau: “The examination carried out on Marc Marquez today after the accident that occurred has confirmed that the rider has diplopia and has revealed a paralysis of the fourth right nerve with involvement of the right superior oblique muscle. A conservative treatment with periodic updates has been chosen to follow with the clinical evolution. This fourth right nerve is the one that was already injured in 2011.”

Diplopia is fancy doctor talk for double vision caused by the paralysis of the right superior oblique muscle, the muscle that is in charge of rotating the eye. The fact that this injury is a recurrence of the one sustained in 2011, when Marque was competing in the Moto2 championship, is perhaps quite concerning. Is this a long-term problem?

Whatever the long-term prognosis, Marquez being out of action no is a problem, not so much for the Valencia race because the championship is gone already, but more so for the Jerez test happening next week. It is the last test of he year before the winter break, and it is where manufacturers finalise their development plans for the winter.

This year, Honda has had some problems with its MotoGP development, a large portion of that can be attributed to Marquez being out of action for a year. Since 2013, development was led by Marquez, creating a motorcycle that was fast but only in his hands. With him recovering from his humerus injury, development responsibilities were given to Pol Espargaro, Alex Marquez and Stefan Bradl leading to, we suspect, some direction confusion.

With Marquez not being present at the last test of the year, Honda might have to do some guess work leading into winter. Perhaps its path is already well defined and might not be influenced too much by Marquez’s absence, or this could have effects that last for the entire 2022 season.

As with most things, time will tell.