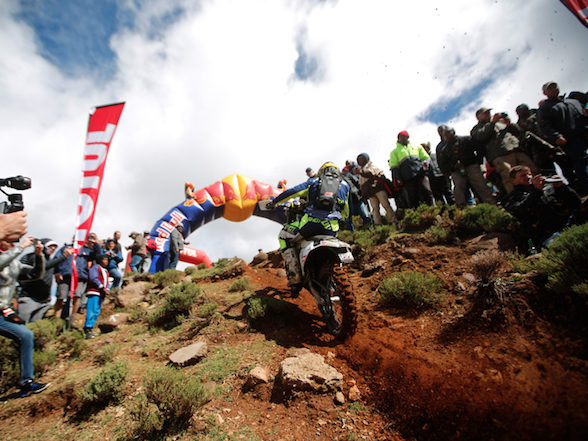 Africa’s oldest and most famous enduro, the Motul Roof of Africa, is set to see a complete change for Round The Houses, a new start location and 65% new routes.

Photos: www.zcmc.co.za
Africa’s end-of-enduro-season showstopper is fast approaching. The Motul Roof of Africa, notoriously known as the ‘Mother of Hard Enduro’, will put riders to their paces in the spectacular mountains of Lesotho from 5-9 December.

The event has unveiled enduro riding paradise for 50 years with dizzying altitudes and more 400km of unrelenting terrain to offer.
While participants have become familiar with the pounding trails, infamous climbs and popular ‘Round the Houses’ seeding event; the 2018 Motul Roof of Africa will come with some interesting changes.

The hard enduro action will kick off at a brand new start and finish venue this year at St. Anthony’s School in Ha Raboletsi, approximately 55 km from Maseru.

Route director Peter Luck said, “We needed to get new routes away from the Bushman’s area and this was the ideal place to access those routes. It is very difficult in Lesotho to find enough flat land to accommodate the Roof of Africa start, and we are very lucky to have found this spot which will also give spectators great viewing of the ‘Start and Finish’ stages in the valley below.”

The ‘new routes’ that Luck refers to have given the Roof of Africa a complete make-over – 65% of the event will comprise of trails that have never been used in this event before, and the remainder of the route will take riders to sections of Lesotho that have not been ridden in the last eight years. All these trails have been recced by Cross-Country legend Kenny Gilbert.

While the 2017 edition was deemed by some Gold riders as ‘too easy’, Luck explains that this year’s event will be quite the opposite:
“It will be a tougher route than last year. The routes in Lesotho are never easy, but that is what makes the Roof so unique and enjoyable for hard enduro riders.”

Another change set to shake the Roof of Africa is a break away from the traditional ‘Round the Houses’ route. In attempt to avoid the ever-increasing congestion at the centre of Maseru and make the event more accessible, the race will now take place at Maseru Mall.

Instead of using familiar tar roads, Luck announced an exciting twist:
“Round the Houses will be held on mostly dirt paths this year, and we’ve also thrown a few obstacles in. It will be a lot more accessible to competitors, service crews and spectators and bring an exciting new element to the Roof. Spectators and crews will also have access to many food and refreshment outlets.”