B. Binder fifth on grid in Australia after massive highside crash

B. Binder fifth on grid in Australia after massive highside crash 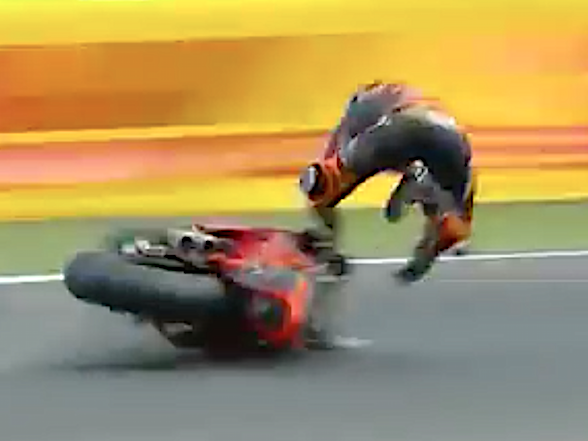 Brad Binder has had a promising Australian Grand Prix after finishing fastest on Friday. On Saturday things went less well as the morning was partially damp, meaning most riders sat out the first fifteen minutes.

Once the riders did venture on track, Binder suffered a huge highside crash going into the fast Eight sweep, a crash that looked like it was down to the cold right-hand side of the tyre.

Thankfully Binder was unharmed, and the team managed to repair the wrecked bike before qualifying in the afternoon where Binder once again found the form he had had on the Friday. He constantly battled for pole, but right at the end of the session was knocked down to fifth.

Still, as the stuck record suggests, Binder is usually stronger during the race than qualifying or practice, and him being this strong now is a worrying prospect for his competition. What is a concern for Binder’s fans hoping to see the South African take his third win of the season is what team orders have been put through. Binder’s team mate, Miguel Oliveira, is still in the run for the championship against Italian Pecco Bagnaia, but Oliveira didn’t have the same pace during qualifying and will start the race from 20th. 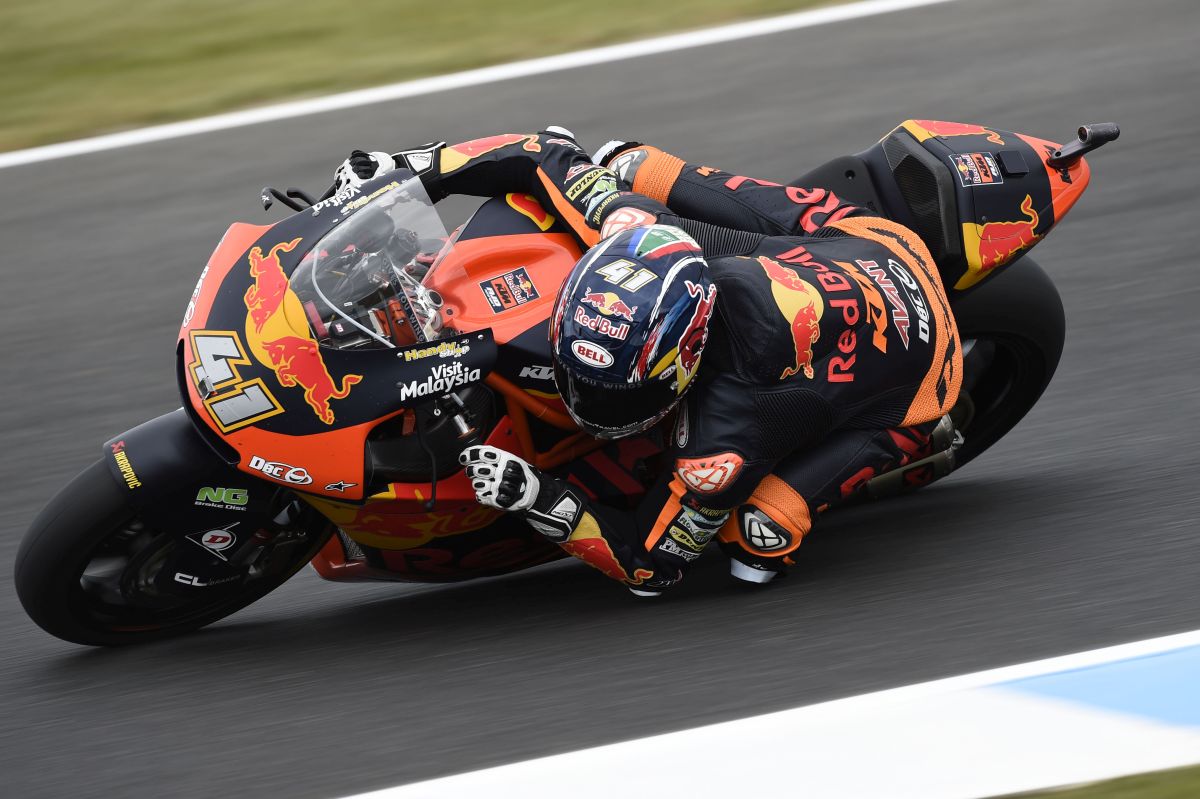 “First of all, I want to apologise to the team for my crash in FP3. I should have been more aware of the damp patches on the track. I have to thank all of the Red Bull KTM Ajo team, who helped to get the bike ready for QP. I’m very happy about that. Today was very difficult, because we lacked a lot of grip and I lost confidence with the front end. At the end of the last stint I decided to push hard and see where it took me. I got in some good laps and took fifth position. Tomorrow in the warmup I hope to find more rear grip, so that I can have a good race.”

Previous Post Breaking: Ducati Panigale V4S wins Pirelli SA Bike of the Year 2018
Next Post Brad Binder on Aus win: “It was a crazy race; I thought I was in Moto3!"