Austin MotoGP: Brad Binder “fifth position on the grid is something positive for the race”

Austin MotoGP: Brad Binder “fifth position on the grid is something positive for the race” 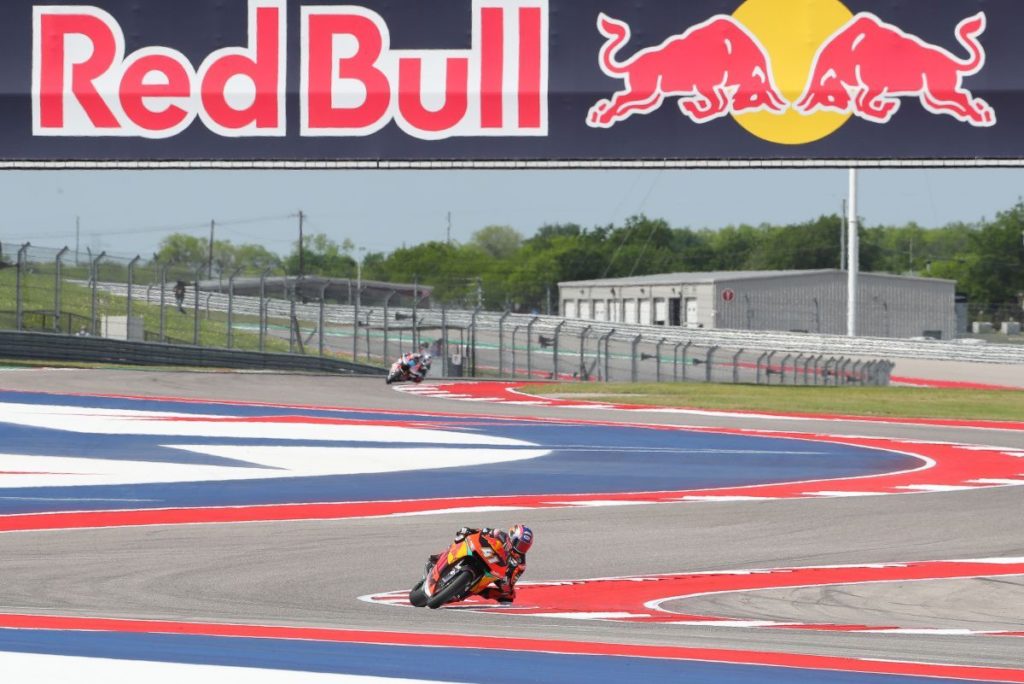 It’s been another difficult weekend for the Red Bull KTM Ajo Moto2 team, and all the KTM teams, at Austin as they struggle to match the pace of the competition at the technical and bumpy COTA circuit.

The Binder has been the leading KTM in all sessions, apart from Q1 that was led by his teammate Jorge Martin, but in FP1 and FP2 on Friday, that top KTM spot was ninth, more than a second down on the leader. Much of this could probably be down to the ever bumpier surface of COTA that, this year, seems to be more resemble a supercross track that a MotoGP circuit, that is probably causing more problems for the stiff KTM chassis than the others.

FP3 was rained out on Saturday morning meaning Binder had less time to work on his setup. However, Q1 saw him ride to third, and Q2 saw him in fifth on the grid, still the top KTM rider and a marked improvement on his practice pace. 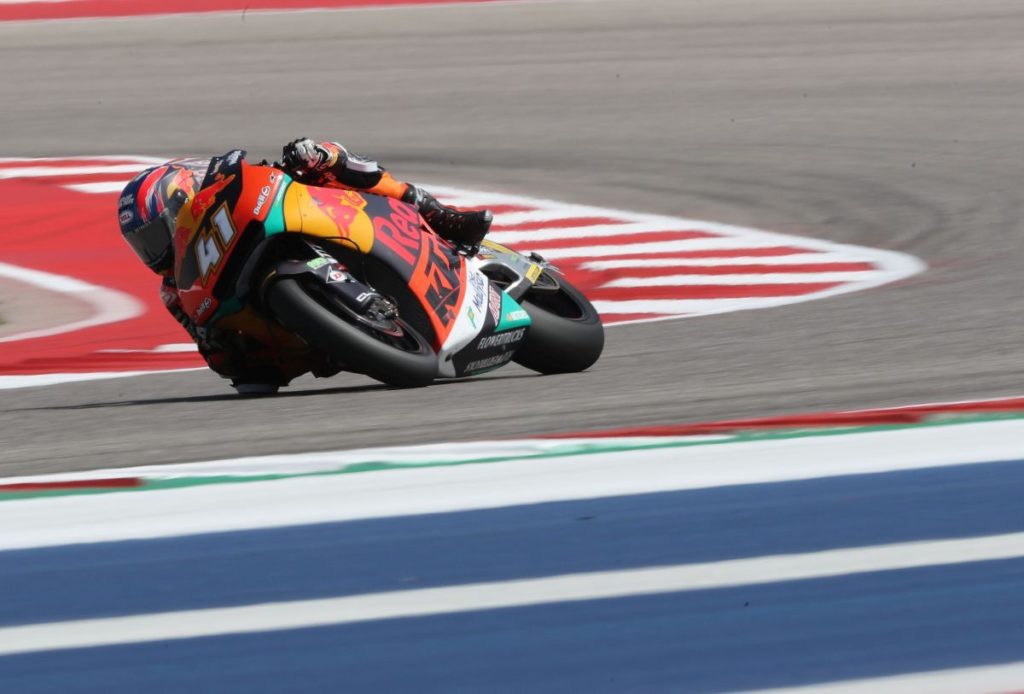 Whether or not this will translate into a better race pace will have to be seen during the race today at 19:20 South African time.

“Today was a tough day in general. After not being able to ride in FP3, we still had some issues in Q1. However, starting from fifth position on the grid is something positive for the race. I feel that we still need to make some changes that will allow me to be more comfortable on the bike. The important thing is that in both sessions today I learned a lot and tomorrow I will put all this knowledge into practice. I want to thank the team for the hard work they have done.”