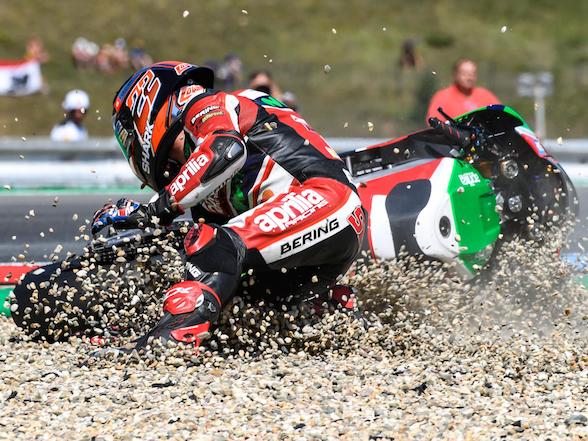 Aprilia MotoGP rider Sam Lowes has found himself wrapped up in a complicated game of musical chairs, and as is the proverbial way, nice guys finish last.

It started with Moto2 title leader Franco Morbidelli being signed to the Marc VDS Honda MotoGP team, a signing that put a good deal of pressure on their current riders Jack Miller and Tito Rabat whose seat for next year was now looking uncertain. This pressure was turned up further when Jack Miller lost his HRC contract, meaning that Honda would no longer pay his salary nor provide a free motorcycle for him. Obviously this became a problem for the private Marc VDS team that may not be able to afford the fee of an extra rider plus a bike for 2018.

This problem was short lived, however, as it was announced this week that Miller would be riding for Pramac Ducati, a team that has been strong all season, especially with Danilo Petrucci who has often achieved near front runner pace. Although now Petrucci being teamed up with Miller left current Pramac rider Scott Redding without a seat for next year. While the Englishman has mostly failed to match the pace of his team mate – a predicament mitigated by Redding having a GP16 Ducati rather than Petrucci’s GP17 – his pace is by no means enough to warrant his departure from MotoGP. This is where Aprilia steps in.

Sam Lowes was signed for the Italian factory from Moto2 after showing promising, if often inconsistent, pace. Since then, both rider and team have had a fairly dismal time of it. Lowes crashed in November preseason testing, and has since failed to shine. He has so far, after ten races, finished in the points just twice, crashed out four times and is currently last out of the full time riders in the championship standings. What’s more is that Lowes’s team mate, Spaniard Aleix Espargaro, has so far shined on the Aprilia, achieving regular top ten results. 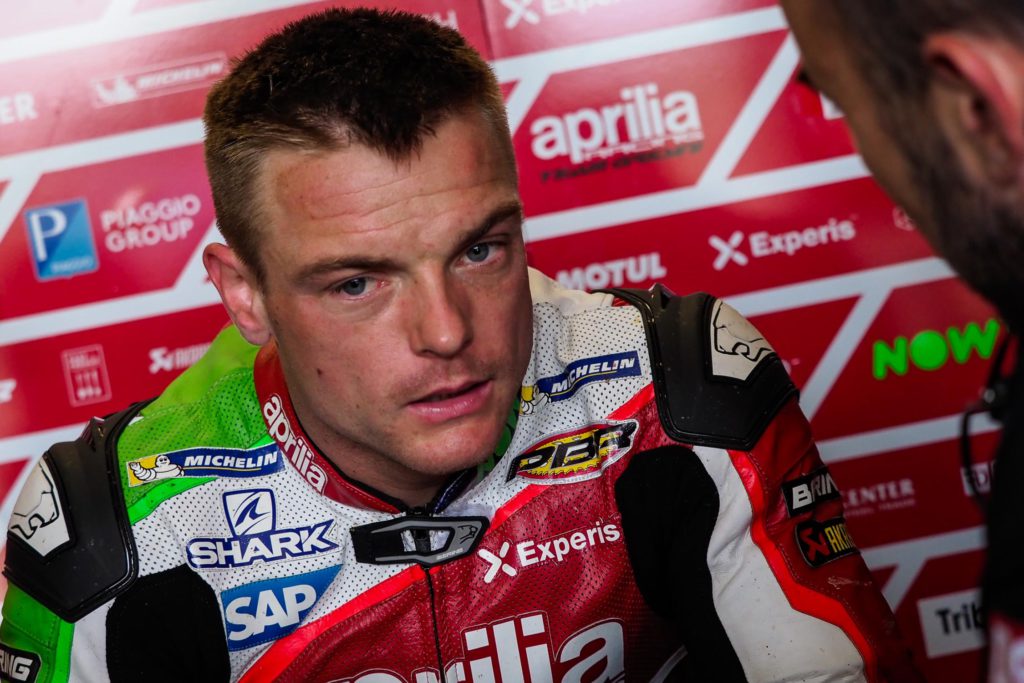 There has been some positives – Lowes is after all a rookie on a 260hp motorcycle, for most of the year he has not been on the same machine as Espargaro with Aprilia choosing to keep him on older equipment, and he has often been cited by other riders as one of the nicest guys in the paddock.

Unfortunately, Aprilia were not looking for nice when they were hiring. They have been hinting at ending Lowes’s two year contract early for some time, and Redding’s availability seemed too good an opportunity to miss.

This might be a good opportunity for Redding too. He started in MotoGP four years ago after narrowly losing the Moto2 title to Pol Espargaro, taking in first steps in the premier class on a customer Honda and then a full factory machine. While this sounds ideal, he had a hard time of it, battling to gel with machine that was designed for the the smaller framed Marquez and Pedrosa rather than the lanky Englishman. He moved to the Pramac Ducati two years ago and was immediately more at home, often reaching or at least threatening top ten positions. Now he is moving to the ever improving Aprilia with the ears of the factory at his disposal, and Aprilia now have a rider with the experience of two other MotoGP machines plus they now most likely require less budget for fairings.

For Mr Nice Guy Lowes, things are not looking too promising. The only other MotoGP seat that looks likely to be available for next year is on an Avintia Ducati, but he will be jostling for it with their two current riders, Hector Barbera and Loris Baz, plus the other Marc VDS rider Tito Rabat and a host of Moto2 hopefuls. His other options are to return to Moto2 with the hope of winning there and re-alighting interest in him, or join his brother Alex in World Superbikes.

I quite like that idea. Maybe, with his do or die attitude, that series will be a little less dull.