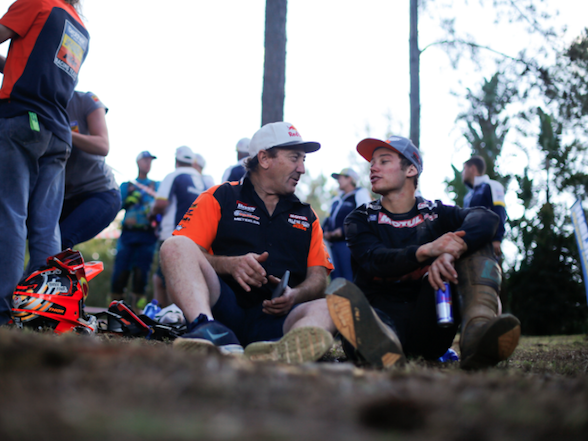 Alfie Cox on his son’s win: “Bradley has never felt that he has to fill my boots”

Courtesy: www.zcmc.co.za
The penultimate round of the National Cross Country Championship took place in Swaziland this weekend. The event saw South Africa’s top racing talent set off to conquer rolling hills and uncharted forests in an attempt to salvage every last championship point left.

In amongst the crowd of highly-entertained spectators was motorsport legend Alfie Cox, who witnessed his son storm to the overall victory. The young and upcoming Bradley Cox took the lead in the early stages of the 320km route, and managed to hold the gap on a strong group of riders chasing him down.

It was a win that came down to the wire as Bradley Cox finished just seconds ahead of his closest competitor, KTM’s Jarryd Coetzee. The race for the OR3 Championship has now been brought back to life as riders prepare to fight tooth and nail at the final event of the season next month.

“I had to really dig deep to hold onto that lead going into that last lap. It was a long day out there, and the varied Swaziland terrain was extremely demanding. So good to have my dad here to support – he has a lot of experience and gives solid advice,” said young Bradley Cox. 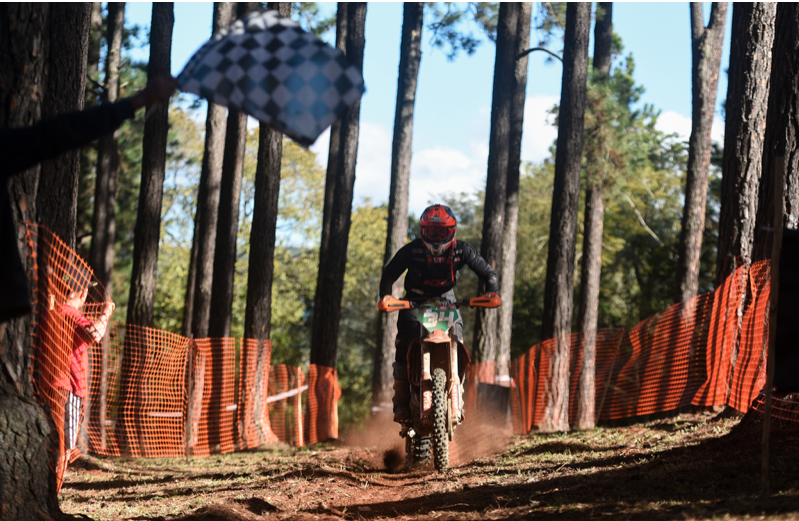 To have witnessed his son’s glory was especially significant for Alfie Cox, who happened to claim his first ever victory in Swaziland 30 years ago.

“Bradley has never felt that he has to ‘fill my boots’, and I’ve never put that pressure on him either. I don’t need to live out my dreams through my son, I’ve achieved what I wanted to in this sport and Bradley is becoming his own champion. I provide the tools he needs, but the motivation and dedication it takes to win – that’s all from him,” said Cox.

Adding to excitement was the battle that unfolded in the premier OR1 Class. It has been one of the tightest championships in years with Ross Branch and Kenny Gilbert racing neck-and-neck for the prestigious title.

Branch had some bad luck at the time trial on Friday when he partially flooded his bike at a river crossing. His Brother Leader Tread KTM team worked late into the night to get him back at the start line on Saturday for the main event, but the penalty ultimately saw him set off in 15th place.

In a true ‘never day die’ attitude, the rider managed to claw his way back up the leader board to finish the race in second behind Gilbert.

Branch managed to save his championship lead which he now holds by a mere three points. Race fans are in for an epic season finale where a victory for either Gilbert or Branch will see them win it all.