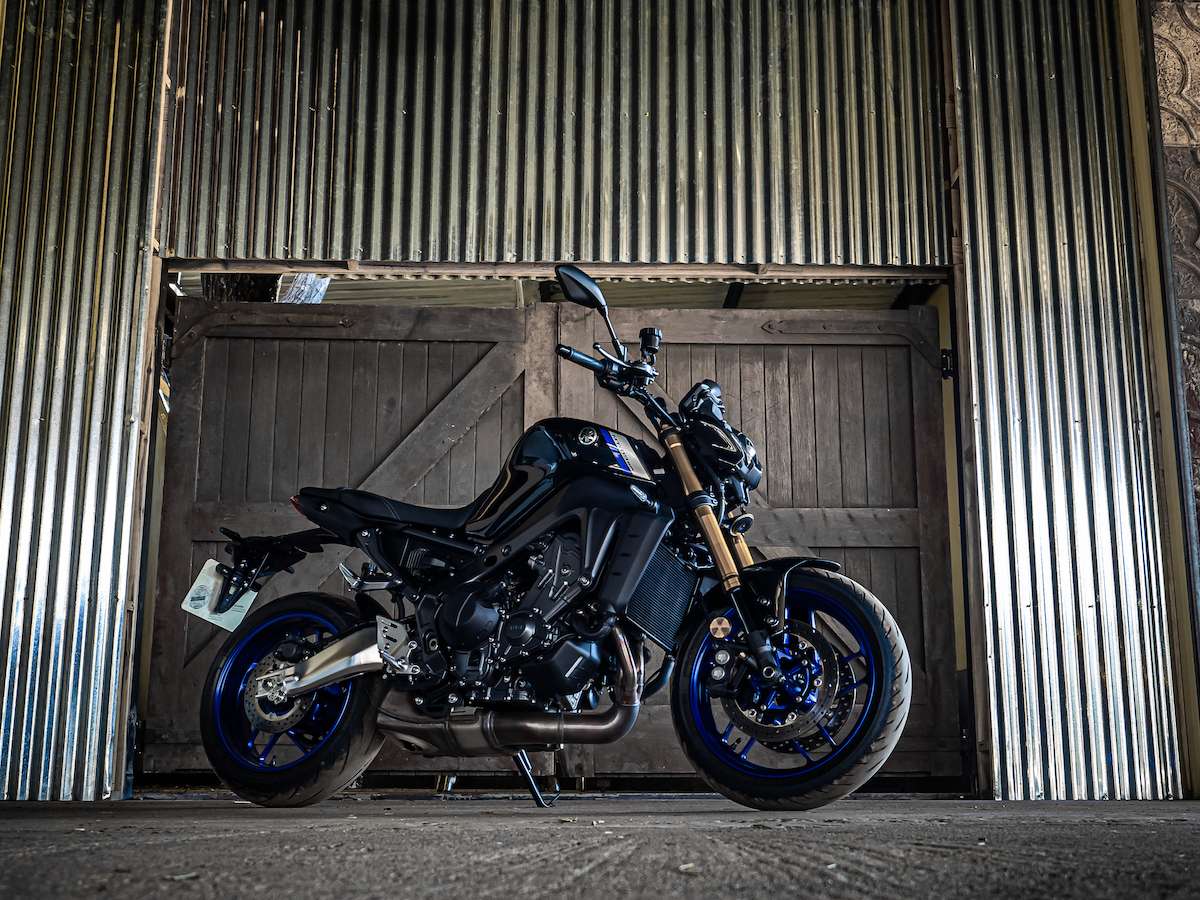 Exciting stuff sells. Us reading this now already fully comprehend this seemingly obvious wisdom, and yet there are the mass unwashed out there that believe maturity and sensibility are what the public wants.

What a bunch of doo-doo heads!

Even worse, there are those who believe that even if the public wants excitement, what they actually NEED is maturity and sensibility, and they should be forced to have it even against their will. Luckily, most of those sorts of people are either behind bars or driving cars, so we can ignore them.

Indeed, exciting stuff does sell, which is precisely the epiphany Yamaha had in the early 2010s and sought an addition to its line-up that wasn’t figuratively beige.

What they came up with was the MT range, a series of half-naked/half-motard street bikes that the head of Yamaha in Europe openly stated were designed to make their line-up more exciting. And it worked – the MT bikes have consistently found themselves at the top of Yamaha’s best-seller list, often towards the top of the best-seller list of all motorcycle brands.

The MT-09 remains a class favourite for excitement – that motard feel coupled with a funky triple motor is a factory for mischievous grins and has been so since its first introduction in 2014. The soundtrack resembled a racer from the 70s, it was easily flickable through town, and the grunts output could lift the front wheel with nothing more than a thought. It ticked all the boxes…

…well, almost all of them.

The one place it did fall short was handling. It tipped into turns quickly enough, and it was lightning fast while flipping through traffic, but as soon as it tried anything resembling hard leaning, things went wayward. It felt as though the frame was made of bubblegum and the front wheel went wherever it damn well pleased irrespective of the rider’s wishes. Even in the less cornering heavy arena of public roads, the bike had a disconnected feel.

It’s a fierce motorcycle, and you can tell it’s fierce because it looks fierce – the black bodywork has been kept to a minimum, the new LED headlights are small and piercing, and on either side of them are two flared nostrils ready to smite the unworthy with flame.

The stroke of the triple-cylinder motor has been lengthened, increasing the capacity from 847cc of bang to 889cc. The horses go up from 113 to 117, and the torque goes up from 87Nm to 94Nm.

Donovan from ten years ago (who was better looking, better dressed and had better functioning tendons than Donovan now) would’ve been screaming his lungs out at the very idea of this. Power is the goal! Make them faster! Donovan now would’ve asked how often people spend riding with the bike at full throttle on the redline versus at part throttle in the midrange, and surely that’s where you want the most oomph. Donovan ten years ago would’ve shouted and screamed at the idea of being out-logic’ed and have stormed off to his room. Donovan now would’ve shrugged dismissively and carried on watching Downton Abbey.

The bike is faster and faster at every point on the rev range and throttle opening. And, yet, at the same time, less wild. Previous generations of the 09 were criticised for a throttle that worked like a light switch. With the new fly-by-wire system is smoother; bouncing the front wheel is now optional.

The new Brazilian bikini model throttle is also now connected to a six-axis IMU, bringing with it a new traction control, wheelie control, cornering ABS, and up and down quick shifter, all smuggled out of the R1 superbike department. These are controlled via a new dash that isn’t the flat-screen tv seen on some of the latest bikes, but it’s easy enough to read and navigate without a map.

And there we have it – good looks, great motor, magnificent technology, the MT-09 is shaping up to be a grand evolution of its predecessors. Except for one thing – it bloody well handles.

The new aluminium frame is stiffer than the previous one plus, and this is a big one; it’s 30mm lower in the front – 30mm! In everyday language, 30mm is an unnoticeable glitch. To an engineer, whose vernier measures up to three decimal places, 30mm is the distance to Jupiter.

To riders wanting to navigate a corner without their mortality being brought into question, it’s Jupiter bliss. The front feels as though said engineers remembered to attach the front to the motorcycle with something more than Prestik. Actually, it’s stuck pretty damn well. The seating portion is still relatively high and straight up, like the street motard reputation it has developed. Like the previous model, it still tips on a dime, except it tips further, and it stays there.

With the SP, it goes yet further. The front forks are from KYB, and the rear shock is from Ohlins. This lets the rider push that extra step, braking harder and later into the turns, holding the line even better when the throttle is rolled on.

This puts the 09 in a new predicament. Previously, with its wayward handling ways, the 09 was more of a super-commuter, dominating the byways on the way to fulfilling our human destiny of labour for coin. Now, it has to face the might of the thoroughbred naked sportbikes, like the KTM Duke 890 R and the Triumph Street Triple RS, both in the realm of country roads and even the crucible of the track.

KTM and Triumph should perhaps be concerned.