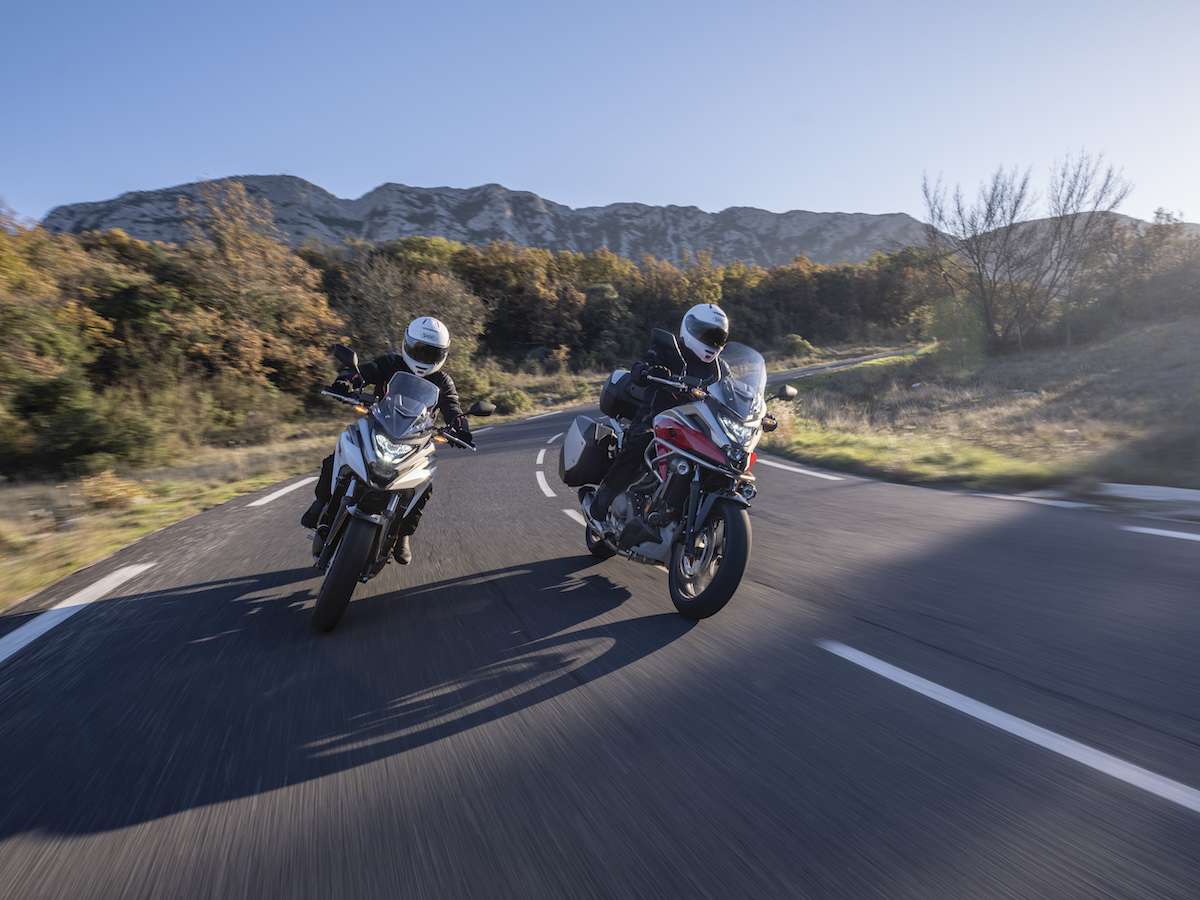 This story has some sort of resemblance to one of those cheesy Hollywood romantic films – guy meets girl, they don’t get on, they fight, things happen, and they get married. It’s a sickening cinematic paradigm that has lasted the ages.

This particular romance started in 2012 when I met the Honda NC700. It’s was reliable, comfortable, practical, economical and devastatingly dull. It was like that sweet librarian girl that, when you did the Hollywood crash make-over except that removed the tight bun and applied lipstick, was still just a librarian girl.

That’s how romances start – hate followed by a fight. Of course, the resulting road test wasn’t flattering, and hate mail was sent by economy pundits in their multitudes. Like a mother who is upset that you’re not interested in that “nice girl”.

So the scene was set, and the two rivals have sworn off each other for life, but the law of narration dictates that their star-crossed lives are now entwined.

Two years later, I was invited to another launch – the now NC750. The librarian girl had undone her top button, and her new skirt was showing ankles.

A pattern was emerging – every two years, the NC displayed much the same reliability, practicality and economy as before but with added spice and sauciness.

And here we are in 2021 – again, we meet, and now things are very different. Previously, the Honda NC press bumf mostly boasted about the usual reliability, practicality, economy and other noteworthy but coma-inducing tedium. Now, the main word is “fun”. Can you imagine? Honda, what has got into your head?

Well, there’s a good chance that they’ve looked over at people like Yamaha, who have rivalled Honda with their MT range of motorcycles with the slogan “excitement”. To date, the MT range remains towards the top of Yamaha’s bestseller list, so obviously, people want some fire in their lives.

And Honda has responded.

Here we have Sandy wearing tights and a perm in the last scene of Grease.

The headline changes for the 2021 NC750 are an increase in the redline by 600rpm resulting in a power increase from 54hp to 58hp with a slight boost in torque from 68Nm to 69Nm. This is all carrying a motorcycle that has shed six kilograms of belt size, reducing the wet from 220kg to 214kg.

Under the hood, there’s a new, larger cubbyhole that can fit most full-face helmets. Go further, and there’s a new ride-by-wire throttle offering three rider modes, traction control and DCT settings that match the rider mode.

There’s a new digital dash that isn’t quite the flat-screen TV we’ve seen on other models, but it looks good enough.

On the front end, the librarian has added blush, mascara, lipstick and the whole works. There are sharper lines and a new LED headlight display. Dare I say, it looks damn sexy.

The seat is 30mm lower for short stuff like me, making the NC a doddle around town.

Thumb the starter, and you’re rewarded with a raspy, sonorous soundtrack. Normally, I’d cringe at a sentence like that, and I apologise unreservedly to everyone still in post-cringe recovery, but it’s a big deal on this motorcycle. The first NC700 sounded like a vacuum cleaner with a bag that was ten years overdue a change. The subsequent models were improvements but still not something to inspire wonder. For 2021, Honda made it part of their “fun” goals to add some drama to the soundtrack, and they have succeeded magnificently. I’d go so far as saying it might turn heads.

Out on the open road, the first NC700 would gasp and wheeze. The poor thing would dawdle its way up the rev range, endlessly bogging, and as it felt like something akin to a power band was about to kick in, boom! You hit the most severe rev limiter the world has ever known.

That was another era. We are different people now.

Cruising through the open roads near Harties, the NC750 felt like a “real” motorbike. Sure, there’s four horsepower stacked on the top, but the trick with modern motorcycles is the amount of extra horses shoved in the midrange, where most people spend most of their time.

It felt superb – a quick indemnity, we are still talking about an NC, and we are comparing it to previous NCs. At no stage are we leaving fiery trails in our wake as sonic booms shake the ground beneath our feet, but we are also far from nodding off in a narcoleptic dwaal.

The seating position is luxuriously good. In fact, it is said that designers from other manufacturers got their ergonomic dimensions from wandering into their local Honda dealership with a measuring tape and surreptitiously taking some lengths. True story.

The launch took us through the rural byways of Hartbeespoort, and this was very much on purpose. As the head of Honda Motorcycles South Africa, Riaan Fourie (no relation, and we are sure he is thankful for that) pointed out, this machine has extended beyond merely getting people to work. It has all the qualities of a good commuter, but then there’s more.

They have the usual manual option with a new slipper clutch that reduces the force needed to pull the clutch lever – it is indeed very light. Then there’s the DCT automatic version that has improved greatly since the clumsy first iterations, although appreciation for this system it depends on the rider – on the launch, those that drive manual cars got frustrated with it, whereas people like me, who laze around in autos and are used to it’s somewhat delayed adaption, found it delightful. Through traffic, it must be glorious.

The suspension is simple, yet it works. The ride is cushy enough even on some of the more challengingly dilapidated tarmac, and the bike is stable enough not to put you off attempting some corners. The screen is tall enough to keep the wind off your helmet and, if you’re of the taller persuasion, there is a bigger screen available in the catalogue. There’s also spotlights, crash bars and all sorts. With all that get-up stuck on, the bike looks remarkably like a road-going adventure machine. Hell, you could probably tackle the more timid dirt roads; why not? As a matter of fact, the smaller, lighter nature of this machine will better suit many riders who find the current crop of adventure behemoths overwhelming. Plus, it’ll be a cheap adventure.

Speaking of which, part of the launch was an economy test – the Honda crew filled every tank at the halfway mark and measured how much fuel each journalist used at the end. It was a 34km ride encompassing both rural roads and some highways. The results were intriguing.

Bill Hunter, on the other hand, left the garage at full taps, changing gear on the rev limiter and achieved 34km more with an economy of time than fuel.

With both these markets covered, I chose the middle ground, riding at a chilled pace between 100km/h and 120km/h, much like ordinary folk do.

After the calculations were made, I had managed 34km/l, a laudable figure that surprised even the Honda chaps. Bill, with his throttle open hooliganism, notched 21km/l. We thought it would be far worse.

In conclusion, the NC is a machine that has grown from its beginnings as a means of transport for those who use their brains more than any other organ, to a machine that will still move human beings about with sensibility while at the same time lighting the fire that got us into motorcycling.

They have really done an annoyingly good job.