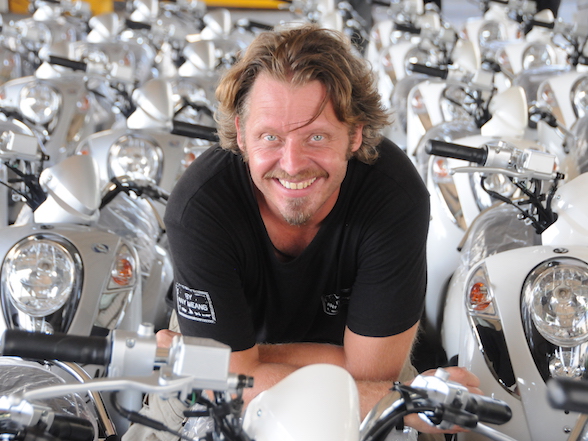 Charley Boorman to do a live

He and his team will be based in Cape Town as they prepare for the ride from Cape Town going north to the Skeleton Coast of Namibia and onwards to the ‘Smoke that Thunders’, Victoria Falls, Zimbabwe. From there they continue south to Botswana and then travel across the border to Johannesburg. The last leg of this journey takes them over the ‘Kingdom in the Mountains’ Lesotho and Sani Pass, finishing back in Cape Town in October.

Charley’s live show has toured the UK and Australia, it’s a fun evening of anecdotes and video clips tracing his life as a boy back in Hollywood and through to his Long Way Round exploits with Ewan McGregor. The show ends with an audience Q&A, book signings, photos and “maybe a beer!”

This year Charley’s new book Long Way Back, that tells about how he return to his passion for biking after being knock off his Triumph in Portugal and suffering from multiple injuries, plus tells of his life in Hollywood as a child actor, has been an instant hit with fans around the world and Charley will be available for signings and pictures at the show.

Tickets for his live show will cost R350 per person and can be booked online here. To receive a 10% discount, insert the code BIKESHOW10 into the discount voucher slot.

You can also win two tickets. To do so, see here.